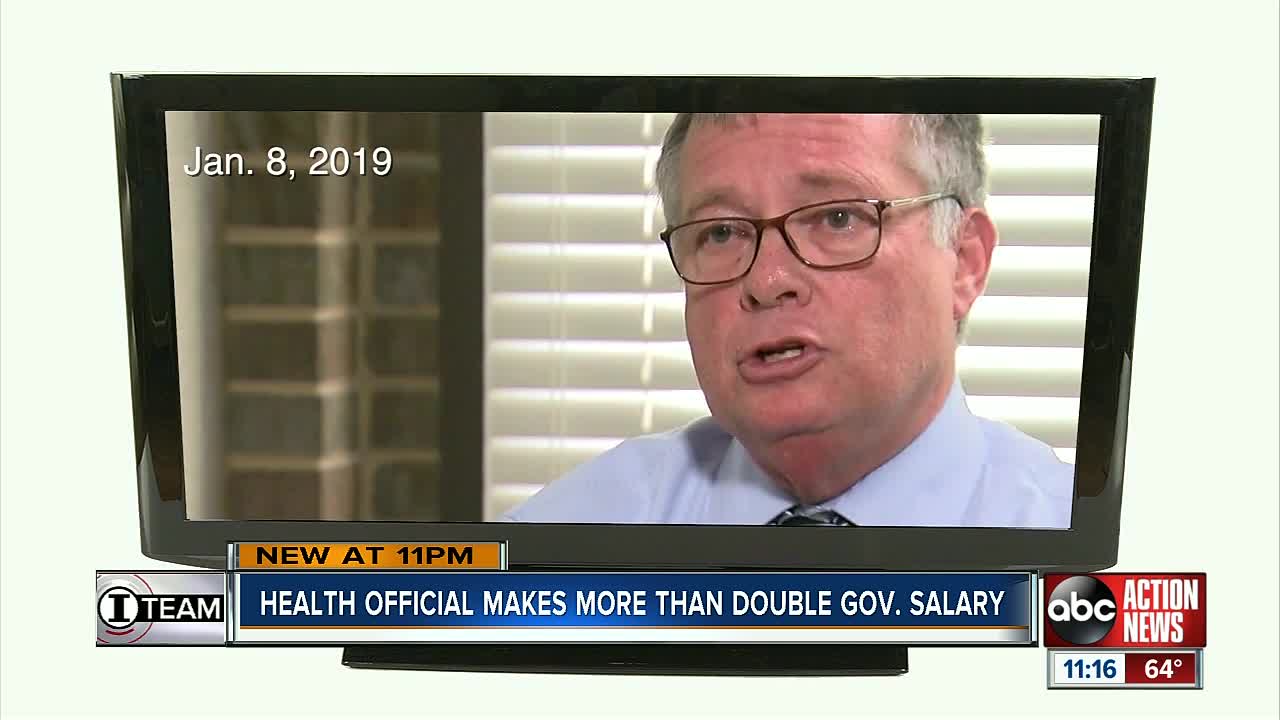 A local public health director who made headlines for his controversial views on Hepatitis A is raking in hundreds of thousands in tax dollars to hold three separate jobs, ABC Action News' I-Team found. 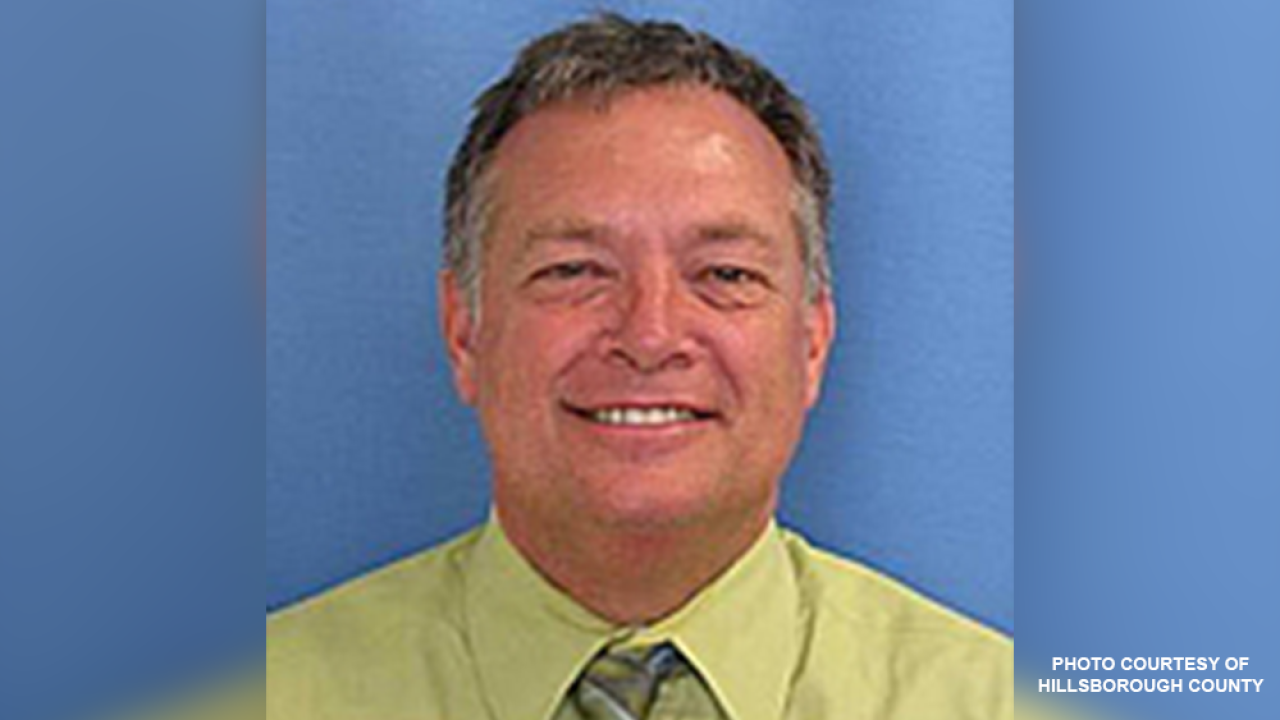 TAMPA, Fla. -- A local public health director who made headlines for his controversial views on Hepatitis A is raking in hundreds of thousands in tax dollars to hold three separate jobs, ABC Action News' I-Team found.

Dr. Douglas Holt, director of the Hillsborough County Health Department, also holds side jobs as a professor at the University of South Florida and a doctor at Tampa General Hospital.

The state-approved deal earns him a whopping $385,000 salary – nearly three times what the governor makes.

The I-Team found $285,000 of that money pays his health director salary.

That amount is about twice the paycheck of directors in the state’s largest three counties: Palm Beach, Broward and Miami-Dade.

“I don’t see how that’s possible,” said Wallace. “I can’t see how someone has two other jobs.”

The I-Team uncovered how Dr. Holt landed the deal to hold three jobs simultaneously – and the big salary that comes with it.

Dr. Holt signed a contact with the state to make him a temporary USF employee under a Florida law designed to “encourage economical and effective utilization of public employees.” In other words, this deal was supposed to save tax-payers money.

The contract also states Dr. Holt is supposed to work full-time as health director daily from 8 a.m. to 5 p.m. and that he must “explain any variation in work.”

But his office calendars, obtained by the I-Team, show weekly and monthly appointments at USF and Tampa General Hospital in the middle of the work day.

MRSA is a cause of staph infection that is difficult to treat because of resistance to some antibiotics. The CDC has called MRSA a serious threat to public health but Dr. Holt did not alert the public to a MRSA case at Tampa General Hospital in November.

Dr. Holt has also still not issued any alerts about the ongoing epidemic of Hepatitis A cases in the county.

The I-Team asked to speak to Dr. Holt, who emailed that he was on vacation but would discuss arranging an interview when he returned.

The health department later emailed declining all interviews on behalf of Dr. Holt and defended his salary as “reflective of his knowledge and experience” in a position he has held since 1996.

Earlier this year, Dr. Holt made headlines after he said gay men are a high-risk category of spreading Hepatitis A, a claim refuted by medical experts.

“If you're going to fish, you need to go where the fish are,” said Dr. Holt in an ABC Action News story aired in January on new Hepatitis A cases. “Half of them report having drug use, the others would be a mixture of homelessness, and particular sexual activities. The classic category is men having sex with men.”

“Being a gay physician myself and having been around this community for 46 years, I was shocked not at just the way he said it but how uncomfortable he was when he said it,” Dr. Wallace said. “It made me really question his motive.”

At the time of the ABC Action News report in January, several local restaurant employees had tested positive for Hepatitis A, but Dr. Holt only publicly identified one of those restaurants – Hamburger Mary’s, a popular Ybor City spot known for its drag queen shows.

Earlier this month, the Hillsborough County Health Department identified a new restaurant with an infected worker, but Dr. Wallace believes it's too little, too late.

“I would request that he resign,” Dr. Wallace said.

USF or Tampa General Hospital declined requests to speak on camera. A spokesperson for the hospital said in an email that Dr. Holt’s work there is contracted through USF.

A USF spokeswoman defended Holt’s contract, citing the law that allows the contract and emailing, “it’s clear that not only are these types of inter-agency contracts a good use of taxpayer money, they are encouraged by the State of Florida.”

The health department said Dr. Holt is not the only county health director with this kind of deal, but the agency would not name any of those other directors or answer any questions about Dr. Holt’s contract.

The Department of Health issued the following statement on behalf of Dr. Holt:

“Dr. Douglas Holt is not the only county health officer in our state that is not a DOH employee. Like those others they are assigned to health departments through an interchange agreement. DOH pays USF what it would cost the state if he was a DOH employee, including benefits and administrative costs but he is employed by USF. His salary is reflective of his knowledge and experience in the position and is comparable to other health officers throughout the state. Dr. Holt has been serving the health department since 1996, and is well respected among his peers. He also acted as the State Health Officer in September 2001 to February 2002 and July to August 2011. He is an active member of many state and local organizations and has dedicated his career to protect, promote and improve the health of all people in Florida.”