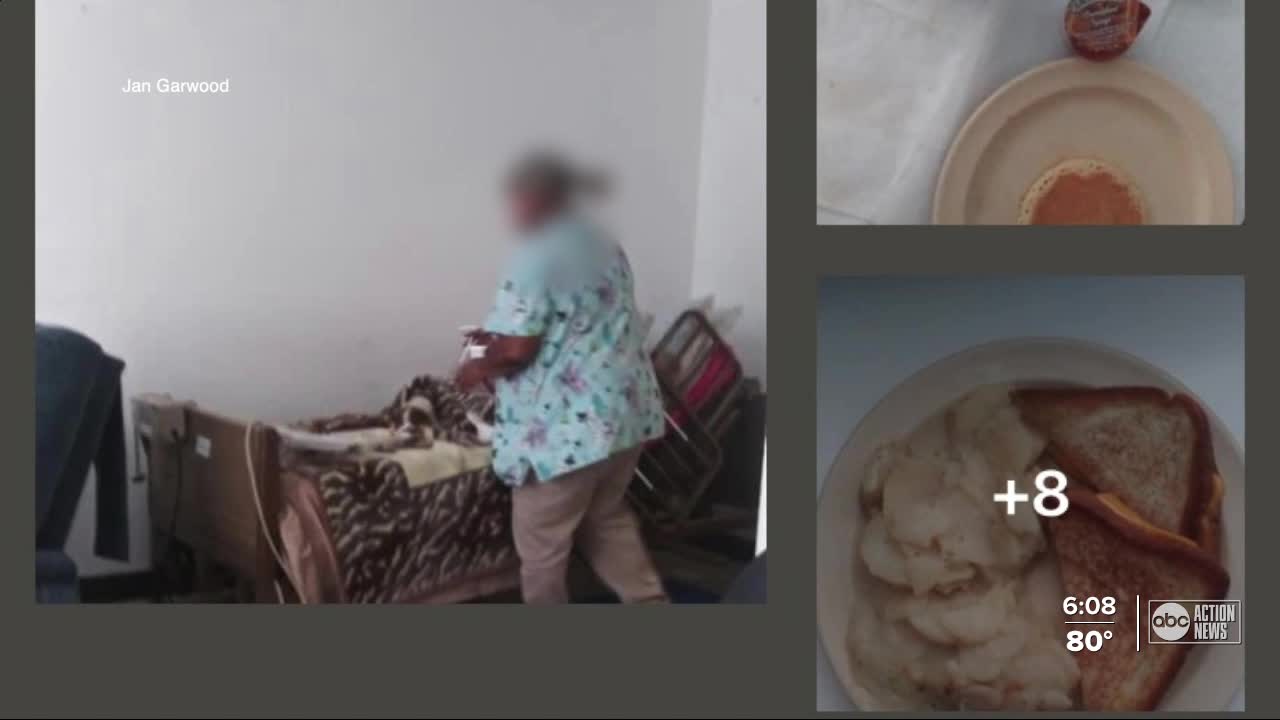 A Florida senior citizen speaks out after she was released from court-ordered guardianship and had her rights restored. 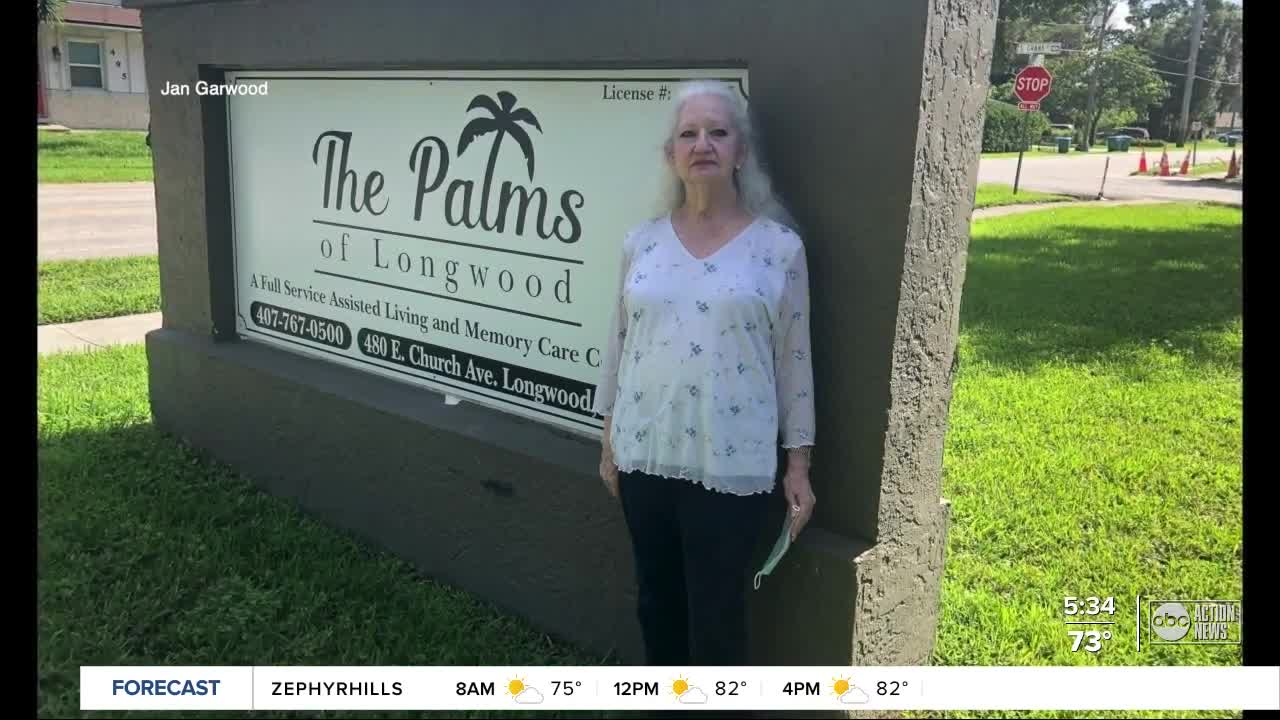 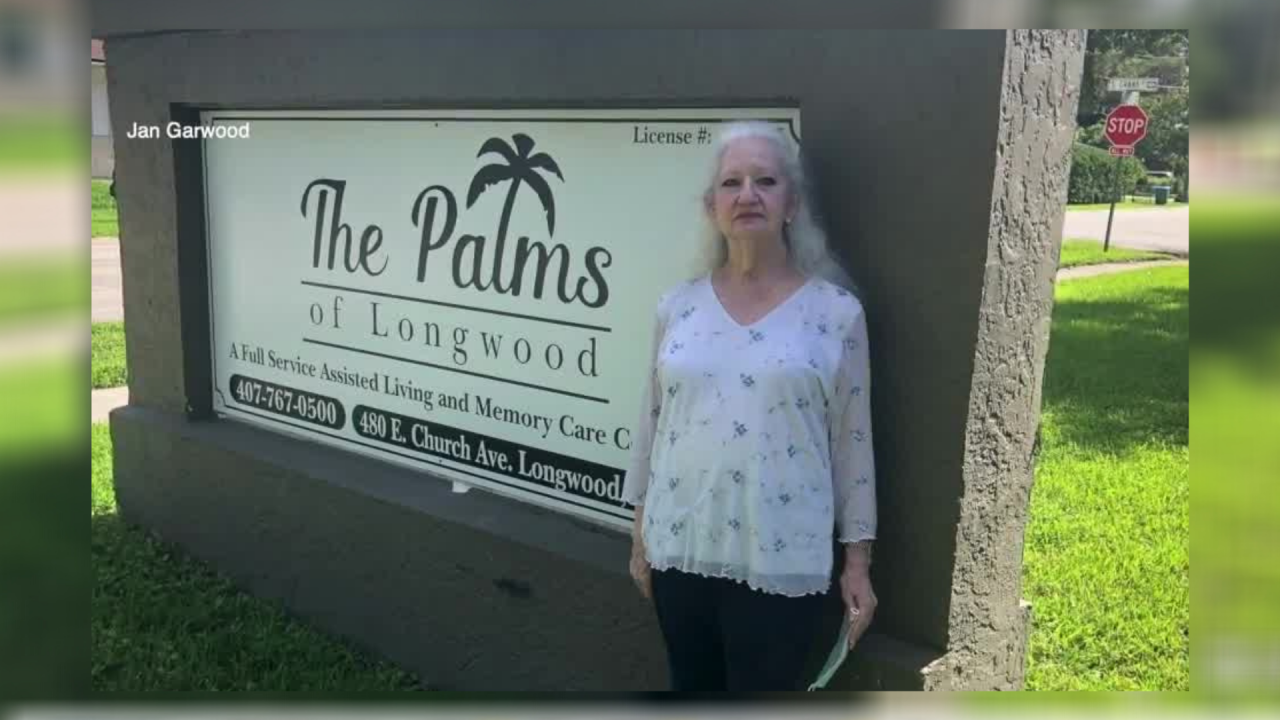 LONGWOOD, Fla. — A Florida senior citizen speaks out after she was released from court-ordered guardianship and had her rights restored.

“It’s very scary to think that we’re in the United States, and this is happening to us,” said Jan Garwood, who was placed in professional guardianship in 2017 after she was involved in a car crash while grieving the death of her son.

Garwood, 70, was found to be incapacitated and stripped of her rights. That included her right to vote, choose her home and social environment, and control her money and property.

In Florida, a court can appoint someone to make decisions for another person if that person is found to be incapacitated by a panel of medical professionals.

Anyone can file a petition seeking to place another person under guardianship. Usually, those cases are brought by family members, social workers or guardians themselves.

Guardians are compensated at a rate of up to $95 an hour and are paid from the assets of those under guardianship. Guardians’ attorneys can be paid more than $400 an hour.

“All our rights. All our privileges, all the things we’ve worked all these years to keep. What’s going on?” Garwood said.

Reaching out on social media from dementia unit

Garwood first contacted the I-Team in April from the locked-down dementia unit of the Palms of Longwood Assisted Living Facility in Seminole County.

She first contacted us via Facebook with follow-up calls using the Facetime app on her secret cell phone.

“It’s hard to put a word on it. Heartbreaking, frustrating, challenging. Trying to get past people. Hiding my phone so I can get out and call people and try to get help,” Garwood said.

Her son snuck a cell phone into her room, which Garwood kept hidden from her guardian.

“There shouldn’t be anybody that should be able to have 100% control over anybody’s life,” she said.

A judge initially appointed disgraced former guardian Rebecca Fierle to care for her.

Fierle resigned from her cases after state investigators alleged she was responsible for the death of a man under her care. Fierle was later charged with two felonies and is awaiting trial.

A new guardian took over Garwood’s case. Garwood said when the woman wouldn’t help her get her rights restored, she took to social media.

“I put my ad on Facebook and said ‘somebody help me,’” Garwood said.

Guardianship reform advocate Hillary Hogue responded and visited her at the assisted living facility where her guardian had placed her. Believing Garwood didn’t belong in guardianship, Hogue helped Garwood get in touch with attorney Vito Roppo.

“I filed a motion to be appointed as her counsel at her request, and I put in there that I thought she should be re-examined,” said Roppo.

Ferderigos was the attorney of record for Garwood, who filed a motion which eventually led to Garwood's release.

The motion suggested Garwood's rights should be restored, following a doctor's evaluation of Garwood's mental capacity at a judge's request.

The doctor gave Garwood a nearly perfect score, writing in his report, “She is fully capable of handling and executing her own personal, medical and financial day-to-day affairs.”

Garwood was released from guardianship in late August.

“I never gave up that eventually, sooner or later, something would have to happen that I’d be able to get away from her,” Garwood said.

Home sold to ALF employee, belongings nowhere to be found

After her release, Garwood couldn’t return to the home where she raised her children and cared for her elderly parents before their deaths.

Her guardian had sold the house to an employee of Palms of Longwood, the facility where Garwood lived.

“It was sold for substantially less than the other homes in the area were going for, and we know that the house was never placed on the market for sale,” Roppo said.

“When you lose a house like that, you lose your memories,” said Garwood.

The proceeds went into a family trust Garwood can’t access, which was set up by her late uncle to benefit Garwood and her 103-year-old aunt.

Roppo and Ferderigos are currently trying to help her access the money.

What happened to Garwood’s belongings that were in the home remains a mystery.

“I had or have… over $300,000 worth of old furniture, jewelry, collectibles,” Garwood said, adding that she’s “still keeping my fingers crossed.”

Records show the guardian billed Garwood to pack and store her items, but Garwood's attorneys say the guardian's attorney the former guardian no longer has her personal property.

We contacted the guardian and her attorney each twice, but neither responded.

Getting food from charity, living in a garage

Garwood, who lived in a 2,735 square foot home before guardianship, now lives in a friend’s garage.

“We went to the food pantry and stood in line for four hours to get a couple of boxes of old food, and that’s what we’ve been eating,” Garwood said a short time after her release.

Roppo has now arranged for Garwood to receive her Social Security check instead of her guardian.

“You lose more rights in a guardianship, in most guardianships, than you do if you go to federal prison,” Roppo said.

If you have a story you think the I-Team should investigate, email us at adam@abcactionnews.com.