Gasparilla 2022: Everything you need to know about the annual Pirate Fest
NewsLocal NewsI-Team Investigations

At the time, the Florida Department of Transportation (FDOT) blamed a long drought and a new disease called Texas Phoenix Palm decline.

2017 STORY: Palms planted by FDOT are dying from disease

Now our I-Team has discovered hundreds of emails through the Florida Open Records Law that shine a light on how the state’s largest palm tree contractor landed nearly $50 million in FDOT contracts to plant those trees.

“I don't know what they're planting them for,” said Willie Brown, who runs a transportation company in Manatee County.

Brown was referring to the nearby I-75/Highway 301 interchange, where FDOT spent more than $1 million on landscaping.

The entrance and exit ramps for that junction will soon be moved, meaning many of the trees planted just a few years ago will soon have to be moved.

That interchange was part of a project launched by Governor Rick Scott in 2012 called the “Bold” landscape program, in which hardwood trees and shrubs were replaced with palm trees, many of which are non-native to Florida and cost thousands of dollars each.

“There was a push several years ago for more palms, especially in our gateway areas,” said FDOT District Spokesperson Kris Carson, when asked about the program last year.

The ABC Action News I-Team obtained a letter showing that Homestead tree farmer Manuel Diaz pitched the idea of “Bold” to the governor soon after he was elected.

“I would like to present you with a wonderful dream, which working together, we can quickly turn into a reality,” Diaz wrote to Governor Scott in 2011.

“Presently, I have the largest ornamental tree farm in the world. Certainly, nobody is greener,” the letter said. “I know that each palm tree will be a living monument for our citizens and visitors to enjoy during their lifetime.”

Records show Diaz and his businesses donated at least $60,000 to help Governor Scott get elected.

Diaz had issues in his past.

A Miami-Dade County grand jury indicted him in 2000, after prosecutors said he stole a million dollars from taxpayers by failing to deliver the size and quality of palm trees purchased by the county. 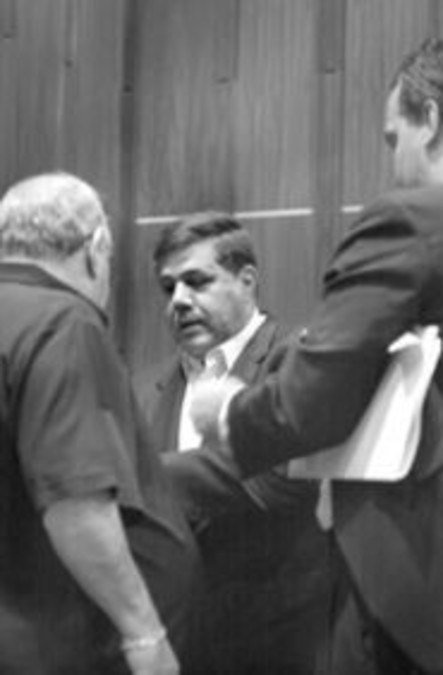 That case never went to trial.

MDF hired an attorney to eventually reach a settlement with the county in 2010, agreeing to provide new trees to the county for free.

This enabled the company to be removed from the debarment list, which had to be disclosed when MDF sought state or other municipal contracts.

Diaz thanks Secretary Prasad for the opportunity to discuss in detail the “New Bold Concept” with FDOT landscaping architects in a September 25th, 2011 letter.

He says he plans to transform Florida into “The Garden of Eden."

“Your intervention is critical to finalize the approval of the piggyback process,” Diaz writes in the letter to Prasad. “This will be the only method to get to work now.”

They were initiated to “Provide the Department with a means of quickly responding to critical highway construction needs via a competitively bid indefinite quantity contract,” according to an estimates bulletin released by FDOT.

“Due to the scope of these contracts, plan details are not available at the time of bid,” the bulletin said.

Records show the state paid MDF as much as $7,800 for some date palm trees available from other dealers for less than half that price.

“That money just evaporated,” said Mahendra Setaram, President of Dynamics Group, Inc. of Ocoee, which has done millions of dollars in landscaping work for FDOT over more than 30 years.

He notified FDOT that trees MDF planted as part of a $10 million project along the Florida Turnpike did not meet state standards and many were dying.

At the same time, FDOT was attempting to fine his company, claiming trees they planted didn’t measure up.

“Their standards, the way that we're being treated compared to them, are totally different,” Setaram said.

But during Prasad’s tenure as Secretary, emails show MDF got special access to the Secretary.

In one email, Diaz’s employees told Secretary Prasad which “Bold” projects he wanted to do, providing approximate prices before the projects went out for bid.

An FDOT official copied in that email chain added, “Looks like you guys have it wired tight already... I should have known."

“That provides an unfair advantage to them. They have more information, more time,” said Setaram, referring to MDF getting advanced notice of potential projects.

FDOT is required by Florida law to advertise projects online simultaneously, so all vendors have the same opportunity to submit bids.

Another email we obtained through our Florida open records request referred to a landscape design for the I-595/95 interchange in South Florida.

That project had not yet been advertised, but a top FDOT employee wrote, “The project has already been gamed.”

An FDOT Landscape Architect wrote to the Director of Transportation Development, “In meeting here with Secretary Prasad last Monday, Mr. Diaz committed to preparing a BOLD landscape plan to give to the Secretary on April 29th.”

The director replied, “I am not sure why Mr. Diaz is preparing a bold plan, I had discussed, and the Secretary approved going forward with a lettering as quickly as possible.”

According to the email, the bid letting, which is the opening of bid proposals for highway construction and maintenance projects, was scheduled for July of 2013, three months after Diaz indicated he would have a plan prepared for the Secretary.

The email said the project would be advertised 14 days before the bids were opened.

“You want as many qualified people bidding these projects as possible to give you the best price,” said Setaram. “The taxpayers end up paying more because of that reason.”

Other emails show Prasad traveled to South Florida from Tallahassee at least seven times in a year for face-to-face meetings with Manuel Diaz.

Taxpayers picked up the tab for Prasad’s travels.

He lists the purpose of trips as a meeting with business leaders.

One visit to Manuel Diaz Farms occurred in December 2014, after Prasad already announced his resignation as Secretary of Transportation.

Emails show MDF employees picked up Prasad and other FDOT officials at the Miami International Airport and drove them to the farm.

“I don't see why a Secretary would want to meet with a landscaping vendor. I see no reason for that, especially multiple times,” said Setaram, who says neither he nor his father, who started his company, has ever met with an FDOT Secretary.

“He wouldn't return my email,” he said.

We contacted Prasad, who is now President Designate of the Florida Transportation Builder’s Association.

We sent him a long list of specific questions, but he did not respond.

"As previously reported, the contracts awarded to Manuel Diaz Farms went through the normal, open and competitive procurement processes in accordance with Florida law. Push button/task work order driven contracts are approved by the Federal Highway Administration as a process that enables a shorter schedule based upon pre-approved contract pay items and corresponding unit prices to achieve a Bold Vision landscaping program. Florida law requires no less than 1.5 percent of the amount of annual construction projects to be allocated by the Department of the purpose of plant materials. Secretary Prasad, and other Department Secretaries, frequently traveled the state to meet with transportation contractors, consultants and local officials to discuss the implementation of the Department's work program."

We sent Yu a series of follow-up questions, but he did not respond.

The ABC Action News I-Team also called, emailed and visited Manuel Diaz Farms in Homestead, but nobody would talk.

We even when to Diaz’s mansion in Coral Gables, which is currently listed for sale for $55 million, but we were told he wasn’t available.

FDOT recently stopped planting so many palm trees but is still paying millions of dollars to maintain those planted under the “Bold” plan.

Setaram thinks the state should review FDOT’s bid process and how contracts involving MDF were handled.

“Whoever is not involved in this mess needs to do a shakeup and make sure these projects are bid right,” Setaram said. “It would benefit us all.

If you have a story you think the I-Team should investigate, contact us at adam@abcactionnews.com.