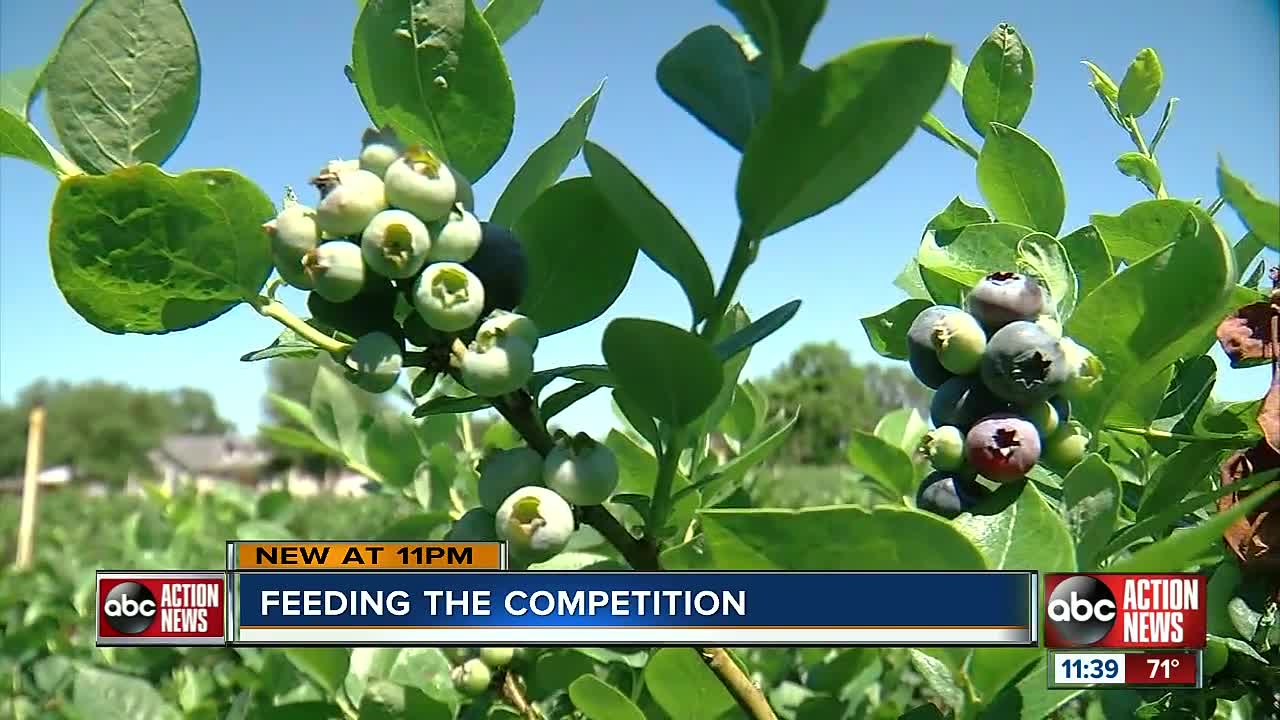 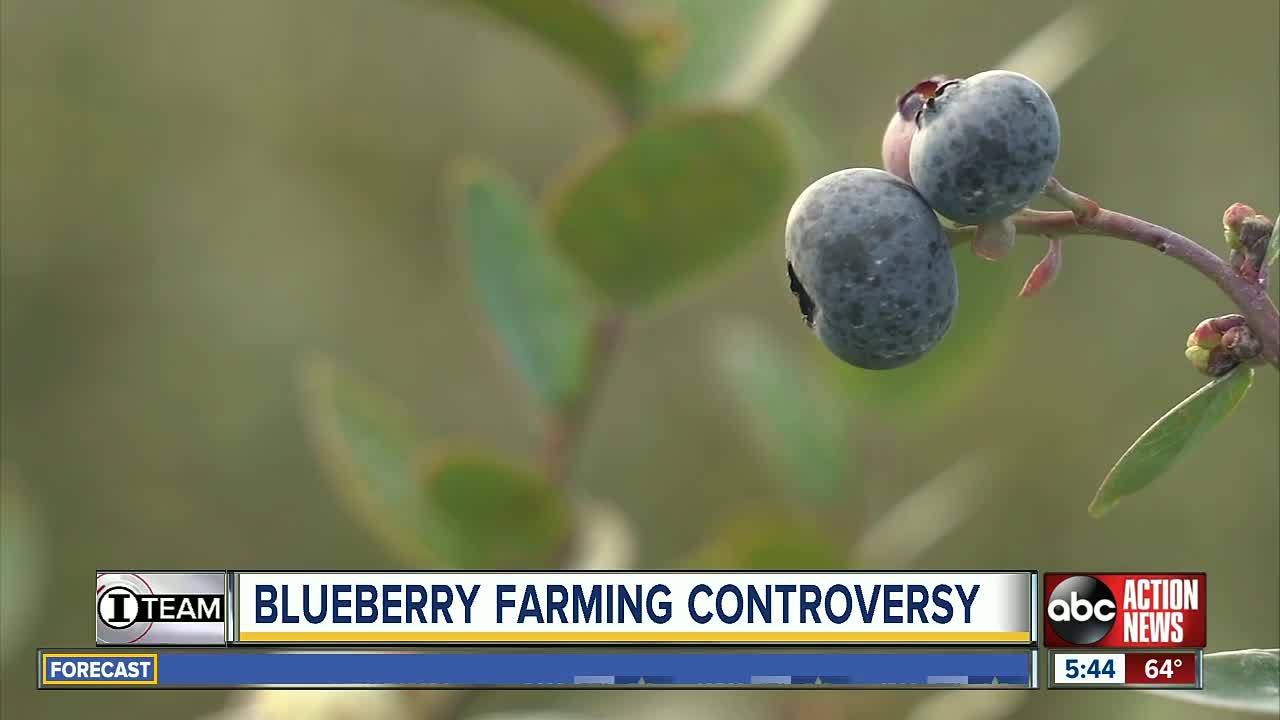 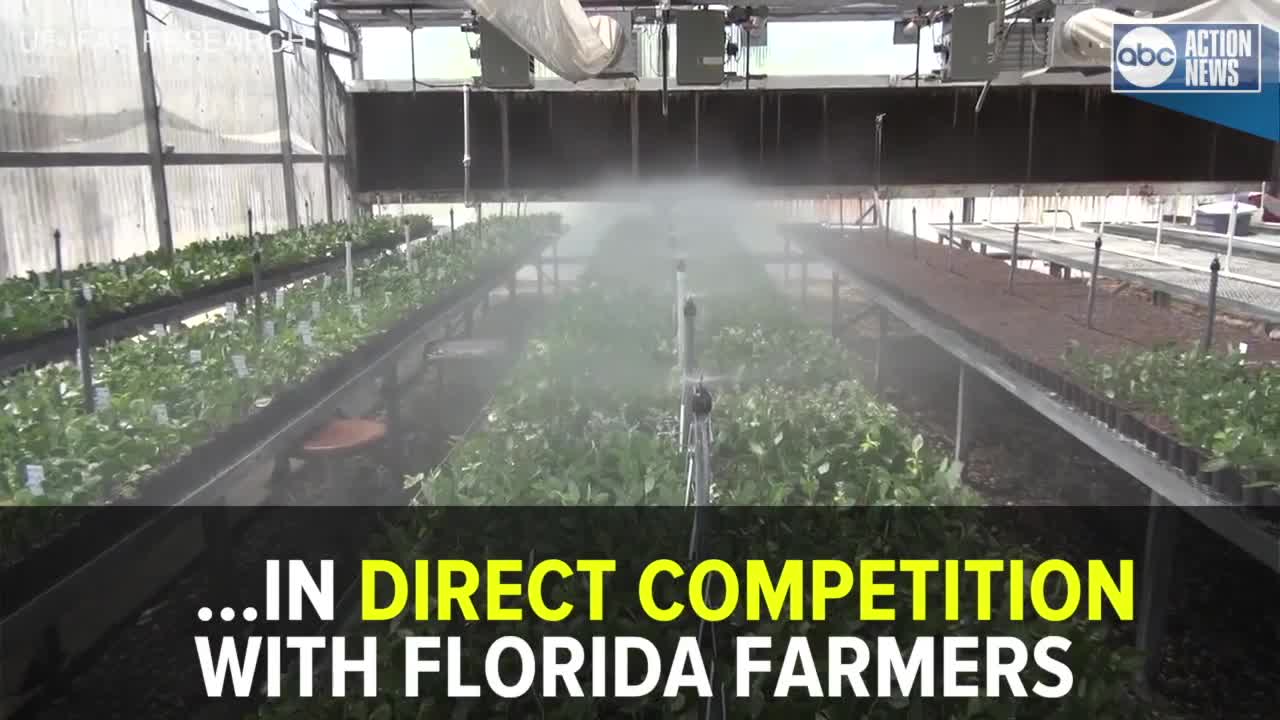 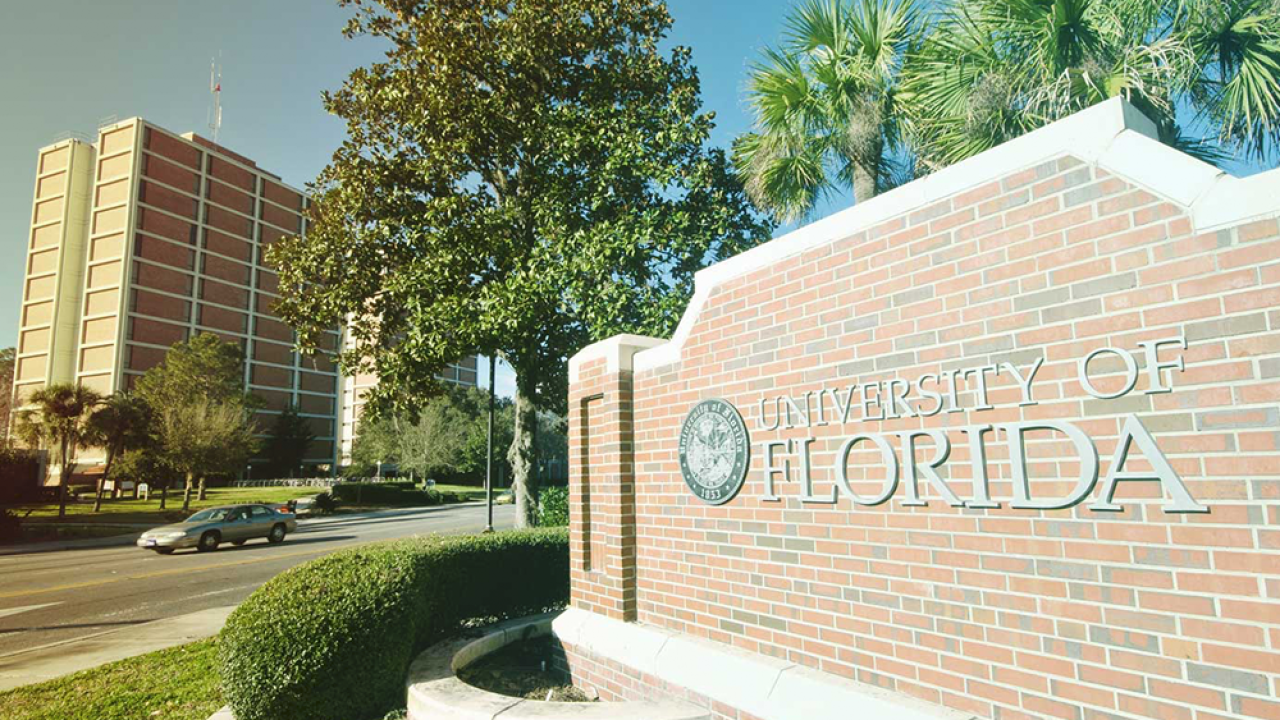 GAINESVILLE, Fla. – A taxpayer-funded university – with the mission of developing better blueberry plants to help Florida farmers – has been sharing its homegrown technology with the competition in Mexico, the I-Team has learned.

I-Team Investigator Kylie McGivern revealed blueberries plants created by scientists at the University of Florida are being licensed to farms around the world – including Mexico – and Florida farmers say the university is helping a direct competitor, while hurting the local industry.

“I’ve confronted the university,” said Bill Braswell, a blueberry grower and Polk County Commissioner. “I told them what I thought, how I thought the process was unfair – not just to Florida growers but to the citizens of Florida.”

The public university brought in more than $5 million in blueberry royalties last year by licensing its plant patents to Florida growers and foreign farms, including those in Argentina, Brazil, Chile, Peru and Japan.

Taxpayers have also forked over big money to help the university’s Institute of Food and Agricultural Science, where researchers work to create better blueberry plants as well as develop seeds for other crops.

The I-Team found the institute has received nearly half a billion dollars from Florida taxpayers in just the last three years alone. University officials could not say how much of that money went directly to its blueberry research.

For a few weeks early in the growing season, Florida was once the only place in the world producing blueberries. But that’s no longer true as Mexico now competes with Florida farmers during the same time period.

The U.S. Department of Agriculture estimates Mexico’s booming blueberry import business was worth $220 million in 2017, the most recent data available.

The I-Team found blueberry imports from Mexico to the U.S. have nearly tripled in the last three years – with nearly 59 million pounds of blueberries flowing from Mexico into the U.S. last year, according to USDA data reports analyzed by the I-Team.

Florida's blueberry industry wouldn't exist without the University of Florida. Since the 1940s, UF scientists have created and patented dozens of blueberry plants. Currently, more than 90 percent of the blueberries grown in Florida were created at the university.

How researchers design a better blueberry

“When I got in, it was like blue gold,” said Braswell. “That’s what we called it.”

That “blue rush” was about 20 years ago, according to Braswell, who said he worries whether Florida’s blueberry industry will last another five years.

Braswell told the I-Team he raised concerns about the university’s process of licensing its blueberry plants to foreign countries as far back as 2011 – when he was president of the Florida Blueberry Growers Association.

The university has set up a nonprofit and direct support organization – Florida Foundation Seed Producers – to handle all its foreign and domestic licensing agreements and plant patents.

John Beuttenmuller, executive director of that nonprofit, said he met with Braswell to discuss his concerns in 2011 and later held a meeting to explain the foreign licensing program to Florida farmers – who must also pay the nonprofit 30 cents per plant to grow the university’s blueberries.

The nonprofit reported it first licensed university blueberries in Mexico in 1996 and has continued to license new blueberry plants ever since.

Beuttenmuller admitted he’s aware Mexico is “a potential competitive threat” to Florida’s own blueberry industry but defended the licensing practice – saying the nonprofit selects foreign farming partners instead of making its plants widely available to everyone.

“Our licensing program is done out of the protection of Florida growers,” said Beuttenmuller.

University VP: ‘This is not an issue’

Dr. Jack Payne, a vice president and the top decision maker at UF’s Institute of Food and Agricultural Sciences since 2010, said it’s too expensive to sue if foreign farmers steal university blueberry plants, so they license instead.

“It’s impossible to stop international theft of plants,” said Payne. “You can’t stop any country from using it, so we’re trying to control it and make money to put back into the industry.”

The university said 70 percent of its blueberry royalties fund its blueberry breeding program. Another 20 percent is paid to the scientists who developed the plant, while the remaining 10 percent goes to its nonprofit, Florida Foundation Seed Producers.

But the I-Team found the university’s nonprofit has sued in the past to protect UF plants from patent infringement.

UF and its nonprofit brought a federal lawsuit against Michigan-based Hartmann’s Plant Company for plant patent infringement in 2016, alleging the company continued to sell the university’s blueberry plants – including to buyers in Spain – after its license ended in 2004.

In 2017, a federal judge ordered the company to pay $1 million to the university and its nonprofit.

The I-Team asked Payne what he would say to blueberry farmers who say the university is helping put them out of business by licensing to farms directly competing with Florida growers.

“Well it’s not true,” said Payne. “This is not an issue. In Florida, 99 percent of the people understand it.”

But Naples-based patent attorney Edward Livingston, who has never been involved in any cases dealing with UF, disagreed after reviewing the university’s patents.

“People are going to find it difficult to believe that this is happening,” said Livingston. “They’re requiring these farmers to pay money into a program that is then taking money away from them.”

Livingston said the university could have banned their foreign licensees from sending blueberries to the U.S. during Florida’s picking season.

“That is something they could have inserted in that license,” said Livingston. “The patent gives you the right to control the importation.”

So far, Florida Foundation Seed Producers has not placed any import limitations on foreign farms using its blueberry plants.

“It’s not just the royalties that support this program,” said Livingston. “The University of Florida wouldn’t be there were it not for the taxpayers of the state of Florida, so we’re all paying to support them.”

“We would like to support the people here rather than going outside," said Jared Fishkin, an assistant produce manager at Abby’s Health & Nutrition in Tampa.

Fishkin told the I-Team he always tries to buy local for his store – even though it's more expensive.

“It’s usually, you know a $4 difference by weight, usually by the pound,” said Fishkin.

Payne argues the U.S. government – not the University of Florida – is helping foreign competitors.

He blames the USDA for creating a taxpayer-funded blueberry variety called "Biloxi," which was never patented – making it widely available to any farmer, including those in Mexico who sell the crop back to U.S. consumers.

But the I-Team found the USDA released that blueberry plant in 1998 – two years after the University of Florida started licensing its own blueberry plants to growers in Mexico.

In a December 2017 article he penned for Growing Produce – a crop industry website – Payne, wrote, “Licensing provides steady rules. It’s how we codify fairness. That’s so important because Florida growers don’t fear international competition, but they reasonably ask for it to be a fair fight.”

When asked if he still believes that, Payne told the I-Team, “Absolutely.”

But Bo Snively, a fourth-generation Florida farmer who grows blueberries to supplement his citrus crops, disagrees.

Snively said it’s difficult to compete with the blueberries coming in from Mexico and worries what will happen if the University of Florida continues working with competing farms.

“They do help out the community,” said Snively. “But they’re also benefiting other countries as well, which is killing the small farmer.”

If you have a story you’d like the I-Team to investigate, email kylie.mcgivern@wfts.com.