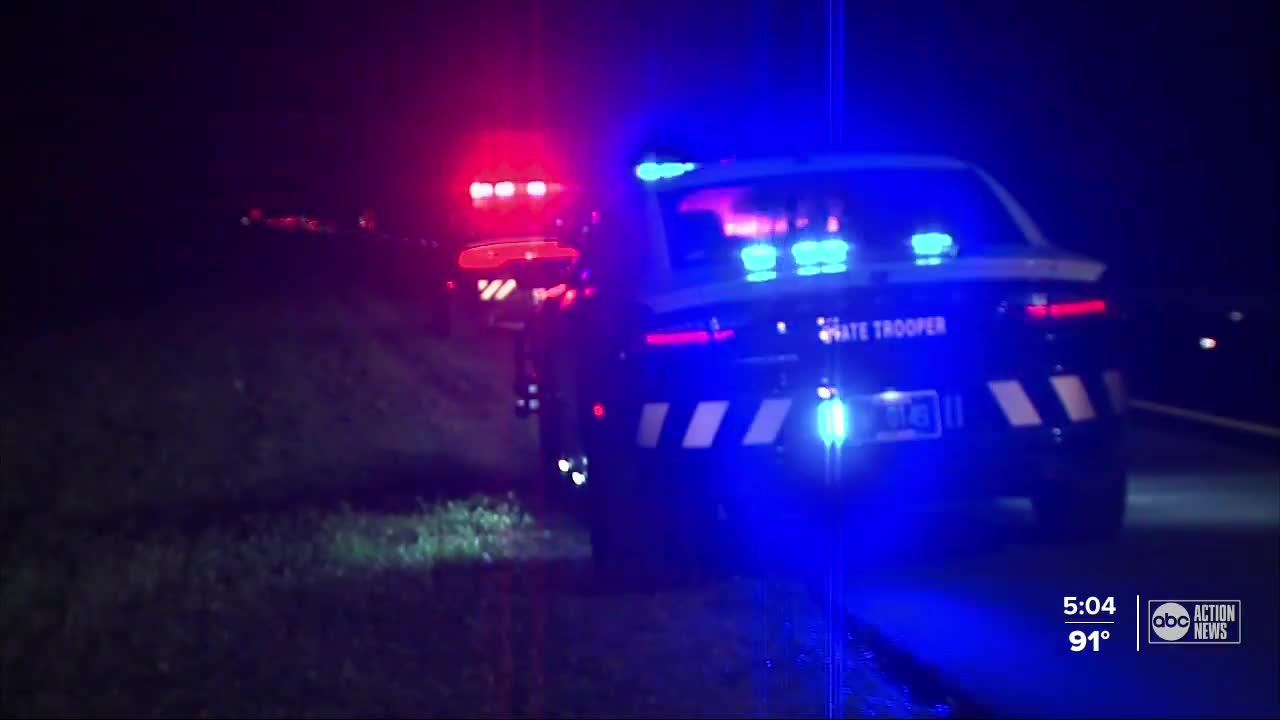 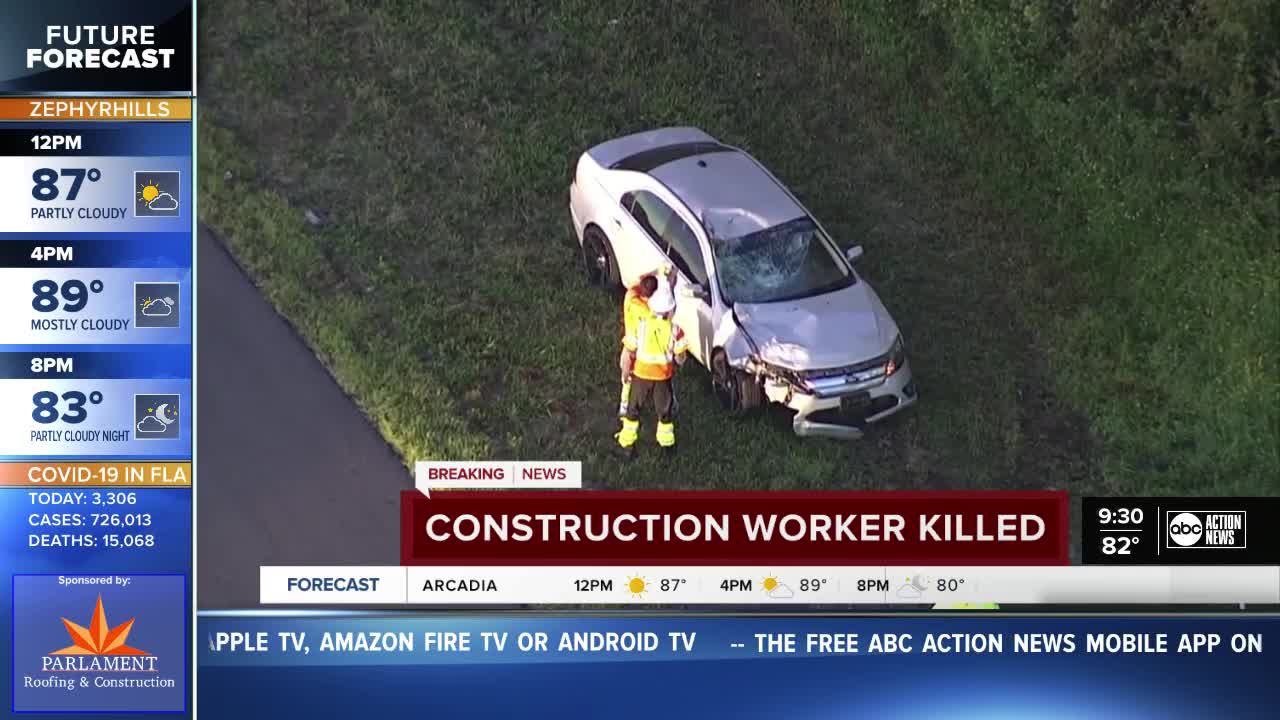 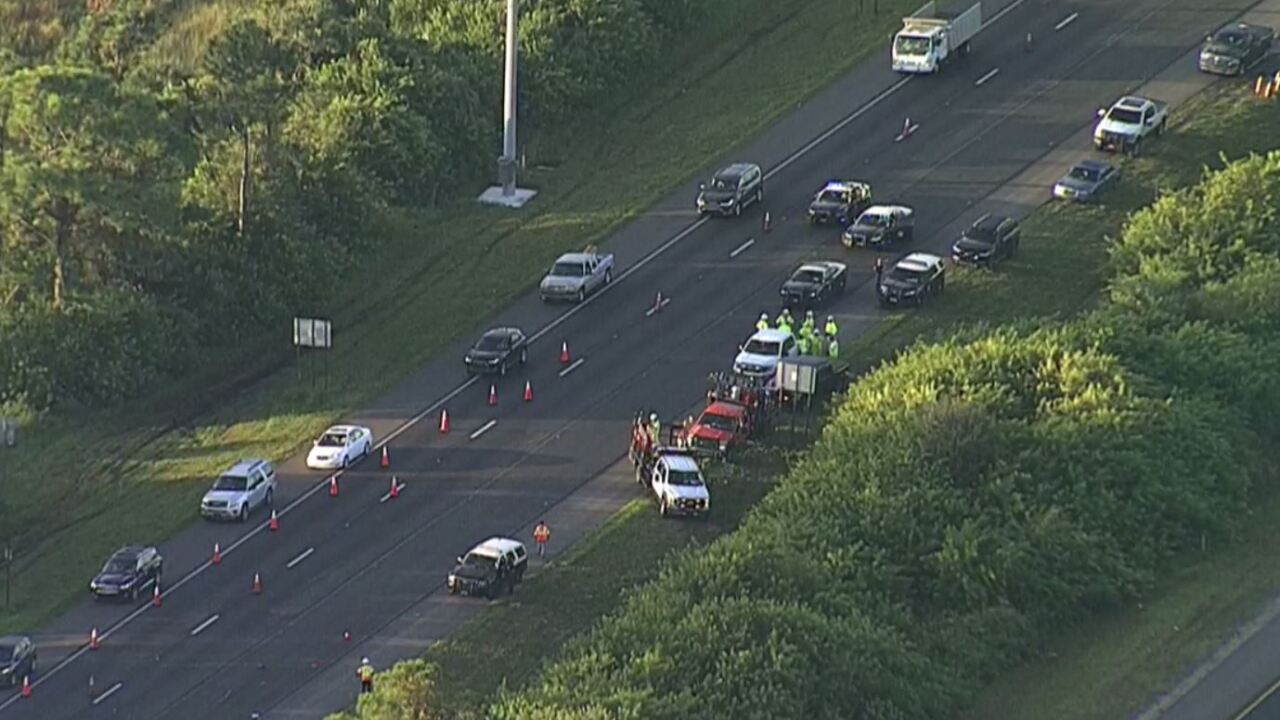 HILLSBOROUGH COUNTY, Fla. — A construction worker was hit and killed by a drunk driver in a hit-and-run on I-75 in Hillsborough County overnight, Florida Highway Patrol says.

According to FHP, Forbes was traveling northbound on I-75 near the 236 milepost in southern Hillsborough County, an active construction zone.

Two of the inside lanes were closed to traffic, but he entered the closed lanes and struck a construction worker associated with McShea Contracting. That person died at the scene.

"We need to remember the victims of this 100% preventable crime. It ruins lives. People are wiped out in just a minute," said Larry Coggins, the regional Executive Director for Mothers Against Drunk Driving, or MADD.

Coggins has seen the toll first-hand. He worked as a state trooper for 25 years.

After the crash, FHP says, Forbes continued northbound on I-75 for a quarter mile before stopping in the median and running into the woods.

Following a search of the area, Hillsborough County Sheriff's Office found him and he was later arrested and charged with DUI Manslaughter, Vehicular Homicide and Leaving the Scene of a Fatal Crash.

"But here's a young man he's working for a construction company, improving our roadways, giving us a better transportation system if you want to think about that. He is gone now," said Coggins.

The northbound lanes of I-75 were shut down most of the morning.

Alternate routes for bypassing the traffic included over the Skyway and through St. Pete or taking I-275 NB to Sun City Blvd.

The Bay Area saw a similar crash two weeks ago. FHP arrested Victor Marchionne after, they say, he hit and killed an FDOT construction contractor on I-4, September 24.

"The lanes are closed off all the devices you can think of are out there, flashing lights signage, cones, barricades and this impaired driver still made this choice, and it's killed this man," said Coggins.

ABC Action News is uncovering new details, within a search warrant. Melchionne admitted to troopers he fell asleep at the wheel after taking a prescribed sedative and sleep medication for insomnia.

"Just because the doctor has prescribed something, doesn't mean you can drive or operate a vehicle impaired," said Coggins, "It says it right on the bottle, 'don't operate heavy machinery’"

Melchionne also confessed to drinking up to three vodka cranberries before getting behind the wheel.

In early September, Bobby Butler was the only victim in these crashes that survived.

"It’s just not my time, the lord just said 'not yet'. And I’m so grateful to God that he protected me the way he did," recounted Butler to ABC Action News shortly following the crash.

FHP says a hit and run driver struck the land surveyor on Hillsborough Avenue. Alcohol was not suspected.

Despite the pandemic, MADD is seeing a troubling trend nationwide.

"That is showing us that even though vehicle traffic is lower during a pandemic, vehicle crashes related injuries and deaths related to impaired driving across the nation as a whole, have gone up," he said.

Coggins says, there’s really no excuse. Drivers have to pay attention and make a plan. If drunk, have a sober friend drive you home or use a ride-sharing service.