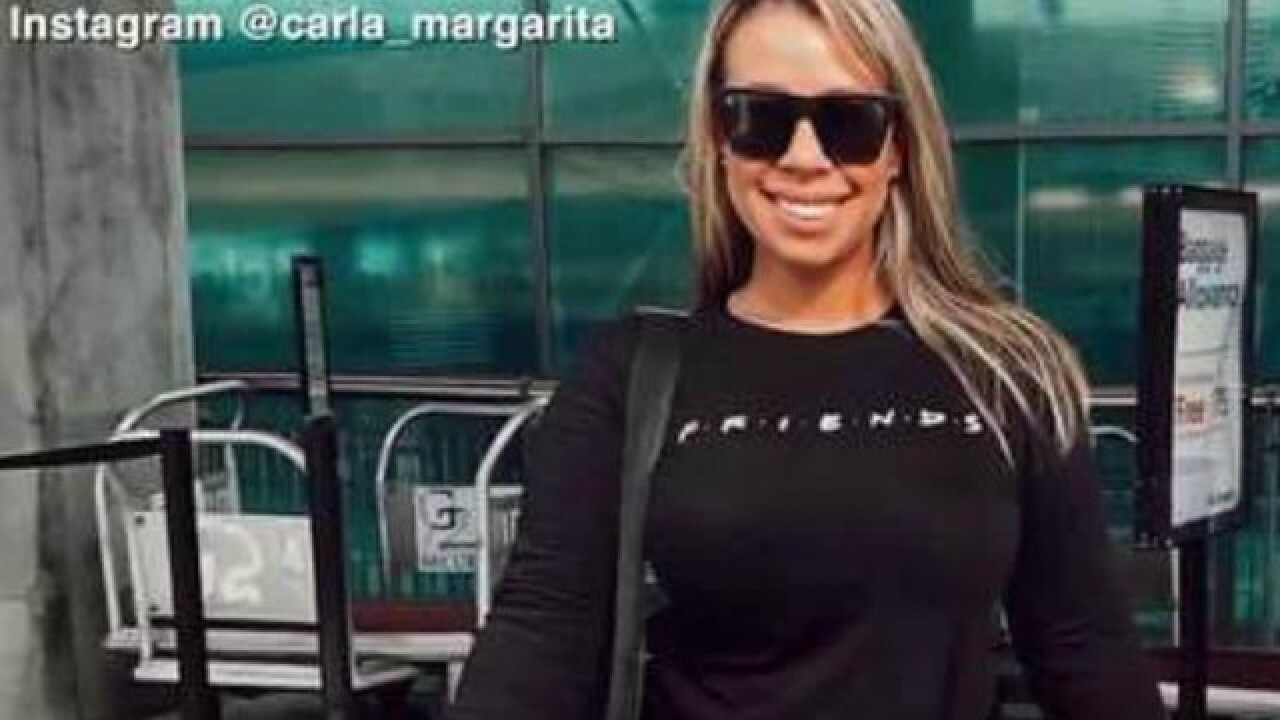 Copyright 2018 Scripps Media, Inc. All rights reserved. This material may not be published, broadcast, rewritten, or redistributed.
Instagram
<p>Carla Stefaniak</p>

ORIGINAL STORY: Authorities in Costa Rica have located a body in their search for a Florida woman who went missing while on vacation.

A spokesperson for Costa Rica's Judicial Investigation Department confirmed that remains were found.

The body was found in a wooded area Monday as investigators combed through the region where Miami resident and Tampa native, Carla Stefaniak, 36, spent what was supposed to be her final night in Costa Rica last week, Judicial Investigator Director Walter Espinoza said in a press conference. The remains belong to a woman, but they have not yet been positively identified, Espinoza said.

In addition, fluids found in the apartment where Stefaniak was staying have the consistency of blood, Epsinoza said.

Stefaniak traveled to Costa Rica to celebrate her 36th birthday, according to family. She left for Costa Rica on Thanksgiving Day but had not been heard from since Tuesday, her brother, Carlos Caicedo, told ABC Action News.

Stefaniak's sister-in-law, April Burton, accompanied her in Costa Rica, but Burton flew back one day early. Stefaniak and Burton are like "best friends," Caicedo said, adding that his sister talks to his wife more than she talks to him. The pair had planned to stay in beach towns outside of San Jose, Caicdeo said, and they posted photos and video to social media, documenting their trip.

Here is a timeline of the last time Stefaniak's was heard from:

Burton returned to the U.S. on Tuesday, but Stefaniak planned to stay an extra day to celebrate her birthday, Caicedo said.

11:30 a.m.: Stefaniak dropped Burton off at the Juan Santamaría International Airport in San Jose and then returned their rental car to the Thrifty Car Rental, Caicedo said.

12:23 p.m.: She took an Uber to a hostel located near the airport, Caicedo said. Her Uber driver offered to take her on a tour of the city, and she agreed, according to a timeline the family provided to ABC Action News.

1:04 p.m.: Stefaniak arrived to the Villa Buena Vista in San Jose and took about 30 to 50 minutes to change at the hostel while the driver waited, according to the timeline. She paid the driver cash to take her around, and she sent photos to family of her out and about town, where she bought a purse and earrings, the timeline stated.

Around 4 or 5 p.m.: The driver dropped her off back at the villa, according to the timeline provided by the family to WFTS.

6:30 p.m.: Stefaniak sent Burton photo of where she was staying, telling her she planned to go to a jazz cafe, the timeline stated.

6:55 p.m.: She sent a message to a WhatsApp group chat with friends, stating that it was raining heavily and that the power had gone out, describing the situation as "Super Sketchy," according to the timeline.

7:30 p.m.: Stefaniak Facetimed with a friend until about 9 p.m., telling him that she was considering going to a jazz club but that she was too tired, the timeline stated.

8:20 p.m.: Still talking on the phone, Stefaniak texted a group chat on WhatsApp, "I want to go out but I'm dead tired," according to the family's timeline given to WFTS.

9 p.m.: Her phone then died, ending the FaceTime call, according to the timeline. That was the last time anyone had contact with her, the family told WFTS.

12:17 a.m.: T-Mobile records show that Stefaniak's phone connected to the internet for a short time around 12:17 a.m., the family's timeline stated.

5:10 a.m.: The guards at the hostel told the family that she checked out with her belongings just after 5 a.m., but her flight wasn't scheduled to take off until 1:30 p.m., her family told ABC Action News, adding that it was unlikely she would check out early for no reason. There were no security cameras on the property or street to verify the hostel guards' claim, the family said.

8:30 a.m.: The Uber driver who drove Stefaniak the day before told the family that she had asked him to pick her up the next morning at 8:30 a.m. to take her to a shopping center, but she never showed up, according to the family's timeline.

1:30 p.m.: Stefaniak's flight back to the U.S. was scheduled to leave at 1:30 p.m., according to the family's timeline. She checked into her flight on her phone but never made it. It is unclear what time she checked in for her flight, the family told ABC Action News.

A "Finding Carla" Facebook page was created by family and friends of Carla.

4:27 p.m.: A body was found on the property in Costa Rica where Carla Stefaniak, the missing Florida woman was staying.

7:32 a.m.: The family of Carla Stefaniak is waiting at the morgue to identify the body found on Monday. The autopsy must be performed before the body can be identified by family.