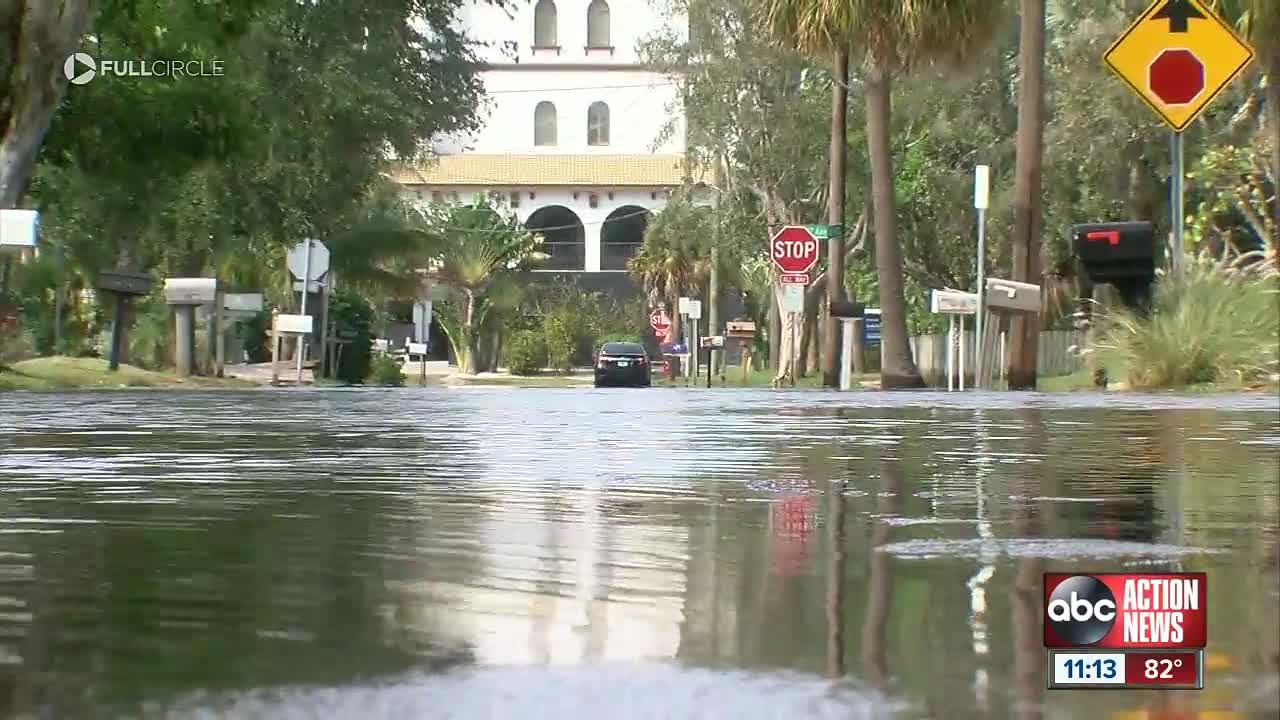 Paul LaGrone is investigating the deep impact climate change has on Florida. 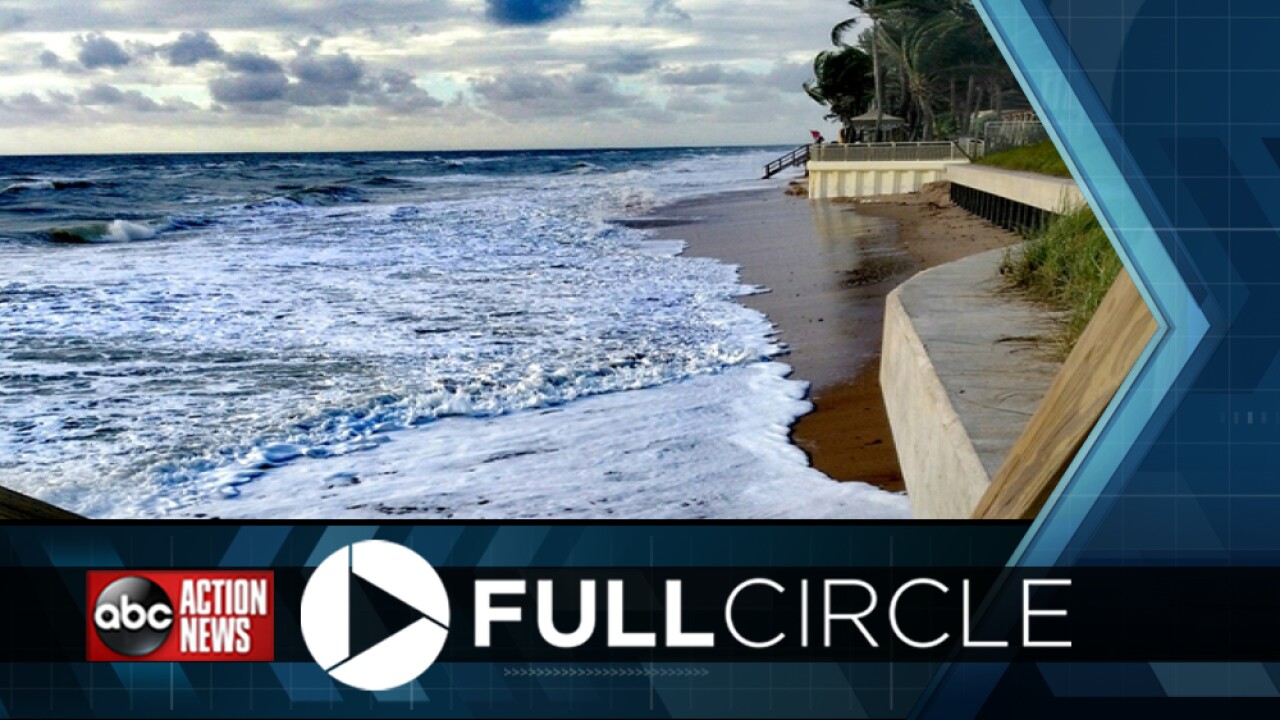 Prelude to a Change

Sea Level Rise, climate change, global warming: These are the phrases, the words, the talking points you see and hear in the headlines and the news.

They have become politicized terms that either grab your attention, or turn you off, or they just linger in the background like music at a party you’ve been to before.

But a subtle, yet profound change is starting to unfold. The argument over climate change is moving away from whether it’s actually happening and pivoting toward a more complicated negotiation of what should and can reasonably be done about it.

That is the new fault line in this debate: ideal vs. practical. And however that contest of perception plays out, the results will set into motion profound consequences that will impact your daily life, from your cost of living
to your family's health.

Evidence of a Problem

But it's not just episodic disasters like hurricanes that are threatening the way of life in Tampa Bay. It's also the creeping, unpredictable, and long term effects of sea level rise.

Kim Caswell lives on St. Pete Beach. She says when the King Tide rolls in several times a year, the streets turn into canals.

“It was not flooding nearly to the extent and with the frequency that it does now,” she says.

In May, local climate scientists presented their new projections for sea level rise in Tampa Bay.

They found the Tampa Bay region can expect to see an additional 2 to 8.5 feet of sea level rise by the end of the century. That's at least a foot higher than their estimate just four years ago in 2015.

The report says the higher water levels will cause chronic flooding, shoreline erosion, threats to drinking water and loss of ecosystems.

“Tampa Bay acts like a funnel, so when you have sea level rise and storm surge on top of it, that puts people in jeopardy,” says Susan Glickman, who works with the Tampa Bay Regional Resiliency Coalition.

The group brings together local leaders to plan for climate change, everything from hardening infrastructure and investing in flood control, to how to evacuate in a time of more frequent, stronger hurricanes.

“We are seeing sea level rise, we are seeing more intense hurricanes, and we are seeing droughts and wildfires, so the debate over whether or not it's happening has really gone to the sidelines,” says Glickman.

Dr. Robert Weisberg is an Oceanographer with the University of South Florida.

“I don't buy into these dire predictions that we are all going to be drowning more sooner than later,” he says.

He says people tend to focus too much on the worst case scenario, often overlooking the lower range of projected sea level rise. “The climate is always changing, it always has changed, it always will change,” he says. “I am of the opinion that unless there are catastrophic changes we will continue to see a slow rise in sea level.”

Dr. Weisberg says the more immediate threat to Tampa Bay is increased, unchecked development along the shoreline, where the storm surge is only getting stronger.

“As human beings, we have to be smart about what we are doing and i don't think we are,” says Dr. Weisberg.

Professor Weisberg's point is easily summed up in a basic question: Why do we continue to build right near the water on the coastline?

“People want to do what they feel is desirable in their property,” says Doerfel.

Should developers have a responsibility when it comes to mitigating climate change?

“Yes and no,” she says. “Flooding is no different than any act of nature, you're not going to stop building in the Midwest because of tornadoes,” says Doerfel.

But climate experts say it's not be where you build, but how.

They point to the Netherlands as the model for how to “engineer your way” around sea level rise.

One third of the country lies below sea level, yet it almost never floods, because the Dutch have invested billions in flood control. This could be Florida's future. Or it could be Houston after Hurricane Harvey.

“They (were) filling swamp and putting houses there. If we are going to do that, then let’s not blame it on climate change,” says Dr. Weisberg.

If the science doesn't convince you Tampa Bay is sitting on a problem, perhaps the economics will.

The same climate report given to Tampa Bay leaders, says the Bay Area, with its 700 miles of shoreline and 3 million residents, stands to lose $15 billions in real estate value and 17,000 jobs, as a direct result of sea level rise.

And recent headlines reflect the growing economic concern for all of Florida. Prominent climate analyst Spencer Glendon made news when he said it's "insane to own" property in Florida, predicting that rising insurance premiums could lead to an economic crash in the Sunshine State.

“When I hear more insurance rates going up it makes me wonder, what are we going to do?,” asks Rocks.

“That makes me worried because if it keeps going up here we will have to sell,” says Rocks.

So where do Florida lawmakers stand on this?

In what amounts to a first for the sunshine state, Governor Ron Desantis is now seeking resumes for a newly funded job position to help Florida prepare for climate change.

To see if you live in a flood zone, click here.