Some say kratom kills, others say it saves lives 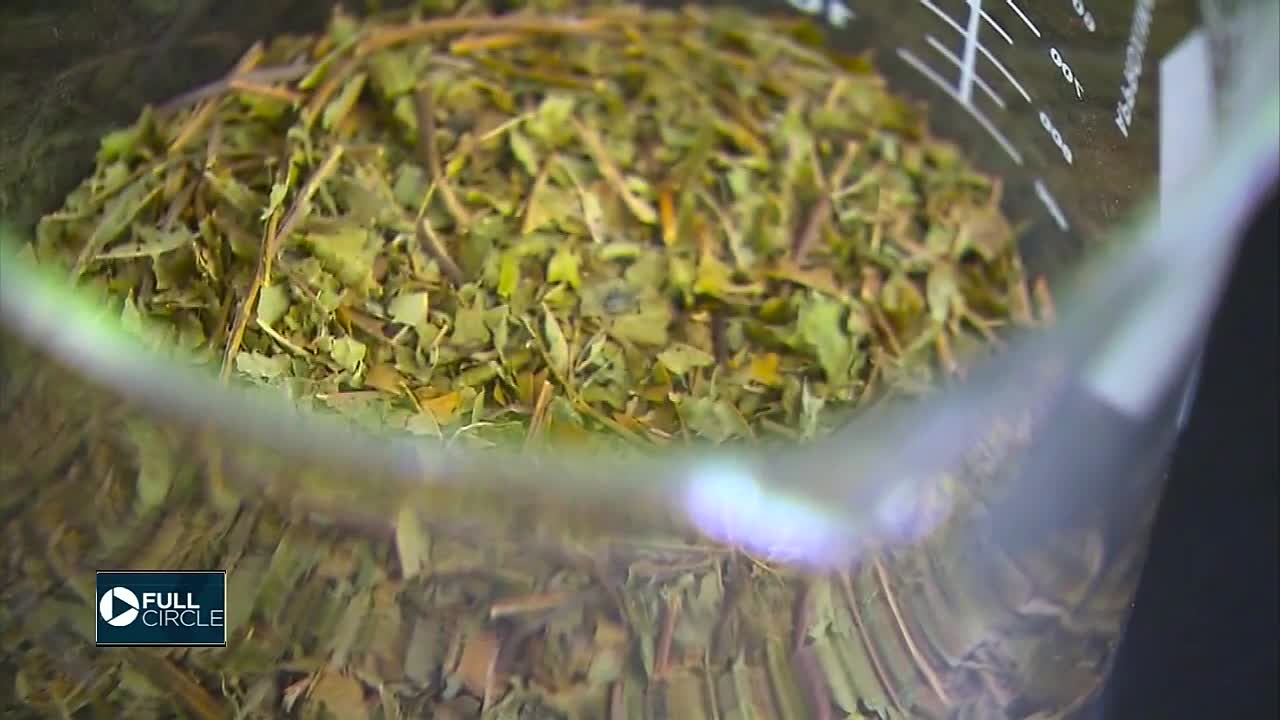 Herbal drug Kratom has the federal officials sounding warning alarms that the drug is taking lives. 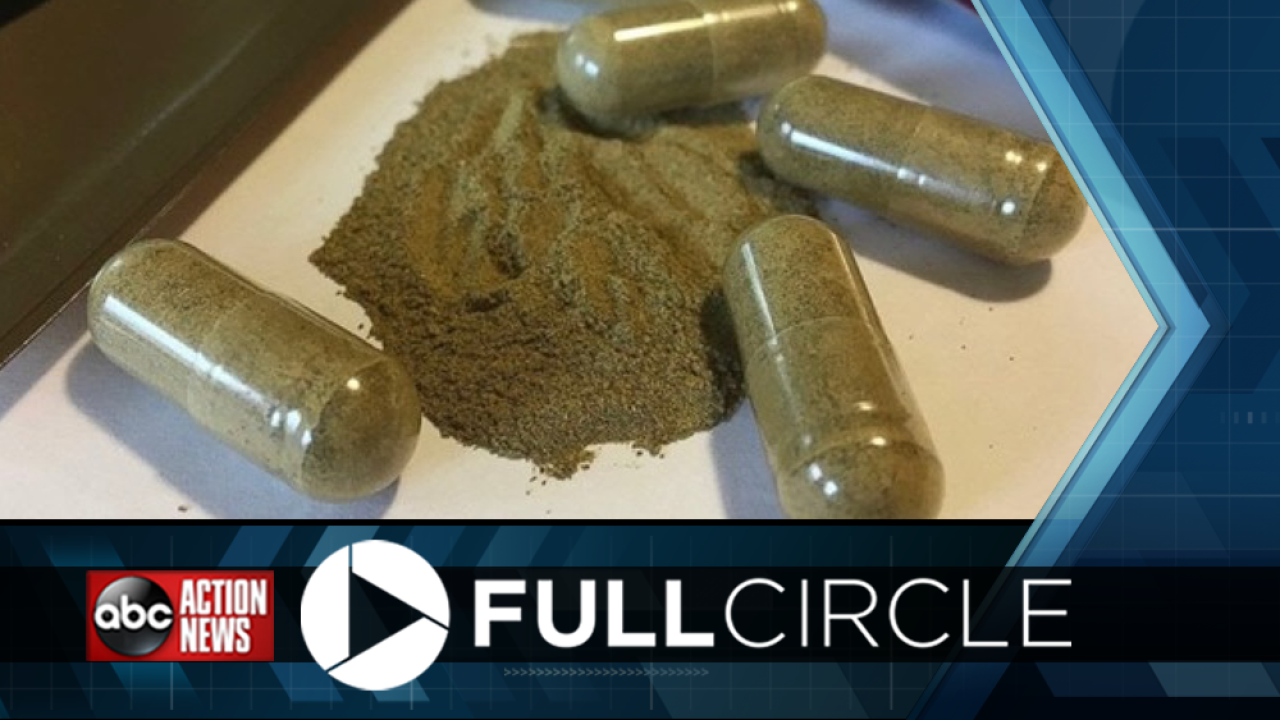 Last month, the Centers for Disease Control and Prevention found kratom as a cause of death in 91 cases between July 2016 and December 2017.

Christopher Waldron of Tampa was the among the 91 people who died of kratom. I-Team Investigator Kylie McGivern spoke with Waldron’s mother, who is calling for more rules surrounding the drug.

"I feel like it's the wild west out there and you don't know what you're taking,” said Waldron’s mother Laura Lamon.

Lamon said her only child battled an opioid addiction before his death on July 7, 2017 at age 27.

“He laid down to watch tv and he died,” said Lamon.

Lamon is now pushing for warning labels on kratom.

“I owe it to my son,” said Lamon, fighting back tears. “I’m not trying to hurt anybody, I just want other people to not have to go through what I did.”

According to the CDC, kratom “can produce stimulant effects in low doses and some opioid-like effects at higher doses when consumed.”

Lamon says she learned her son was using kratom to wean himself off an opioid addiction.

"I blame the lack of regulation of kratom,” said Lamon. “I don't know if there would have been a safe way for him to use it.”

Since 2017, the Food and Drug Administration has issued public health advisories stressing there’s no reliable evidence kratom is a treatment for opioid addicts and calling its use “extremely concerning.”

An FDA news release in February 2018 stated, “claiming that kratom is benign because it’s "just a plant" is shortsighted and dangerous. After all, heroin is an illegal, dangerous, and highly-addictive substance containing the opioid morphine, derived from the seed pod of the various opium poppy plants.”

Chris McCurdy, a researcher at the University of Florida, is hailed as an internationally recognized expert on kratom. He’s spent the last 15 years studying the drug. The National Institute on Drug Abuse, a federal government research institute, recently awarded his team $6.9 million in grants to further study the effects of kratom.

RECOMMENDED: Is Kratom a deadly drug or a life-changing supplement?

"We're looking at over 115 deaths per day due to opioid overdose, you know, we need something,” said McCurdy. “We need some sort of intervention and we feel that this has a very good possibility of providing that type of intervention.”

McCurdy said he sees a lot of hope in kratom, but he also urges caution.

"The public is in somewhat of a buyer beware marketplace and a little bit of a danger zone from uncertainty of quality of product that's available,” said McCurdy. "The scary part is, we don’t know how this product interacts with prescription drugs."

"We're trying to understand how these deaths result because in the traditional use in Malaysia and Thailand for centuries, there haven't been deaths connected to this plant material at all,” said McCurdy.

That’s why McCurdy is testing kratom currently available on the U.S. market to see what’s in it.

“We’ve actually seen some products that have been adulterated with prescription medications in them,” said McCurdy. “Hydrocodone, and we have seen morphine."

McCurdy said there have been reports of kratom spiked with bacteria, heavy metals and pesticides too.

When asked if he would recommend kratom, McCurdy said, “That’s a tough question for me to answer because there are so many people that contact me on a regular basis saying they use certain products and they have great success with it.”

McCurdy added, "I don't think it's a good idea to use a product that we don't know what's in it."

But Christopher Garrett credits kratom with saving his life.

ABC Action News met Garrett at his business, The Kratom Place, which he just opened in Tarpon Springs.

"I never thought I'd ever start a shop like this,” said Garrett, who keeps a bicycle mounted on the wall of his store – a reminder of why he’s a believer in kratom.

Garrett said he was hit by a car last June while riding his bike.

"Knocked me up on the hood of his car and I flew pretty horizontal in the air and I hit the ground directly on my left leg and my left arm,” said Garrett.

Garrett said he was sent home from surgery with enough painkillers to last three days.

But the pain didn’t stop.

"I was so desperate that I was seriously doing a mental pro/con list,” said Garrett. “I was building it in my mind if I should go out and try to score something like heroin just because I wanted the pain to stop. And then the rational part of my mind kicked in. I thought, ‘You’re smarter than this. You’re a former Air Force medic' and that’s when I got on the internet and started doing some searching.”

Garrett said he found kratom, which he credits with giving him a “300% quality of life improvement.”

RECOMMENDED: She drank kratom tea while pregnant. Then her newborn went into withdrawal.

"I'm greatly concerned that the government is going to regulate kratom into the ground. Kratom only helps people,” said Garrett.

Kratom banned in one county

Wayne Applebee works for Health and Human Services in Sarasota County, which became the only place to ban kratom in Florida in 2014.

"For us, there's a big enough question into its reliability in how healthy it is for our residents that until the science was clear, we wanted the ordinance to be on the books,” said Applebee.

Meanwhile, Lamon has filed a lawsuit – one of the first of its kind, according to her attorneys – that goes after the Tampa gas station that sold kratom to her son and the distributor. The lawsuit accuses the shop of failing to label its products to warn of kratom’s potential dangers.

"Study, test it, please, get labels on it, ” said Lamon. “I'll keep saying that until it happens. I don't want anybody else to lose a loved one."