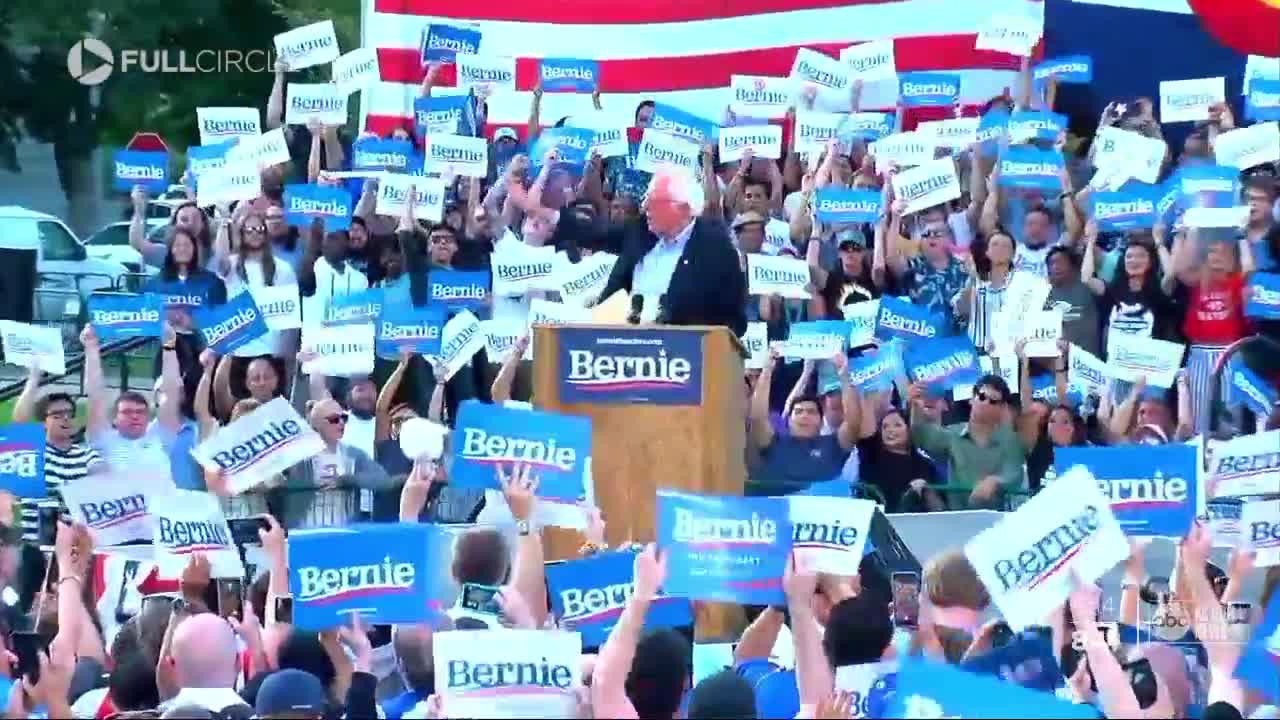 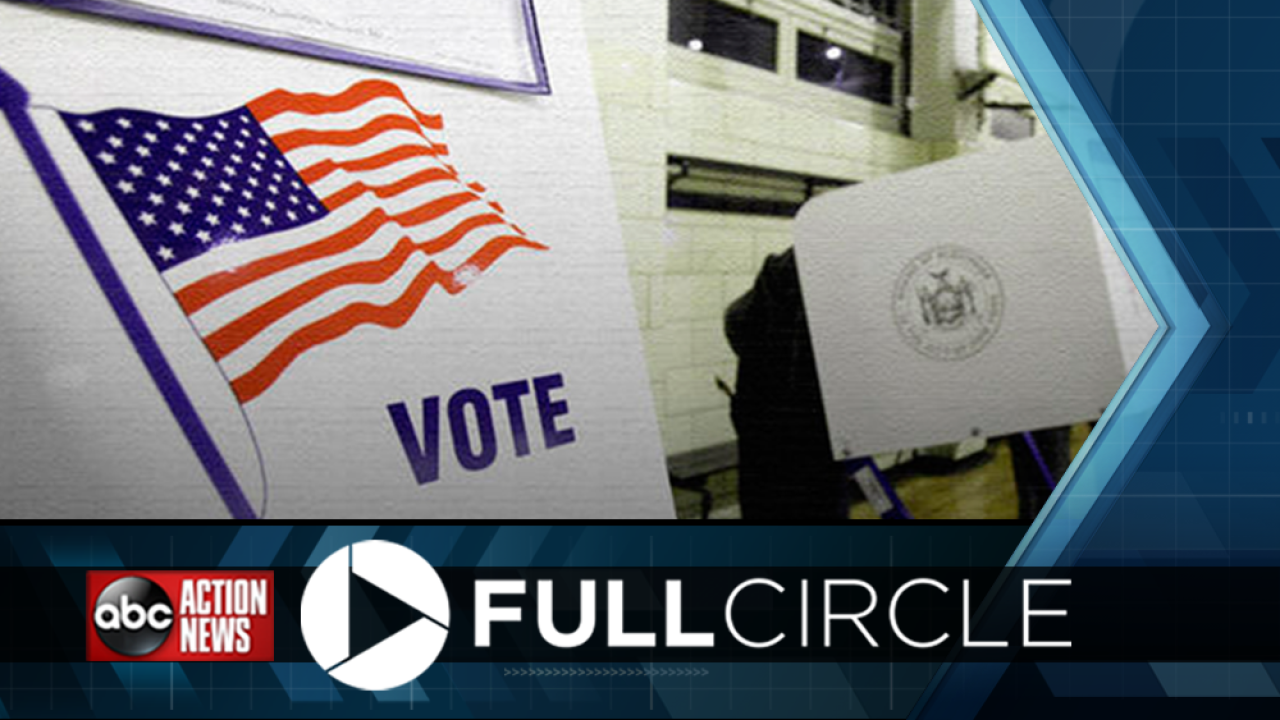 ABC Anchor Paul LaGrone found 15 states and the District of Columbia have already signed on to the agreement known as the National Popular Vote Interstate Compact.

Those states have a total of 196 Electoral College votes. For the compact to take effect, organizers only need enough states with at least 75 more electoral votes to sign on.

It’s only happened five times in American history that a U.S. president lost the popular vote, but still won the White House.

After President Trump lost the popular vote by more than 2.8 million in 2016, it reignited a national movement to elect future presidents solely based on the popular vote – not the Electoral College.

Currently, the U.S. elects its presidents through the Electoral College – a group of 538 people appointed by each state to elect the president officially.

It’s made up of 538 people because that’s the total number of senators from every state – 100 – and the number of representatives in Congress – 435 – plus three electors from Washington D.C.

Just like Congress, the electoral college is not distributed equally. Each state receives electors based on its population size, with larger states receiving more Electoral College votes.

The push for change

Critics of the Electoral College say the system gives an unfair advantage to states with large numbers of electoral votes.

“Candidates are not creating nationwide policy,” said Deb Mazzaferro, who works with the National Popular Vote Interstate Compact. “They are creating policy for soccer moms.”

The National Popular Vote Interstate Compact is a nonprofit group that has been actively lobbying states to award all their electoral votes to whichever presidential candidate wins the nationwide popular vote.

Under the new proposed system, whichever candidate receives the most votes in the country would win.

“The electorate does not get equal representation across the whole country,” said Mazzaferro of the Electoral College. “We have this winner-take-all system where, however the state votes, all of their electors go to that candidate, which means the people in the opposite party – their votes don’t count.”

Mazzaferro said, “The last election you had about 12 states that the candidates did 99% of their visits and their advertising. That means 38 states don’t get any candidate visits.”

Instead, all the money and attention go to big swing states, like Florida, which is projected to lead the country in political advertising in the 2020 presidential race.

“There are 38 states that are reliably red or blue, if you are a Republican in California or a Democrat in Texas, you might as well go walk your dog,” said Mazzaferro.

Mazzaferro said she believes Florida would still be a crucial state even with a switch to a popular vote system because of its prominence as a purple state.

The fight to preserve the Electoral College

There is nothing in the U.S. Constitution mandating how states award their votes in the Electoral College system.

In fact, state governments and legislatures are in control of how those votes are distributed. State lawmakers have the power to switch to a system in which their state’s electoral votes are awarded to the candidate who wins the popular vote on the national level – not just the popular vote within the state.

But Republican state Sen. Dennis Baxley is on a mission to defend the Electoral College. He filed a bill this year seeking to preserve the current system and guarantee that Florida will never sign the popular vote compact.

The bill died, but Baxley warns what could happen if the Electoral College is changed.

“What you have is 22 major cities that would begin to control the whole election process,” said Baxley.

Baxley said, “We actually have a system by which everyone has input, whether you are in small or large states.”

Opponents of the push to switch to a popular vote system say it would shift the power to big cities.

They argue it would lead to a concentration of power in highly populated areas, alienate small states, small towns and render rural America irrelevant. All while further dividing the country.

That criticism has slowed the movement to switch to the popular vote system, according to Susan MacManus, a retired University of South Florida political science professor.

“The idea that you really mute the voices of people who live in places other than five or six big metropolitan areas – that is what is keeping a lot of people from jumping on the popular vote wagon,” said MacManus.

Democratic political operative Alan Clendenin knows a thing or two about the Electoral College; he was a voting member for Florida in 2012.

Clendenin said it could happen again – the next U.S. president wins the White House without winning the popular vote.

“The problem with the popular vote if you lived in a smaller state is that several of the larger states could really run roughshod over you,” said Clendenin.

But Mazzaferro disagrees with that premise, saying a “one vote, one voice” system will empower all citizens no matter where they live because each vote will count toward the final score.

“We think more people will get out and vote, they will feel like their vote matters more,” said Mazzaferro.

If the current pandemic doesn’t cancel it, the U.S. Supreme Court is set to hear arguments in two cases regarding the Electoral College in May.

At issue is whether members of the Electoral College can cast their votes for whomever they wish – regardless of who won the state.

As for the popular vote movement, it ran out of time to get enough states on board for the 2020 elections, but just a few states could make all the difference and change the way the U.S. elects its president in 2024.