Full Circle Investigation: The dark money behind the minimum wage fight in Florida 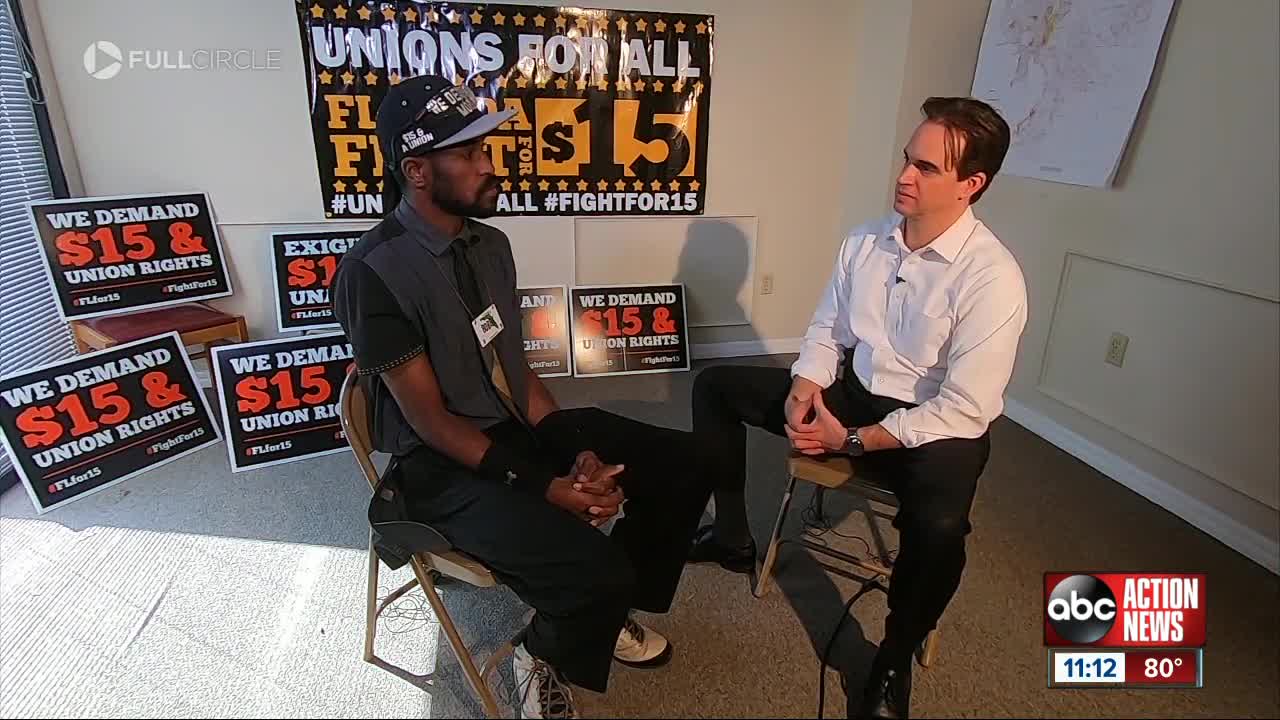 The fight over a new minimum wage is being manipulated by a cottage industry of political action groups seeking to shape public opinion and win votes, a Full Circle investigation uncovered. 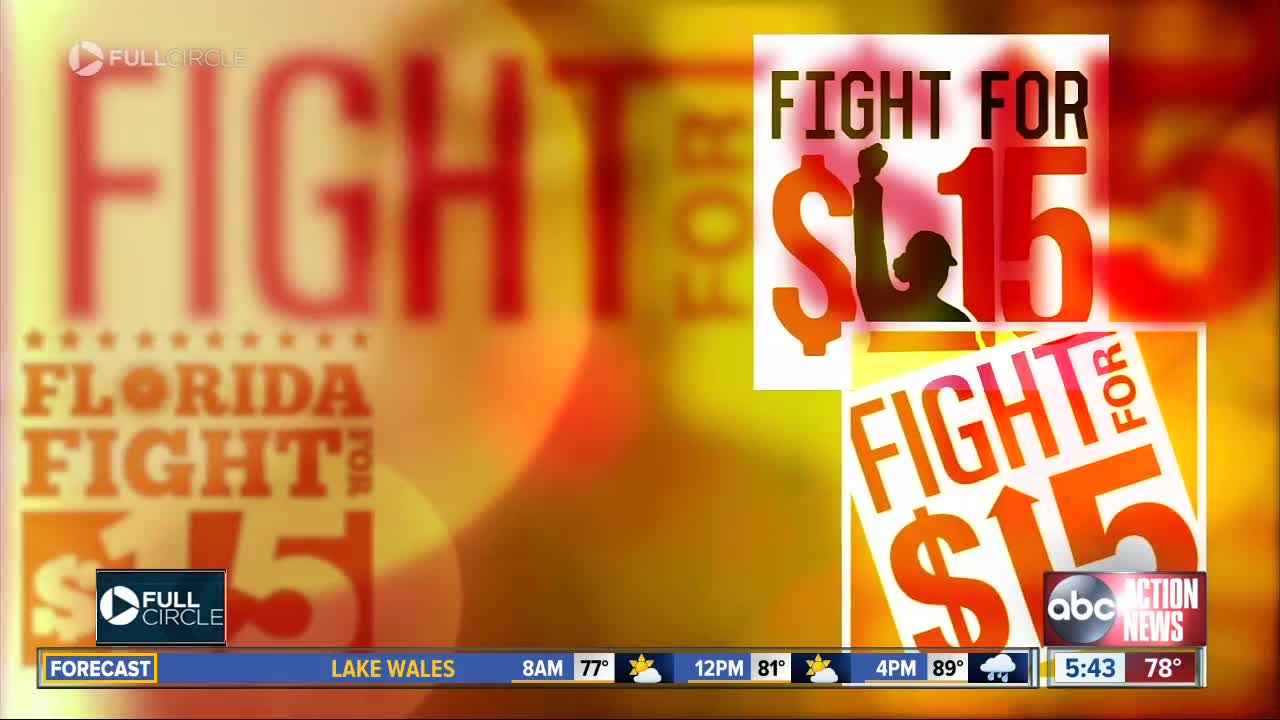 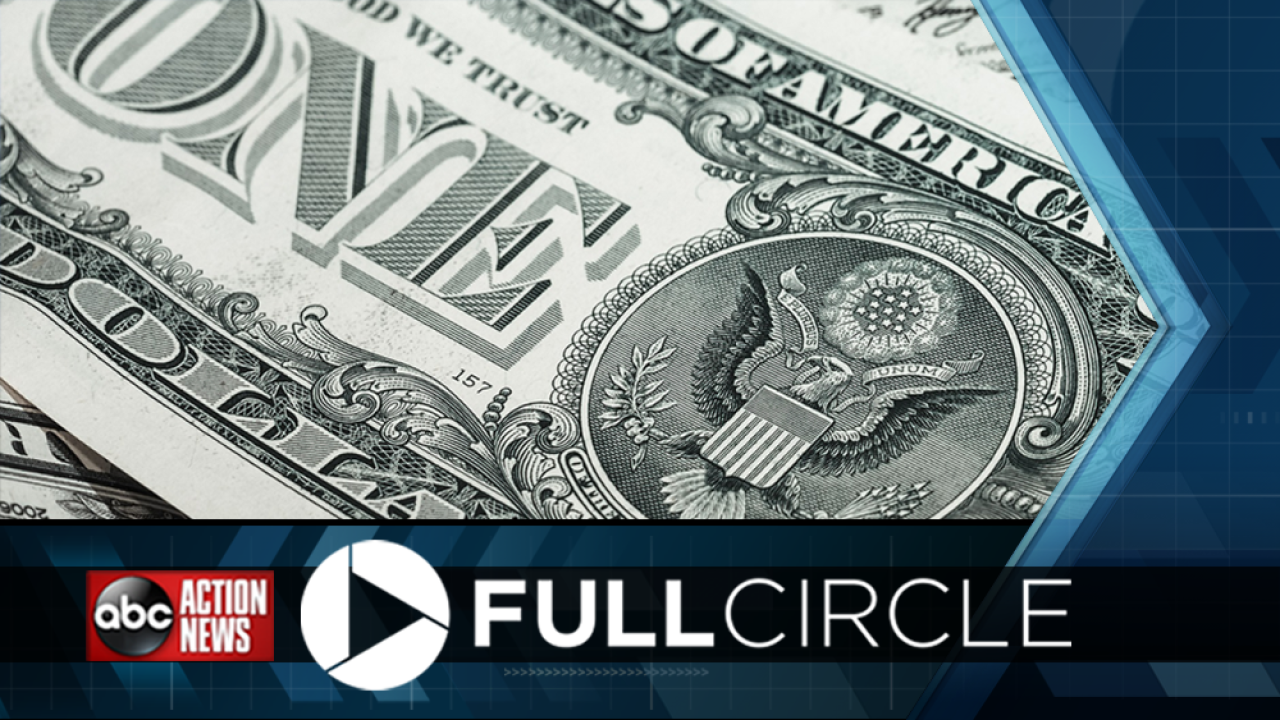 The fight over a new minimum wage is being manipulated by a cottage industry of political action groups seeking to shape public opinion and win votes, a Full Circle investigation uncovered.

ABC Action News Anchor Paul LaGrone spent weeks digging into nearly a decade of tax records and campaign finance reports and uncovered a deep network of front groups bankrolled by a billionaire businessman and one of the most influential lobbyists in Washington, D.C.

It’s an escalating war over wages in Florida that could reshape the state’s economy and impact millions of jobs for generations if a campaign push to let voters decide on a new $15 hourly minimum lands on the 2020 state ballot.

Currently, Florida’s minimum wage stands at $8.46 per hour, while the federal minimum is a $7.25 hourly rate.

The I-Team discovered one of the front groups fighting against raising the minimum wage is Employment Policies Institute or EPI, a nonprofit created by D.C. lobbyist Richard Berman.

Berman is known for his strategy of creating non-profit groups with names that sound like independent think tanks but are in practice agenda-driven political organizations in favor of big business.

Since 2010, EPI has spent nearly $19 million fighting against the Fight for 15, an expanding political movement pushing for a $15-an-hour federal standard.

EPI pays out millions every year for websites like minimumwage.com with links to research opposing minimum wage increases. Some of its material has even wound up in newspapers, such as Keys Weekly.

The tax records also reveal that EPI promotes its research – producing everything from commercials and billboards to an app warning about the consequences of a rising minimum wage.

In 2015 EPI spent $540,000 hiring what the group described on tax forms as “independent economists” to research the effects of wage increases.

But the I-Team found all of EPI’s published research frames the $15 minimum wage as bad for business and bad for jobs.

The group’s stated mission is to help employers educate their workers about what it calls “bad government policies.” The group’s foundation runs a website called Information Station and all videos and articles available on the site are slanted against wage increases.

And while the group claims it doesn’t endorse political candidates or parties, the I-Team found financial disclosure filings with the Federal Election Commission showing the political arm of its organization — Job Creators Network — paid thousands of dollars to support four candidates for Congress – all of them Republicans.

ABC Action News reached out to both EPI and Job Creators Network. EPI has yet to respond to questions.

“As an organization advocating for small businesses, we are definitely concerned with the push for a $15 minimum wage. These super-high minimum wages create job loss, reduce hours for entry-level employees, and increase the pace of automation. A study of Seattle's move to $15 showed that minimum wage employees saw their take-home pay drop after the minimum wage increase due to fewer hours worked. Another real-life example of these consequences was highlighted just this last week at Target. Despite the higher starting wages, employees are seeing their hours cut and are struggling as a result of smaller paychecks.

We fear similar consequences in Florida. Even more concerning in the Florida ballot initiative is the elimination of the tip credit for restaurant servers. This hike would be devastating for both restaurant owners and servers who depend on tips.”

On the other side of the wage debate is John Morgan, a personal injury lawyer known for his television commercials.

Morgan’s group, Florida for a Fair Wage, has spent more than $4 million on the campaign to put a $15 minimum wage question on the 2020 ballot, according to state election records.

“The desperate never have anybody that speaks for them,” said Morgan. “I’m going to war over slave wages.”

Morgan claims he pays everyone at his law firm at least $15 an hour, but the I-Team found his company hired a third-party call center where workers earn less.

Office Gurus, which is headquartered inside a Seminole office park, handles calls for Morgan & Morgan when its own call centers get overwhelmed with too many calls, according to John Morgan.

In an emailed statement, John Morgan told ABC Action News, “I can’t control what others I rely on pay – not my lawn care, not the janitor service in my buildings or those that supply my office supplies or coffee. All I can control is what I control and making sure Florida gets to vote for work with dignity.”

Morgan also said workers in his own call centers make $15 an hour – plus bonuses.

Wage fight puts workers and business owners on opposite sides

Bobby Fields, who works the overnight shift at McDonalds, said he supports a minimum wage increase.

“It’s not easy at all to pay the bills,” said Fields. “And it’s difficult going to paycheck to paycheck.”

Fields said he joined the Fight for 15 campaign to fight “for the right to be treated fairly and be paid fairly.”

But Keith Overton, President of Tradewinds Island Resorts on St. Pete Beach, predicted an increase in the minimum wage would hurt Florida’s tourism industry and backfire on workers – even with a proposed increase phased in over six years.

“We are going to lose business and ultimately this is going to cost people jobs,” said Overton. “There’s no real way to make that up unless we pass it on to the consumer or we lay people off and eliminate jobs.”

Chris Jones, an economics professor at University of South Florida, said the objective reality is the Florida economy depends on a minimum wage.

“The notion that many people have – that now, all of a sudden, you’re going to have hundreds of thousands of people that make $7.25 an hour, that all of a sudden now they all get to make $15 an hour – it’s just not the case,” said Jones. “What’s going to happen is some of those individuals will get that higher wage and some of those individuals are going to lose their jobs… because employers simply cannot have that level of labor costs and they will lay certain individuals off and try to operate with a reduced staff.”

The non-partisan Congressional Budget Office released a report in July concluding that a $15 minimum wage would boost the wages of 17 million workers, but 1.3 million other workers would become unemployed.

The CBO report also found raising the minimum wages would reduce business income and all consumers would pay higher prices.

Morgan’s Florida for a Fair wage petition is expected to collect enough signatures to qualify for 2020 ballot.

In order to become law, at least 60% of voters would have to approve the measure and if it passes, the first raise would take effect in September 2021.