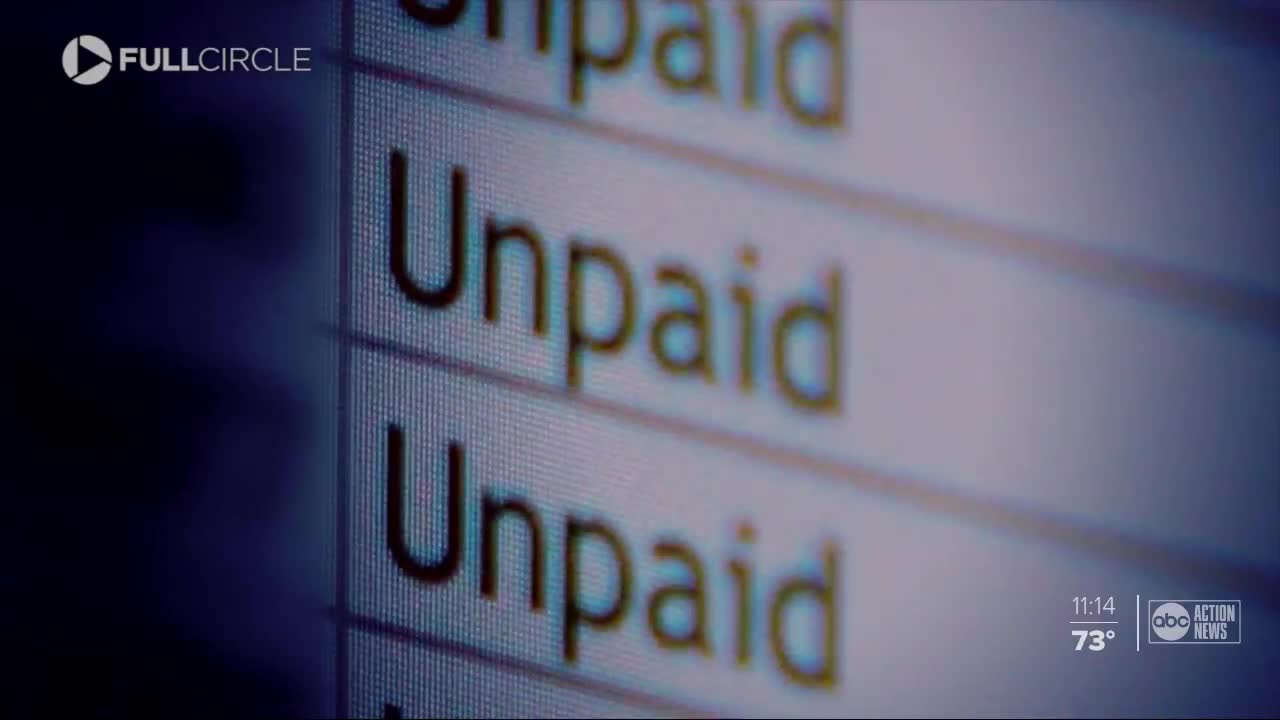 Small business owners and the unemployed are looking to government leaders for relief from the pandemic's financial fallout. 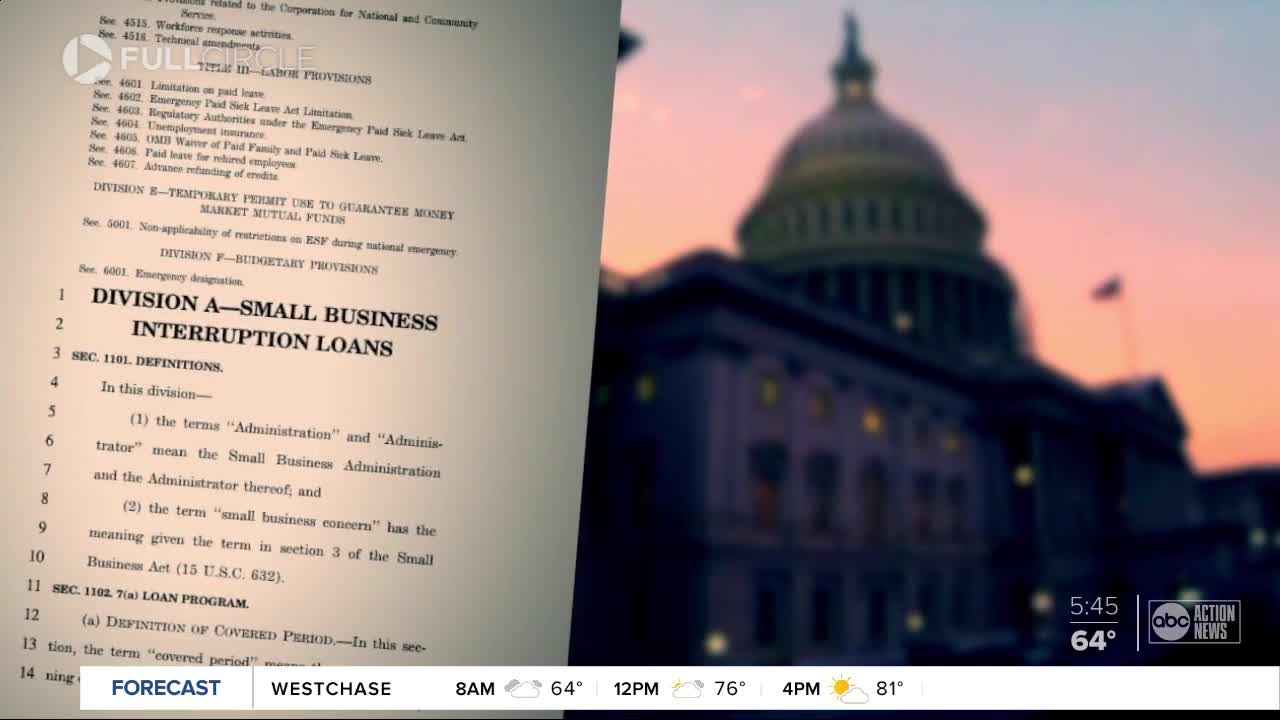 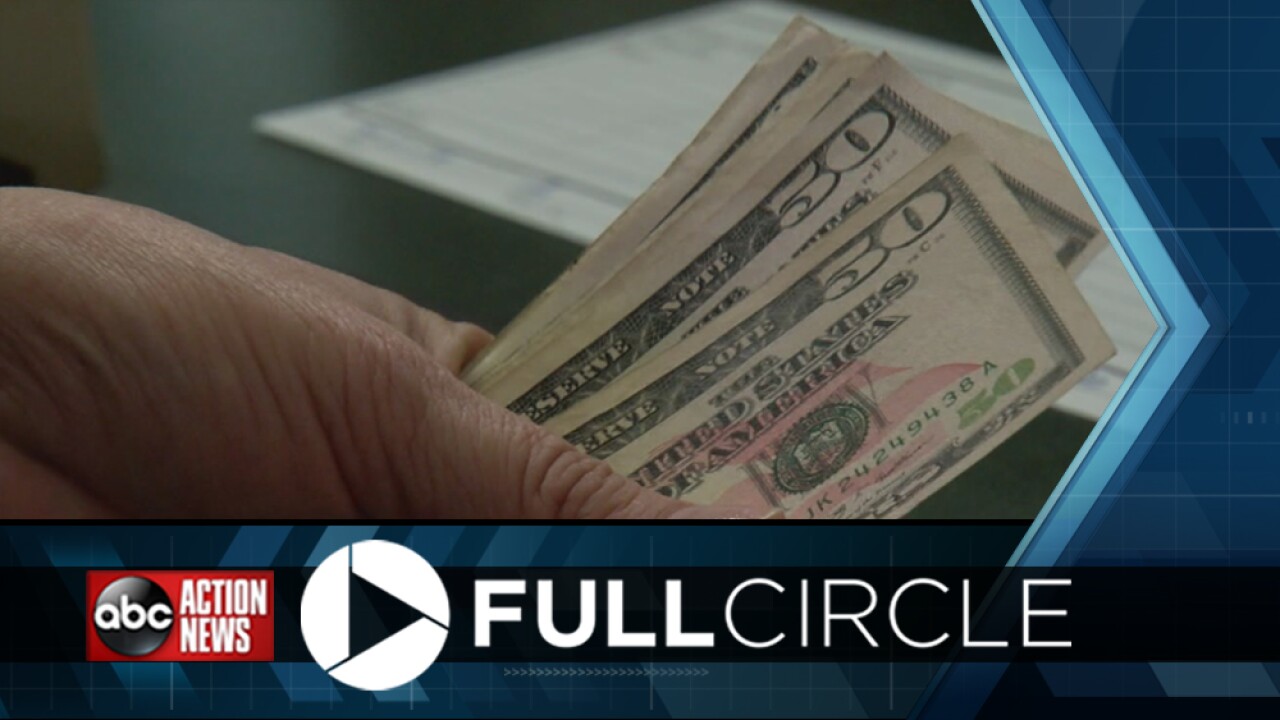 TAMPA, Fla. — As scientists and doctors race to contain and kill the spread of COVID-19, small business owners and the unemployed are looking to government leaders for relief from the financial fallout from the pandemic.

Those helped by the federal stimulus legislation include:

The package even has language that fast tracks FDA approval of sunscreen products, which are not a known treatment for coronavirus.

But the legislation also makes gig workers, freelancers and independent contractors eligible for unemployment benefits, including an additional $600 a week provided by the federal government.

That could help Tracy Wells, who is an Uber driver, along with her husband.

During the Seminole Heights murders, the couple offered free rides to keep people safe from a mysterious killer. Now, because of a very different kind of killer, they can't even give their rides away, according to Wells.

"It's pretty scary," said Wells. "We are running into all roadblocks as far as unemployment."

Dr. Susan MacManus, a retired USF political science professor, told ABC Action News the clock is ticking for Congress and President Trump to prove they can be effective when it comes to shipping out the federal stimulus checks promised to millions of those in need.

"Americans just want to hear hope, and they just want to see those checks get into mailboxes and bank accounts," said MacManus. "It can't be two, three, four, five months from now, and that is the most important thing that people are looking to government for."

Still, some people will fall through the cracks because the plan doesn't help those who made above the set income levels last year but will likely suffer a loss of income this year.

"This is uncharted territory," said Jon Wax, a financial adviser with Tampa-based Waller and Wax Advisors. "We've not been in a position where there's been an economy-wide shutdown."

Wax said in a situation like this, everyone should compartmentalize their finances into three categories:

Wax said homeowners should also think about refinancing with the lower rates now available, but cautions unexpected furloughs and unemployment could interfere with the ability to make mortgage payments.

But while most Americans are confronting difficult financial decisions now, there are questions about whether four U.S. senators got a heads up about the economic crash after a coronavirus briefing on January 24.

Senate financial disclosure records show Republican Senators Richard Burr of North Carolina, James Inhofe of Oklahoma and Kelly Loeffler of Georgia and Democrat Senator Dianne Feinstein, each sold hundreds of thousands of dollars in stock in the days after that briefing.

Loeffler is married to the chairman of the New York Stock Exchange, and records show the power couple dumped more than $300,000 in stock — including shares of Delta Air Lines — in the week after the briefing and a month before the stock market crashed.

Records also show they purchased at least $200,000 worth of stock in two companies that produce telecommuting software, equipment which has become essential for millions of Americans now being forced to work at home.

In response to the allegations, Loeffler blasted out a message on Twitter, writing, "I do not make investment decisions for my portfolio. Investment decisions are made by multiple third-party advisors without my or my husband's knowledge or involvement."

Inhofe and Feinstein have also said they had nothing to do with their stock sales, while Burr has said he sold his stock based on media reports about the coronavirus.

But the moves raised enough eyebrows to trigger a warning from the U.S. Securities and Exchange Commission, which released a public statement, saying, "a greater number of people may have access to material nonpublic information than in less challenging times. Those with such access… should be mindful of their obligations to keep this information confidential."