Buying citizenship vs. deportation: The contrasting world of immigration in Tampa Bay 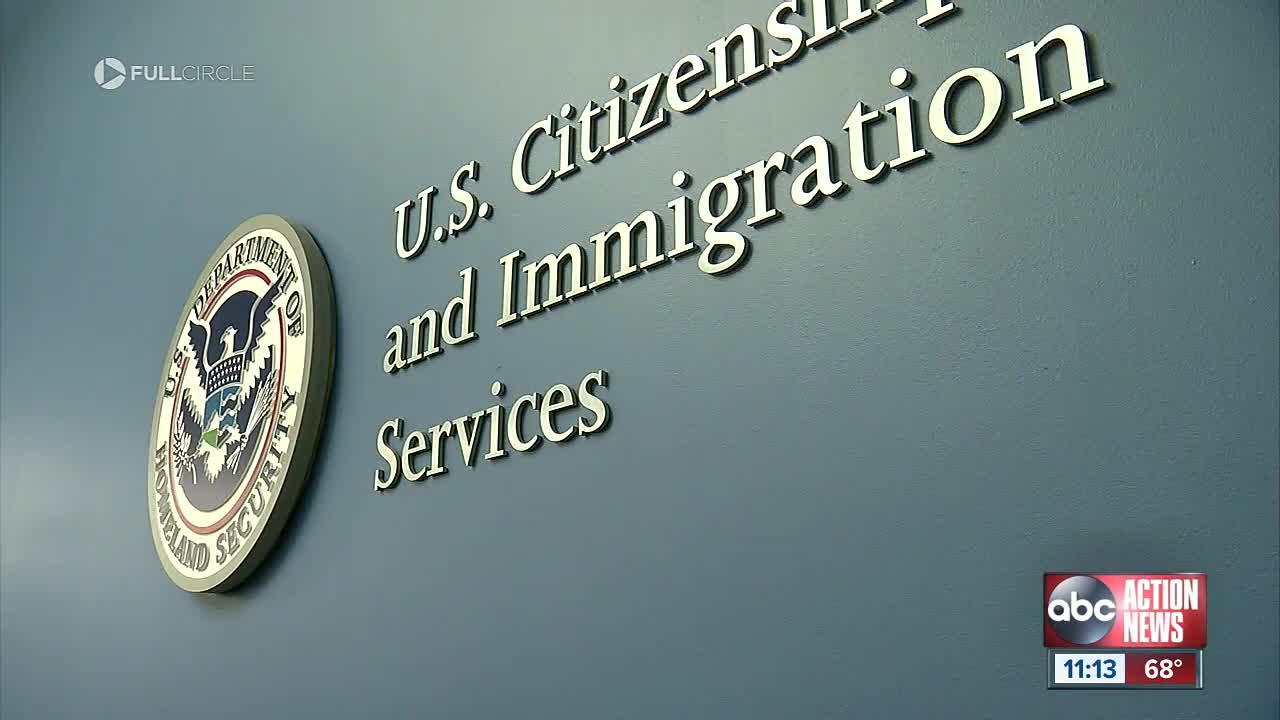 ABC Action News Anchor Paul LaGrone explores the contrasting world of immigration, where some are able to buy their way to US Citizenship, while others are facing increased enforcement. The full story: http://bit.ly/2JMjvMx 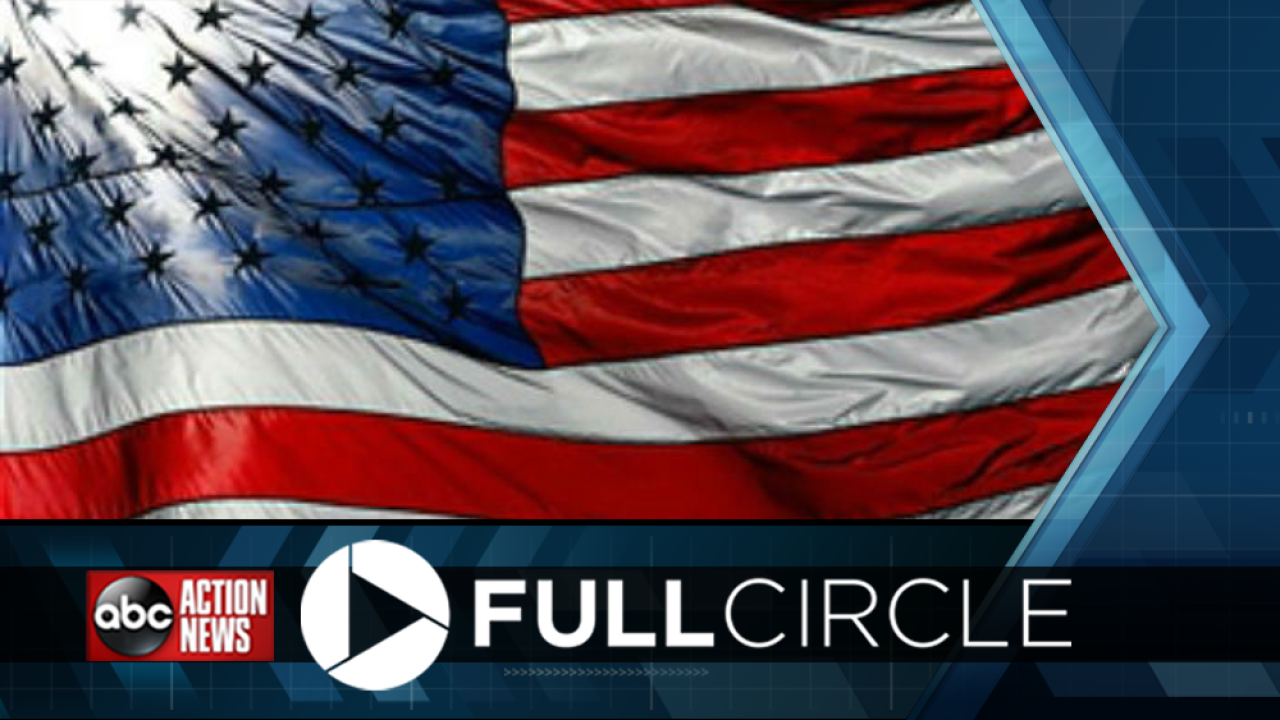 On a Friday morning, many people who traveled far and wide wait inside the Tampa Immigration office, are hoping for a better life.

“I’m from the Netherlands,” said Marjoke.

“To live in Tampa Bay, it’s really pretty awesome!” she told us with a smile, minutes after she was officially sworn in as a U.S. citizen.

Ahmad from Palestine told us, ”I’ve been waiting for this moment for a long time in my life.”

Their stories are stories of personal success.

But for Army Veteran Elliot Martinez, the Road to the American Dream for his Honduran wife, has taken a heartbreaking detour.

“How can I… ahh… it’s a hard thing to explain,” said Martinez as he takes a deep breath.

“I want my wife back. I need her… I find myself being very lonely. And I’m not a man who cries, but I find myself crying every once in a while because I miss her,” he said.

Like many immigrants from Central America, Martinez’s wife Consuelo, came to the U.S. illegally 18 years ago.

She was allowed to stay as long as she didn’t commit any crimes and she checked in with immigration officials once a year.

But, that all changed two months ago, while she was working on becoming a citizen.

“On the way to the lawyer's office, we got here, got outside the door, and they called her on the phone and told her she had to leave the next day,” Martinez recalled.

Tampa Immigration Attorney Samson Koyonda is seeing a surge in cases like Elliot’s.

But, there is another path to the American dream.

A path paved with money

It's called EB-5, a federal program giving rich immigrants the chance to get a green card if they invest at least $500,000 into a local project that creates at least 10 jobs.

Supporters say it creates jobs for people in Tampa Bay and if you need proof that EB-5 money is being pumped into Florida, look no farther than the Tampa skyline.

According to the website of Atlantic American Partners — one of the premiere EB-5 investment firms in Tampa — they raised $4.5 million to build the Aloft Tampa Downtown hotel, $12 million to re-develop The Le Meridian Hotel, which used to be a Federal Courthouse, $19 million to build the 500 Harbour Island high rise, and $23 million for Nine15 apartment building.

And beyond downtown, the new Current Hotel now under construction at Rocky Pointe, fetched $9 million in foreign funds.

Even your non-descript neighborhood strip malls like the Horizon Park Shopping Center on Hillsborough Avenue, got a boost from overseas investors trying to come to America, $3.5 million dollars worth.

It all adds up to thousands of local jobs in the Tampa Bay area and hundreds of rich immigrants and their families now living in the U.S. and on their way to becoming U.S. Citizens.

Critics of EB-5 point to a contrasting world of immigration in America: those who have money and are able to get in and those who do not, and are facing increased enforcement.

Xenick says that is a very simplistic argument because, ”They (the EB-5 Immigrants) are putting hard money at risk, for a very long period of time.

"They may never see that money back,” he said.

That kind of money risk has led to allegations of fraud, which are spelled out in a Federal lawsuit against a South Florida Development company that used EB-5 money from Chinese and Russian immigrants. They sued claiming their money was misspent.

The Federal case was dismissed last December, after the company filed Chapter 11 Bankruptcy, but another lawsuit has just been filled in state court in Florida.

Alison Jimenez is a Tampa economist who specializes in money laundering cases.

“The SEC has filed over 32 different enforcement actions since 2013. Specifically over EB-5 programs,” she said.

She said the problem with EB-5 is there is no central regulator who’s looking over the program, and many times the investment documents are in Chinese, making it hard for banks to know if the money is legitimate.

Jimenez said some EB-5 projects have even risen to the level of being a ponzi scheme.

“They have in fact been ponzi schemes, and some have been plain old fraud,” she said.

Mike Xenick, who’s never been sued, admits the industry could use more regulations, but he says the EB-5 program has been a win, win for Tampa Bay.

“The United States provides opportunities for a lot of people, from a lot of different walks of life,” he said.

Elliot Martinez dreams of a day when his wife will be back in his arms.

“I served in the forces to guard our way of life, I was prepared to give my life for their defense, but I will fight for my wife,” he said.

Meanwhile, Martinez’s lawyer, Samson Koyonda, estimates it will probably take two and a half years for his wife to come back to the United States. 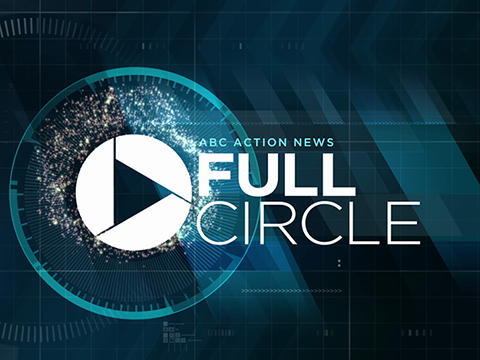