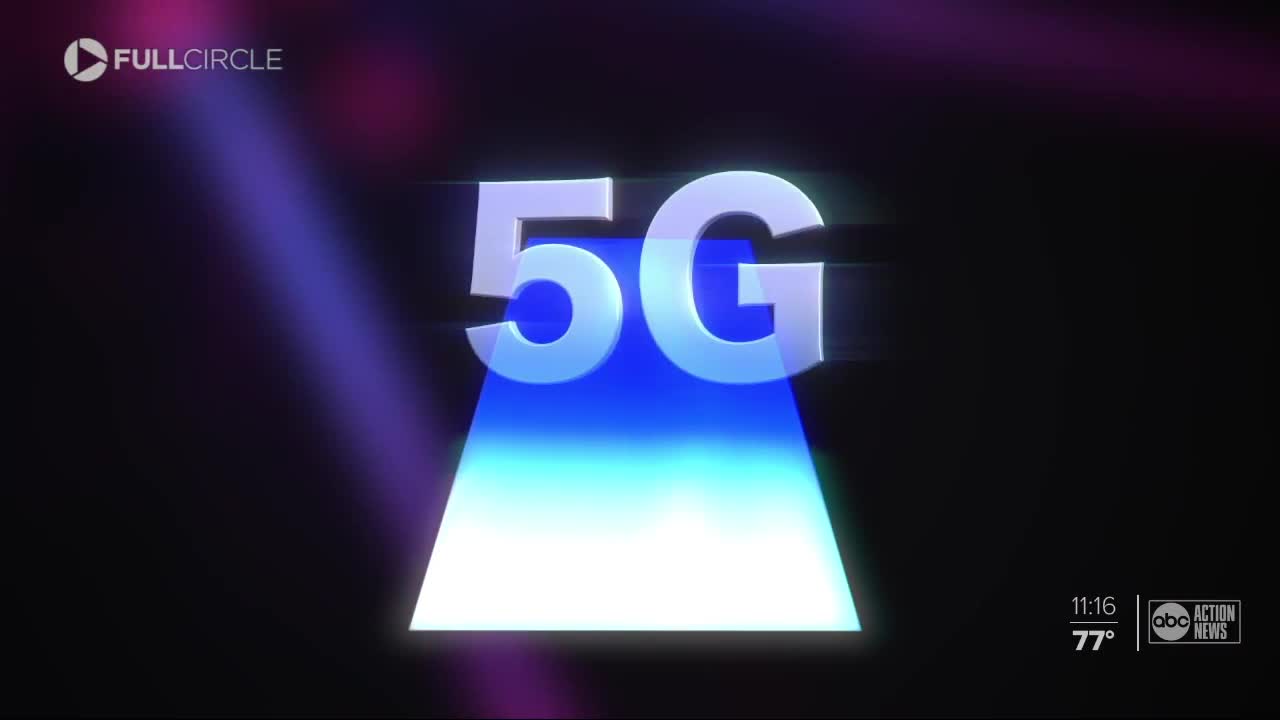 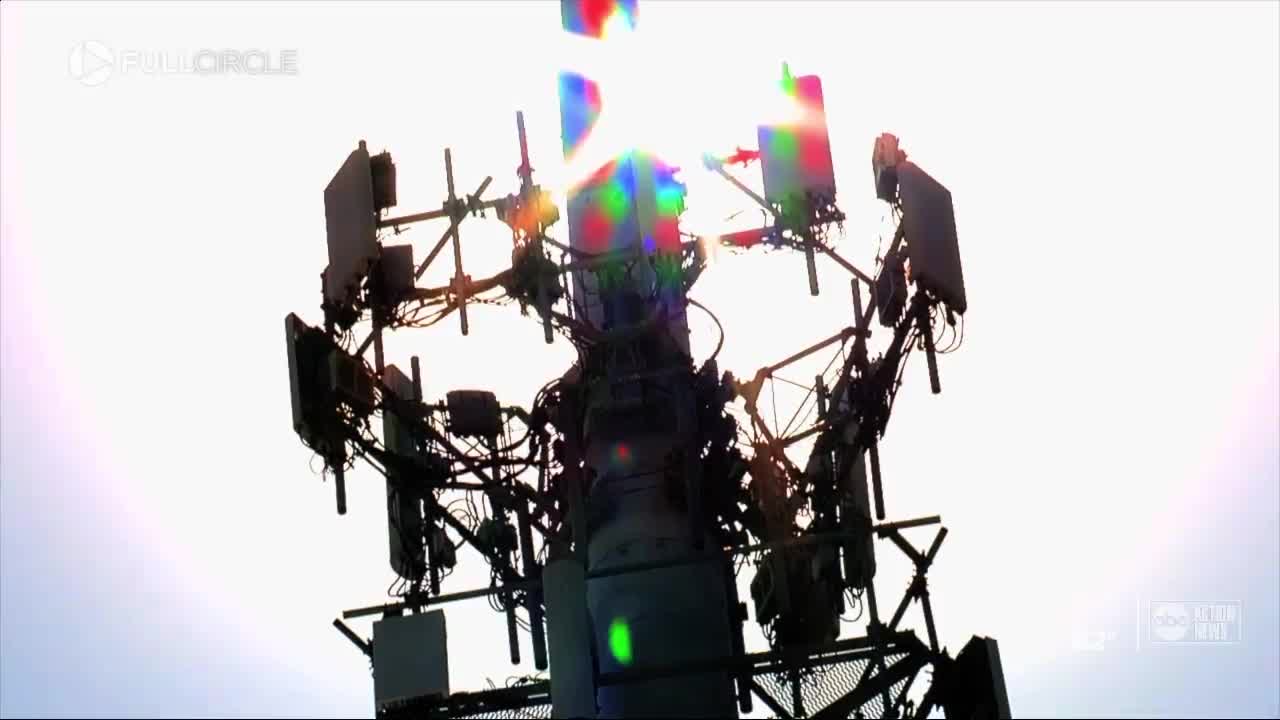 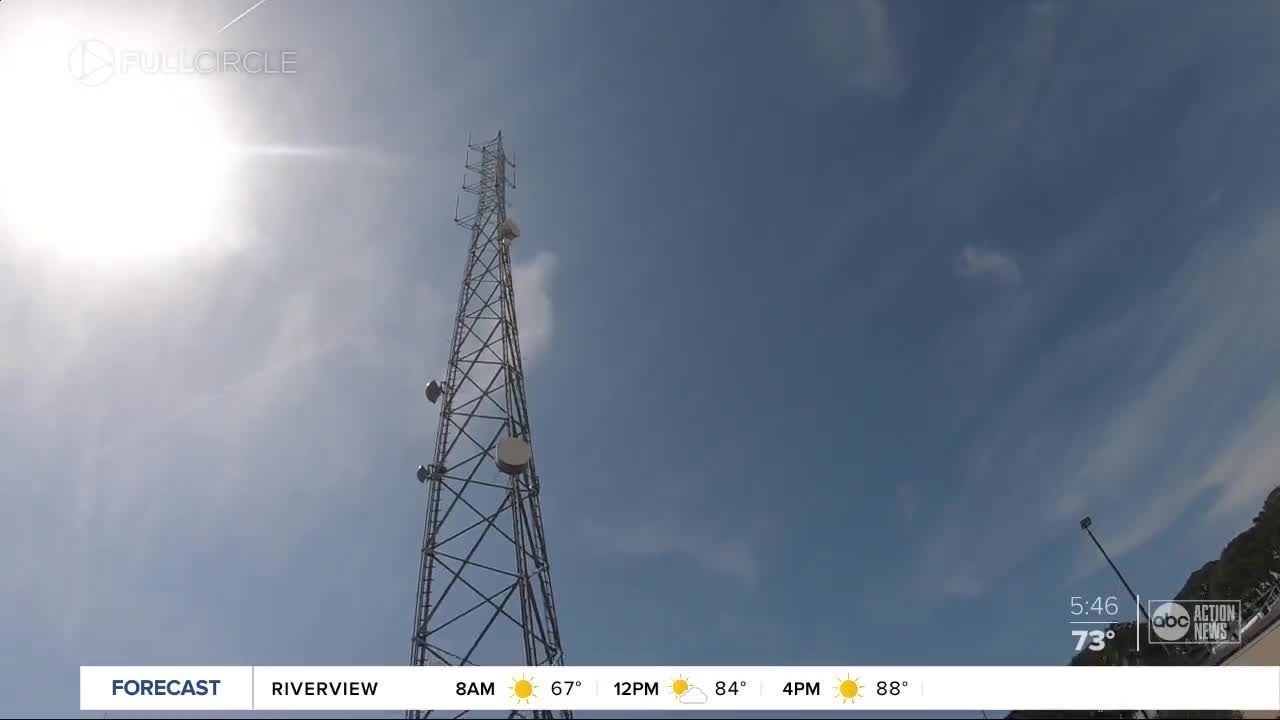 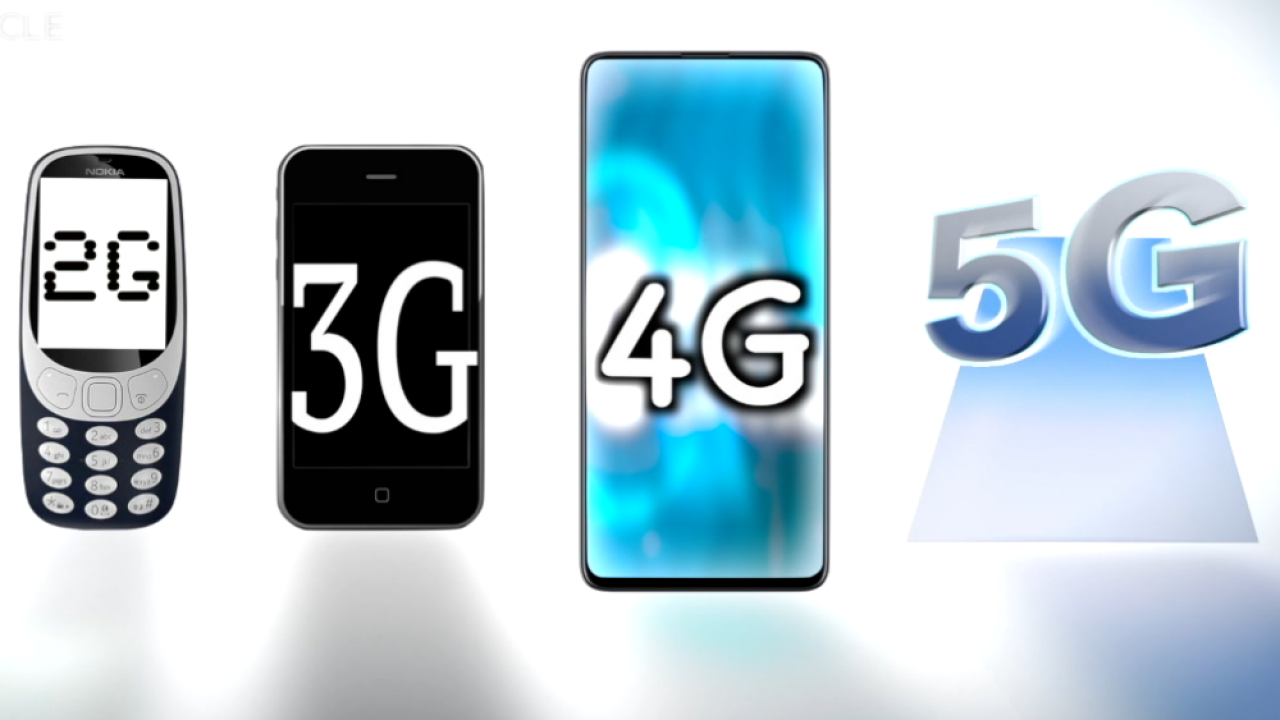 TAMPA, Fla. — As the Tampa Bay area practices social distancing by staying at home, it is putting pressure on internet services to keep up.

Commercials flash across televisions. Posters hang in the windows of cell phone stores. Ads pop up on phones that promise the fastest internet yet in the race to 5G.

But what is it? And why should we care?

The fifth-generation technology boasts mobile internet connections of less than a second. But the I-Team found building the 5G network is creating tension among cell phone companies, cities and homeowners.

Kevin Nickels owns a condo at Mansions by the Sea on Treasure Island, and called the installation of a new cell tower outside of his building “a colossal mess.”

“There was no knowledge of it to all the owners here by the city or Verizon,” Nickels told the I-Team in February. “It was up within a day and a half.”

The I-Team found the new black pole installed in front of Mansions by the Sea is not for 5G — at least not yet. It's built for 4G, but Verizon says the poles, known as small cells, are laying the foundation for 5G technology.

Small cells can be mounted to existing utility poles and street lamps or stand-alone.

“We work closely with municipals to collocate wherever possible. Unfortunately, we don’t have access to all poles in the right of way, so in some instances, we do have to place our own poles to meet customer needs,” a Verizon spokesperson said in an email. “While small cells are the foundation of 5G, they are also a critical piece of our 4G network.”

Nickels said his biggest concern is that no residents at the condos received any notice and had no say before the pole was installed at the entrance to their condo complex.

“We actually came around, put a car in front, thinking we were going to block it,” said Nickels. “We don’t want this tower physically here.”

The I-Team was in Treasure Island when homeowners were finally able to speak up at a city commission meeting after the tower was already installed.

Residents blasted the lack of communication as “unbelievable,” saying “we got no choice” and called the moved “not fair.”

But back in 2018, the FCC put rules in place to limit the ability of city leaders to regulate the poles, saying “short-sighted municipal roadblocks” could prohibit the deployment of 5G.

Nickels said he understands progress is going to happen, but worries about what it could mean for his community.

“We’re not standing in your way of moving forward technologically, but this location's unacceptable,” said Nickels.

The future of 5G

Tom Wheeler, former chairman of the FCC under President Barack Obama, told the I-Team, “5G is going to be the most important network of the 21st century.”

For a quick history, 1G provided the original mobile cellular connection — the ability to make a phone call from anywhere. Then 2G gave the ability to sent texts and picture messages, 3G provided internet on cell phones and 4G allowed the options available today — apps and videos.

“How did we ever imagine that we would be streaming Netflix on our smartphones? The capacity became available and people came in to fill it with new innovative ideas. And that’s what we’re going to be seeing with 5G,” said Wheeler. “The potential of 5G will be determined by the application developers and those who actually put it to use.”

Right now, 5G is being tested in cities across the country. For Verizon, that list includes New York, Los Angeles, Houston, and as of January, Lake Nona — a 17 square-mile central Florida community.

The community has a self-driving shuttle, called Beep, which connects Lake Nona neighborhoods to the town center. It doesn’t run on 5G connections yet, but there’s hope it could in the future.

Juan Santos works for the company that developed Lake Nona, Tavistock Development Company, and said the community calls itself a “living lab.”

“Actually, a lot of our residents actually call themselves ‘citizen scientists’, which is super interesting because they want to participate, they want to give us their feedback,” said Santos.

When asked what 5G will enable, Santos said, “We don’t know. Now, we have good building blocks.”

Santos showed the I-Team the speed of 5G service on his phone.

“I mean in a fact connection it takes 30-35 seconds,” Santos said of downloading a TV show. With 5G, he said, “You’re getting it in a second or less.”

5G will have 'same impact as electricity, silicon and steam had in previous industry revolutions'

But there's a catch. Right now, unless a device is within the line-of-sight of a 5G small cell tower, it will not connect to 5G. Because of that, Santos said a lot more small cells would be needed to get everyone on the growing 5G network.

“We have specific coverage in a few zones as tests, but the idea is, over the next few months, to build a very robust network of coverage,” said Santos.

But that 5G coverage comes with health concerns for some.

A Verizon spokesperson told the I-Team, “Verizon takes very seriously the health and safety of our employees and customers, and of all residents in the communities we serve. All Verizon facilities, including the small cells that Verizon is deploying to provide 5G service, are required to comply with the FCC safety standards.”

In an email to the city of Treasure Island, the company said their equipment, “poses no known health risks.”

Meanwhile, the World Health Organization (WHO) recently announced it is conducting a health risk assessment from exposure to 5G, to be published in 2022.

Wheeler, the former FCC chairman, told the I-Team as much as 5G will be revolutionary, his concerns center around cybersecurity.

“5G is basically a software-driven network. We all know that software is hackable,” said Wheeler.

Wheeler told the I-Team it’s going to be crucial to take cybersecurity considerations into account from the get-go.

“We need to have a level of vigilance insofar as the cybersecurity of our 5G networks right from the outset,” said Wheeler.

“Fast internet is one thing that’s very important for a law enforcement agency, but it’s also important to understand that we need secure internet services and that it actually works,” said Sibley.

That means making sure deputies have service wherever they respond.

“What we want to make sure with 5G technology is that we can go anywhere in the county and still have full, reliable service no matter where,” said Sibley.

Sibley said for Pinellas County, 5G service could still be years away.

A Verizon spokesperson told the I-Team the company’s 5G Ultrawide network is currently only available in Miami and Panama City in Florida. For security reasons, the company said it does not share the locations of its network infrastructure.