Big changes are coming to the Big Bend area in South Hillsborough County sooner than expected. ABC Action News has learned that the project that was expected to be done in two phases will now be done simultaneously in one project.

ABC Action News has learned that the project that was expected to be done in two phases will now be done simultaneously in one project.

As part of our commitment to Driving Tampa Bay Forward, we have been following this area for at least year, showing the dangers and problems with this stretch of road that is a main artery to Interstate 75.

The project was initially to be done in a ten-year projection timeline, but now it has been refined into a six-year project with the start date moving up several years ahead of time. Click here to view the projections and timeline.

Some of the main changes to come will be widening Big Bend Road from a four-lane divided road to six lanes. This will include enhanced pedestrian, bicycle and bus facilities.

One of the biggest changes will be improvements to the I-75 interchange.

Commissioner Stacy White's office said in a release this is what to expect:

Here you can see the new renderings to fix that: 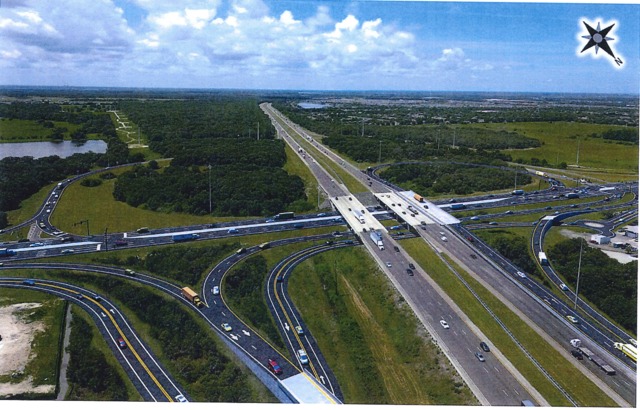 The peak time for congestion around Big Bend has been calculated to the timeframe of 7:40 a.m., according to the county.

The county said the major news for this project is that it is completely funded now with help from FDOT.

Hillsborough County and FDOT are partnering together to complete both projects together. They are to be completed now in 2024.

Commissioner for District 1 in Hillsborough County Sandra Murman released the following statement, it reads in part:

“While it has been very frustrating for our South County residents, I’m pleased we have finally been able to tell them there’s a plan that is 100% funded to widen Big Bend and improve the I-75 interchange, at Big Bend, within the next five years. Relief is coming to better accommodate growth and overall mobility of traffic flowing on Big Bend, to provide the ultimate goal of congestion relief.”

Murman said the construction will start in 2020, several years ahead of the initial projection.

As for why it can't start sooner, we're told that the land acquisition phase to fix Big Bend Road will take time.