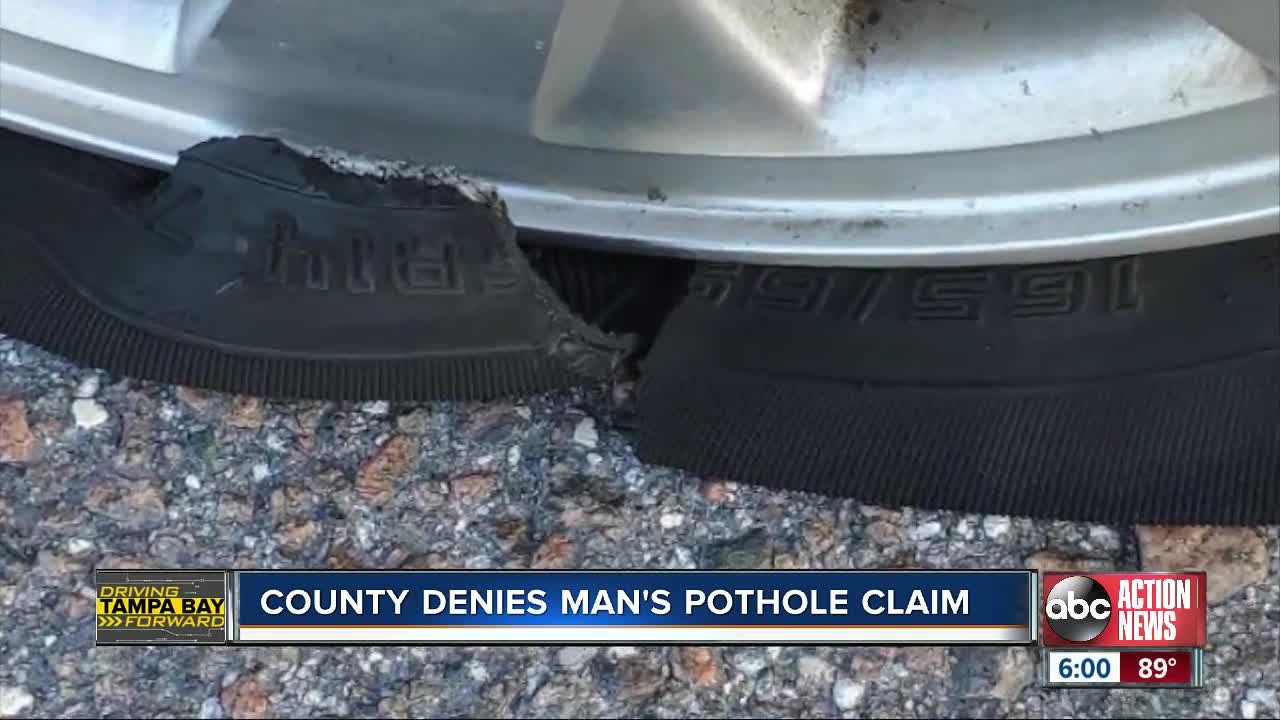 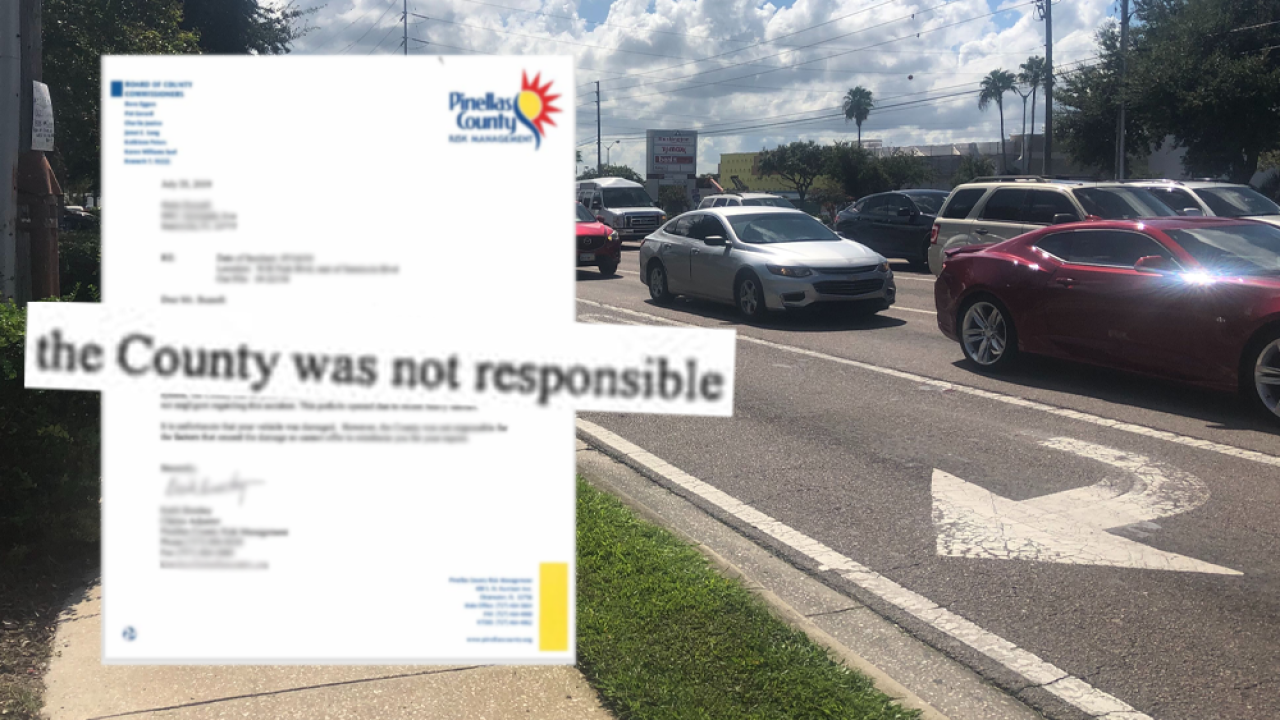 In a letter to Gabe Bussell, the county said, “the county acted reasonably and was not negligent regarding this accident."

It went on to say, "this pothole opened due to recent heavy rainfall."

ABC Action News first spoke with Bussell in July after a pothole damaged his car, and another vehicle in front of him. In total, he said there were half a dozen potholes in the same area.

The county told us then that they pay out claims — and that the driver needs to be able to prove that the damage on their car was caused by the pothole in the roadway.

“They said it wasn’t negligence on their part,” said Bussell, “I’m not sure what their rationale is behind that but they blamed it on rain fall.”

ABC Action News reached out to the county, and they said that the county wasn’t aware of the pothole.

They say, in order to reimburse a claim, they must know the pothole was there, and if there was negligence on their part, they will pay.

“I feel like its a cop out from the county, to cheat people out of it,” said Bussell.

RELATED: Who should pay for damages caused by potholes?

Bussell said his claim was under $100 because he was only asking the county to reimburse him for the tire, which was purchased at Walmart.

He added that he didn’t get an alignment, like needed, to keep down the cost after the tire popped.

The county suggests to drivers to report any pothole to them, so they’re aware.

Bussell said he’s frustrated because he did everything they asked.

The county says you can also reach them on their See Click Fix app.