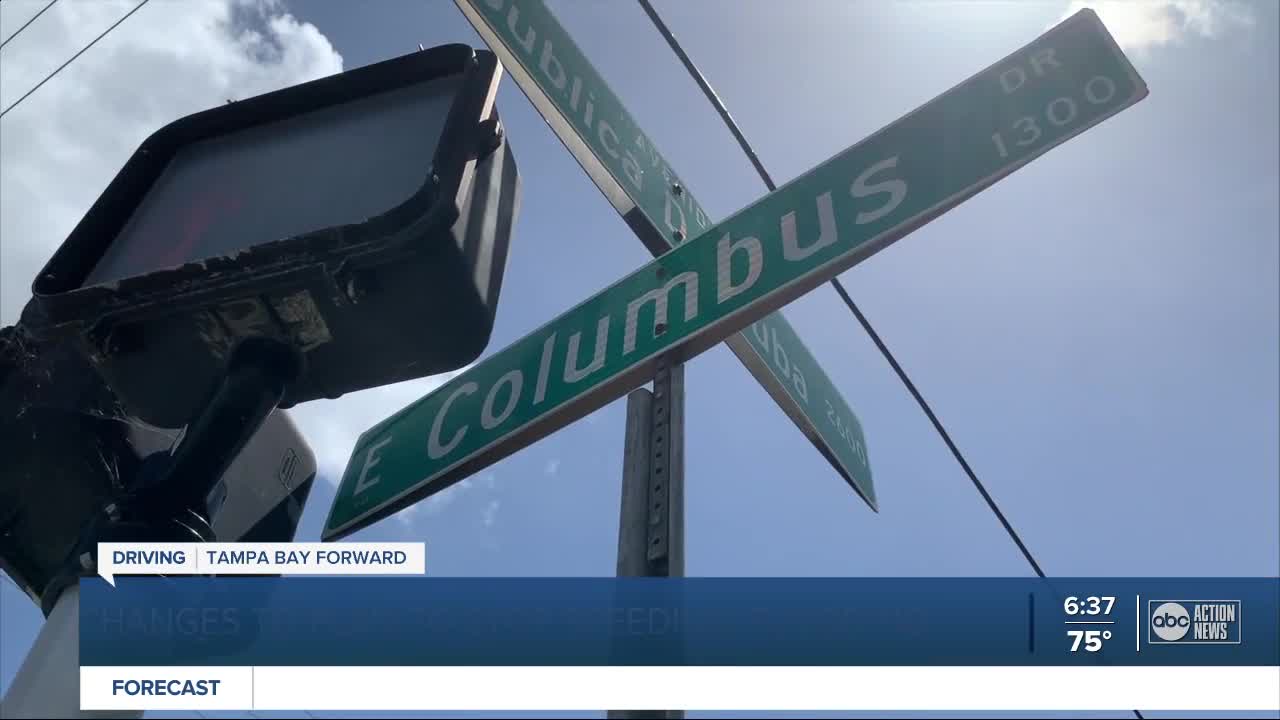 Changes are coming to a stretch of Columbus Drive that will make the corridor safer while boosting economic development. Story: https://wfts.tv/3jXySPu 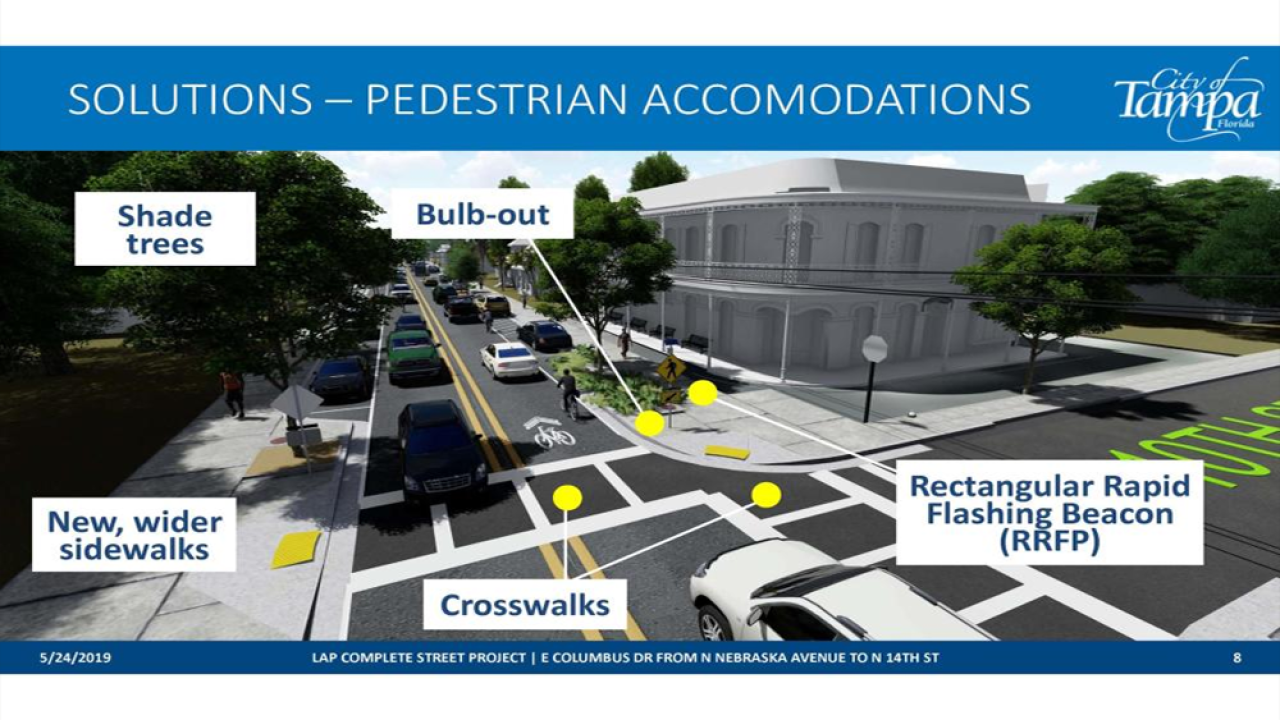 TAMPA, Fla. — Changes are coming to a stretch of E. Columbus Drive between Nebraska and 14th Street that city leaders say will make the corridor safer while boosting economic development.

This 0.4-mile segment of E. Columbus Drive from N. Nebraska Avenue to N. 14th Street is an arterial roadway with one travel lane in each direction and has an average daily traffic volume of 10,210 vehicles. The posted speed is 30 miles per hour.

The City of Tampa Mobility Department presented its original concept at a public meeting in April 2019, which had the construction of 5-foot bike lanes on both sides of the road and removal of parking from the north side.

However, transportation leaders have made several changes to the first plan, including:

The City of Tampa has also opted to remove the bike lanes from the initial project design. While that isn't something most traffic safety advocates want to see in the fight for safer streets, city leaders are sticking by the changes.

"We're actually making the budget a lot more, said Calvin Hardie with the City of Tampa Mobility Department. "We truly believe that this is a safer section. We think that it will lead to economic development within that neighborhood."

The city said the new design prioritizes pedestrian safety, enhances public bus stops along the corridor and provides cyclists with options while maintaining the capacity for cars and on-street parking, allowing for more economic growth.

In addition, there will be street trees installed along this corridor. They will be placed in specific tree wells that are designed to capture excess stormwater, remove pollutants and create irrigation.

"It actually waters a tree, and then drips down, and then eventually exfiltrates through the soil instead of popping off, going into an inlet and then ending up in the Hillsborough River," Hardie said.

This comes as neighbors have been fighting for safety changes for years with the City of Tampa and Hillsborough County.

Just outside the boundaries of this project, a mail carrier was hit and killed near Columbus and 19th Street. Some even made their own signs to post along the roadway, warning drivers to slow down.