Some are making their own signs to slow down 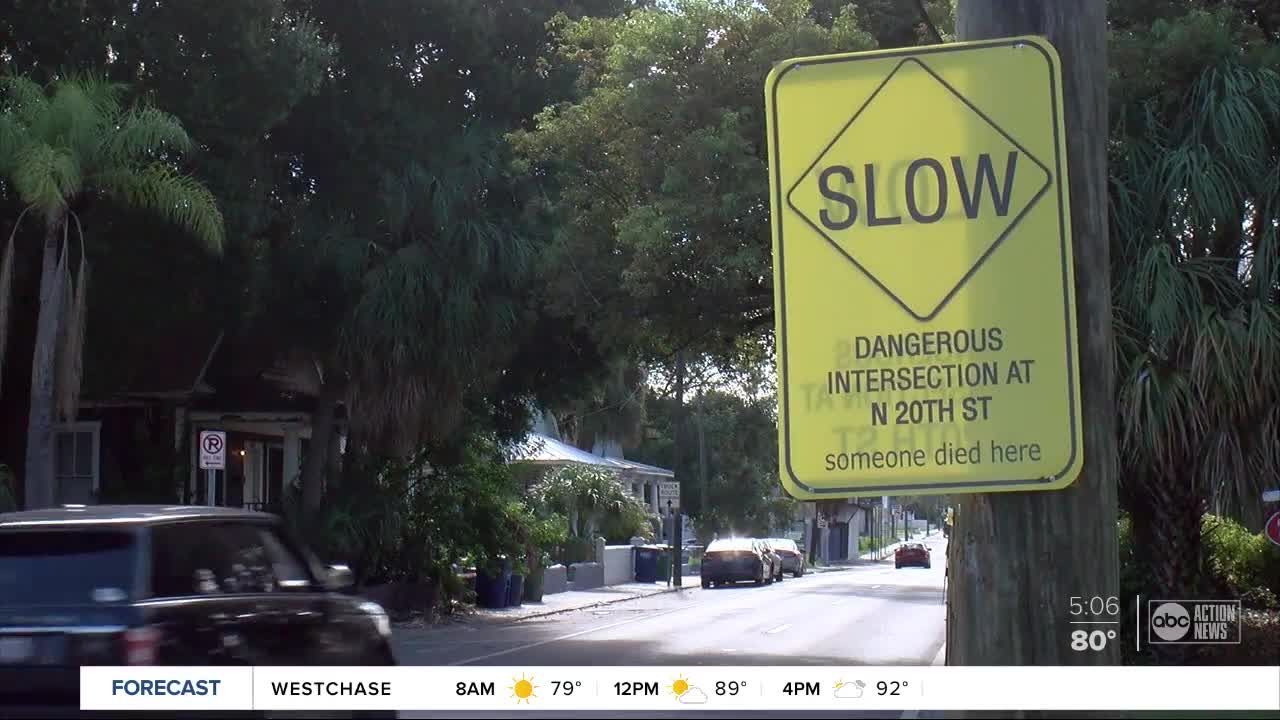 Families living along Columbus Drive in Tampa are pushing for safety changes following a deadly crash a few weeks ago where it intersects with 20th Street. Story: https://bit.ly/2Nk4WPj 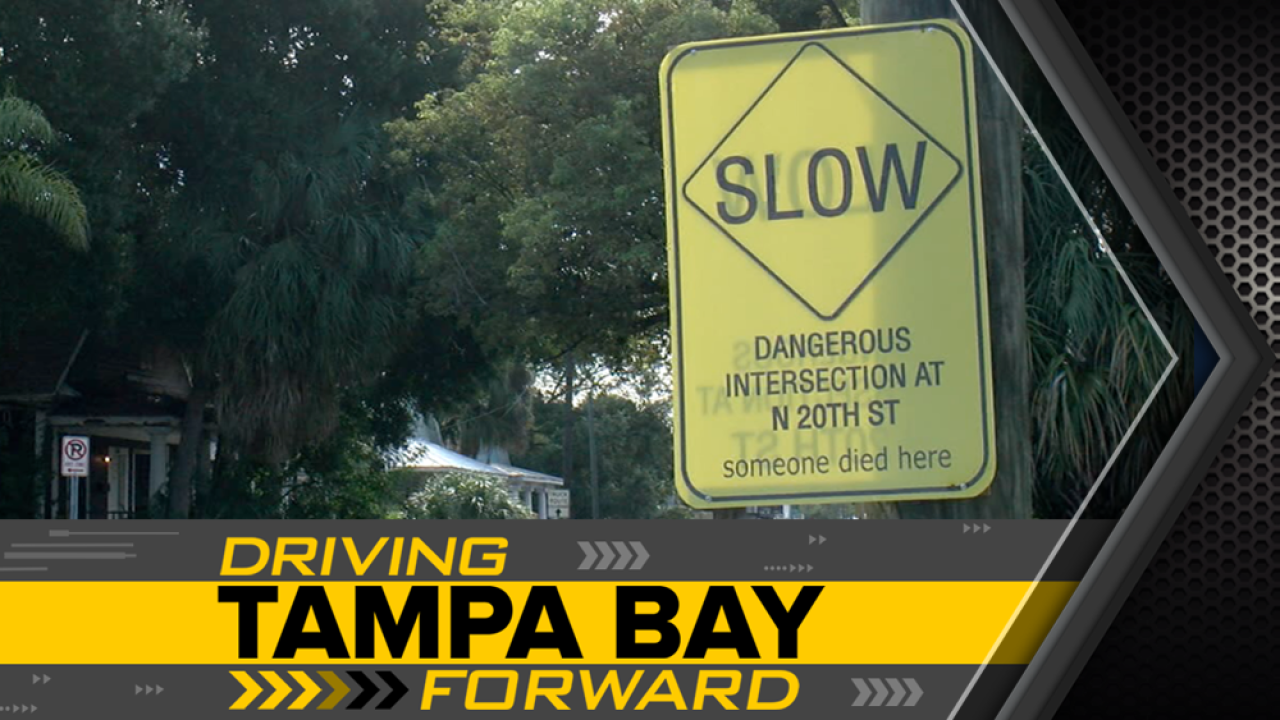 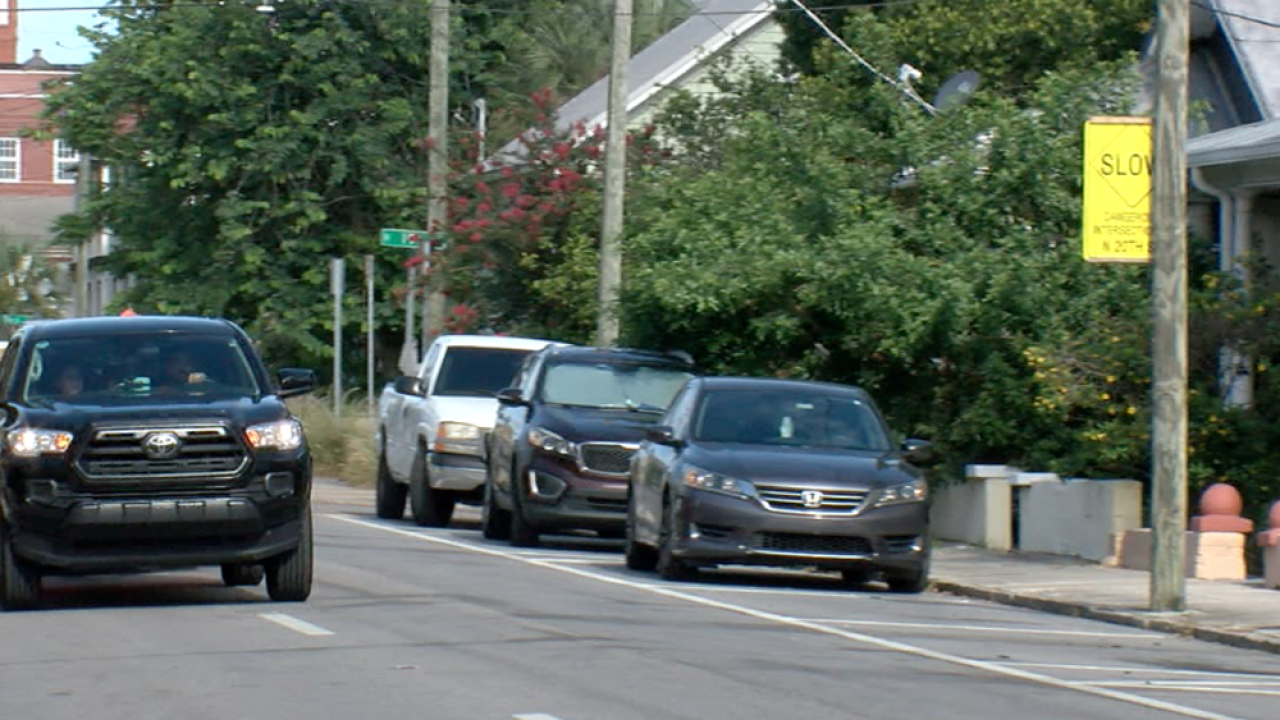 TAMPA, Fla. — Families living along Columbus Drive in Tampa are pushing for safety changes following a deadly crash a few weeks ago where it intersects with 20th Street.

Kevin Skelly, who lives across the street from where the crash happened, has made his own signs asking drivers to slow down and attached them to power poles. He says speed is a constant issue along the narrow one-way section of Columbus Drive.

"We're just counting the number of cars that fly up and down the street with no regard to the speed limit the surroundings," he said. "So it's pretty frustrating."

His wife, Deborah Skelly, works from home and hears and sees many of the safety issues and crashes firsthand.

"It's pretty scary and there's been many times we're just out here watering our plants, where we have seen cars jumping the curbs," she said.

They are now asking the City of Tampa and Hillsborough County for new measures to improve safety on this stretch of road.

Hillsborough County and the City of Tampa transportation officials have been well aware of public concerns over the past few years about speeding and safety issues along Columbus Drive.

The Hillsborough County Metropolitan Planning Organization has studied the idea of turning Columbus Drive where it intersects at 17th, 18th and19th Avenues into a two-way road. They looked at not only creating a two-way road but creating a neighborhood street with slower traffic and safer walking and cycling options.

They heard about many of the issues straight from people living in that community through public forums in their Columbus Drive Redesign Corridor Study. In those public meetings back in 2014, the community raised issues with the road as it is now, saying specifically that Columbus and 21st Street was considered an "accident-prone intersection," according to the study.

When ABC Action News checked in with the City of Tampa and Hillsborough County about the status of this redesign plan, we were told the county has not progressed beyond the study portion of this project and it is currently not in their Capital Improvement Plan.

However, the City of Tampa tells ABC Action News that transportation leaders have received the Notice to Proceed to advertise from FDOT on June 16 for the Columbus Drive Complete Streets Project (Nebraska Ave to 14th St).

Milton Martinez, P.E. Chief Transportation Engineer with the City of Tampa, anticipates construction to begin this November after completion of the bidding process and after the city assigns the construction contract.

In 2019, the City of Tampa had also requested that TECO design and implement upgrades to the street lighting system within the Columbus Drive corridor from 14th St to 50th St, especially along non-signalized intersections. Martinez is still following up on the status of that project, he said.

As part of the future Green ARTery Perimeter Trail Project, the City also plans to install a new crosswalk at 26th St with a pedestrian-activated rapid flashing beacon. However, this project is currently unfunded because of ongoing issues with the All For Transportation Tax money voters approved in 2018, according to Martinez.

Hillsborough County plans also to resurface Columbus Drive from about Lincoln Avenue to Nebraska Avenue and that project is currently in preliminary design, according to Martinez.

The City has been coordinating with the County regarding additional safety and complete streets improvements that the City of Tampa would like for Hillsborough County to include in their design plans, Martinez said.

In the meantime, Kevin and Deborah Skelly said the signs have made an impact.

"We've noticed that vehicles have slowed down a little bit," Kevin Skelly said. "So it's nice to see that has made some difference."