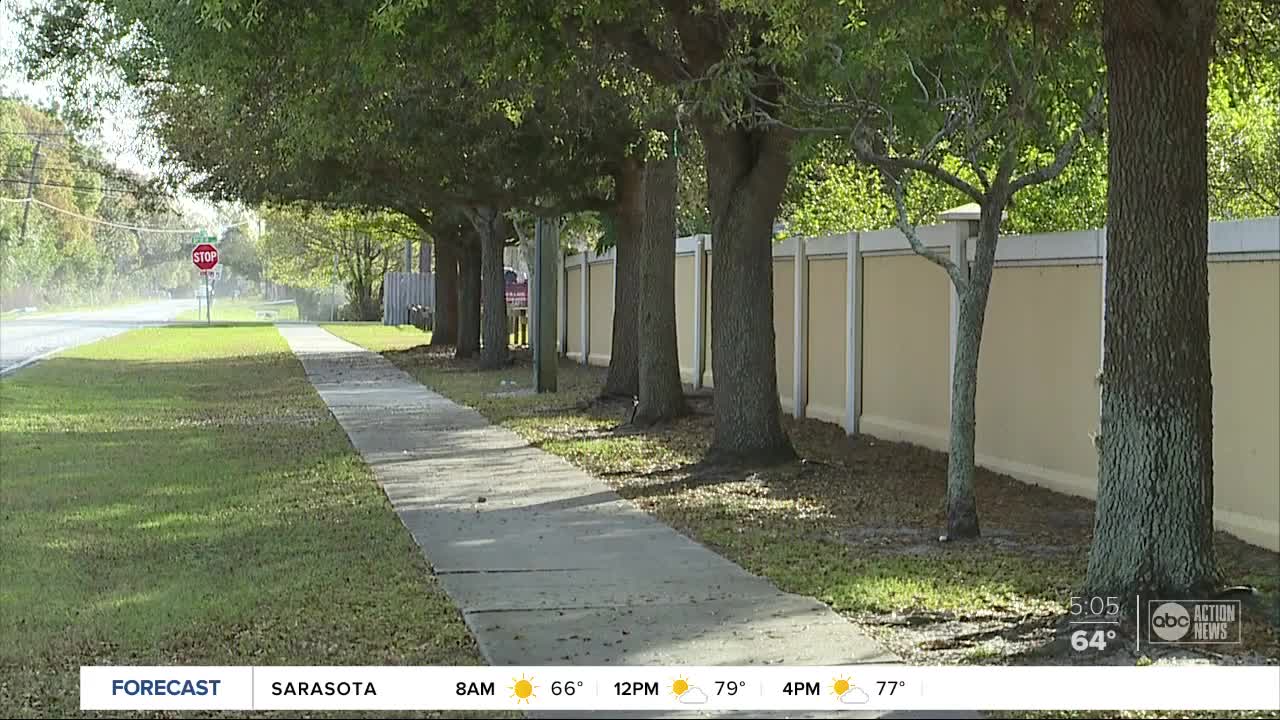 "Basically, the roots of the oak trees are pulling up the sidewalks," said Ruskin resident Noelle Licor.

The county has added all requests to its long list, limited in what it can do.

"It's very frustrating, especially because we need sidewalks all over the county down here, especially for the kids walking to school," said Licor.

Based on the current number of requests and funding, the county won't be able to fix them for two to three years.

“You think about a sidewalk being pretty safe but then you come up here and it’s not safe. It’s like this in a lot of different areas, " said LIcor.

Jacqueline Cooper tells ABC Action News she was walking in her Lithia neighborhood when she tripped over a cracked sidewalk.

“I just face planted it into the concrete,” said Lithia resident Jacqueline Cooper.

Cooper says she fell so hard she passed out and saw stars when she came to.

“I could feel myself bleeding but I didn’t know where I was bleeding from so I sat up and was trying to figure out where the blood was coming from,” said Cooper.

RECOMMENDED: Fish Hawk broken sidewalks cause injuries, county says there's a plan to get them fixed

Cooper says some of her injuries included a concussion, three injured teeth, a black eye and a bruised chin.

“I had pushed my teeth through my bottom lip. So I had to have stitches all through the bottom of my lip,” said Cooper.

She says the county needs to fix the sidewalks before more people get hurt.

“I don’t want anybody else to have to go through this.” said Cooper.

The county told us it will fix the sidewalk Cooper says she tripped over during the week of March 9.

ABC Action News asked leaders why developers are planting trees next to sidewalks if the roots are causing cracks, and if the county does inspections.

Officials said developers are required to plant street trees and the county says it does inspections to make sure the correct trees are planted.

To try to prevent future issues, the county has started implementing new sidewalk construction material. That includes strengthening the sidewalk by adding steel to reinforce the concrete or including a layer of stone below the sidewalk that will allow the roots to bypass under and not impact the sidewalk.