Officers will have extra enforcement at night 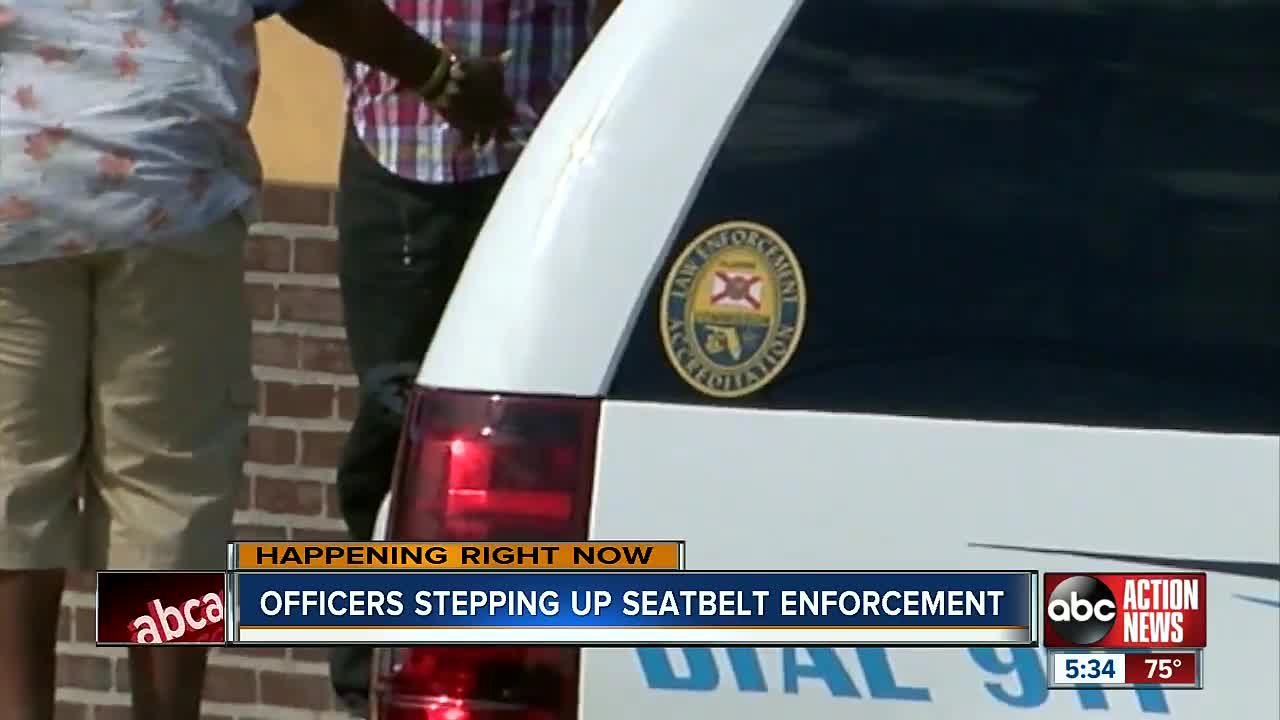 The Sarasota Police Department, along with other departments across Florida, will be increasing patrols as part of the national seat belt campaign "Click It or Ticket." The extra enforcement will take place May 13 through June 2, concurrent with the busy travel season and Memorial Day holiday. 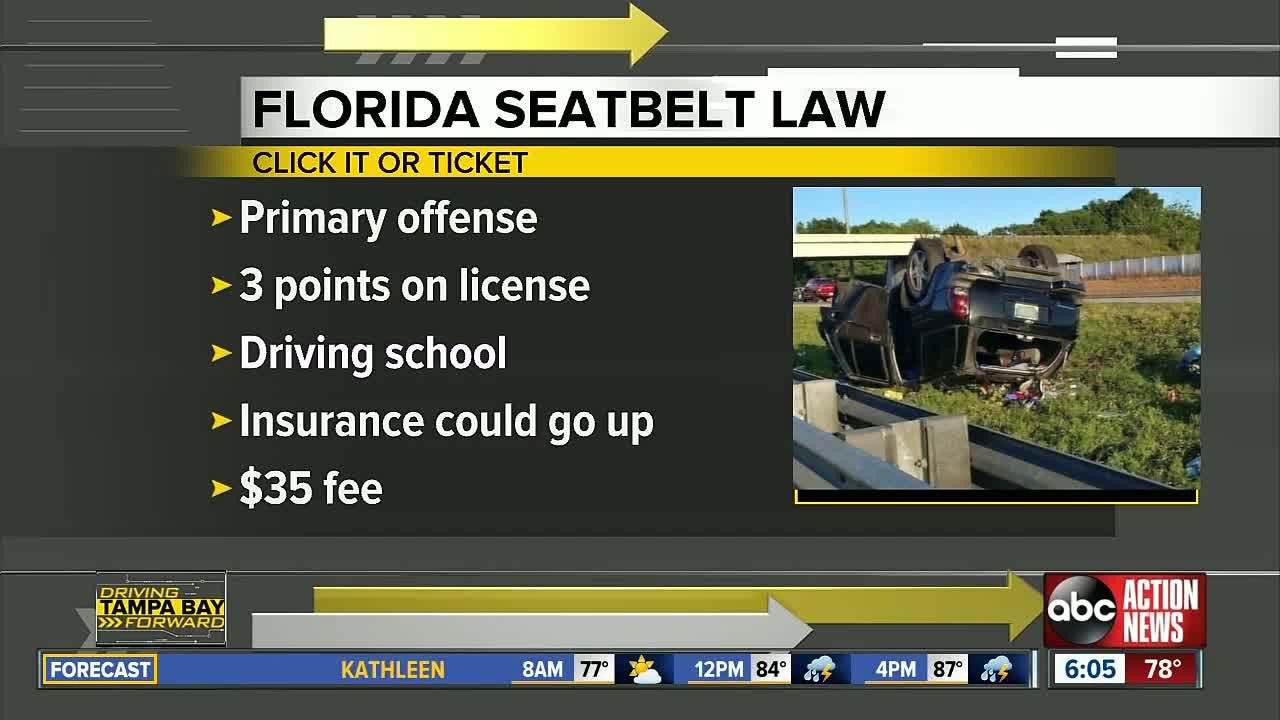 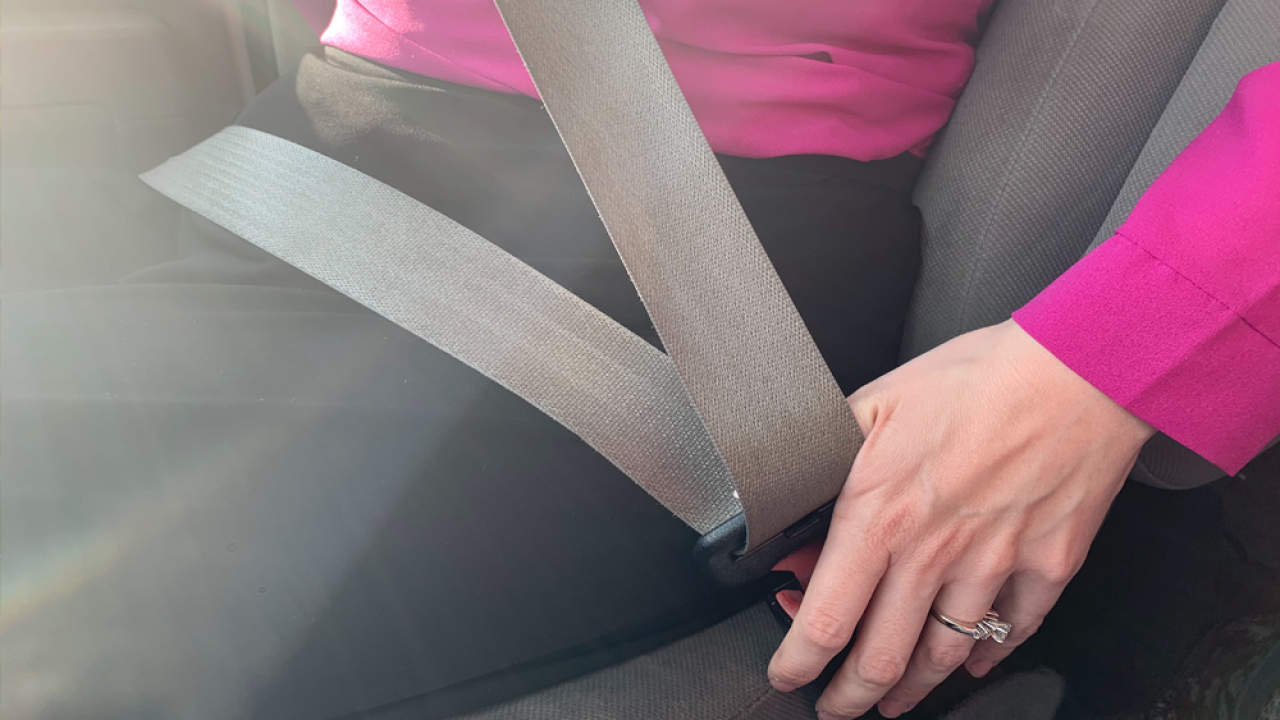 SARASOTA, Fla. — The Sarasota Police Department, along with other departments across Florida, will be increasing patrols as part of the national seat belt campaign "Click It or Ticket." The extra enforcement will take place May 13 through June 2, concurrent with the busy travel season and Memorial Day Holiday.

"Buckling up is a simple task that can keep you and your family safe in the car," said Sergeant Anthony Frangioni, Sarasota Police Department Traffic Unit. "But it's more than that. Buckling up is the law. Our Officers see the consequences of not buckling up. We see the loss of life. Often, it could have been prevented with the simple click of a seat belt. This should be automatic for every driver and passenger in a vehicle."

According to the National Highway Traffic Safety Administration, in 2017, there were 10,076 unbuckled passenger vehicle occupants killed in crashes in the United States. In that same year, 55% of passenger vehicle occupants killed at night, between 6 p.m. and 5:59 a.m., were not wearing their seat belts. That's why one focus of the Click It or Ticket campaign is nighttime enforcement. Participating law enforcement agencies will be taking a no-excuses approach to seat belt law enforcement, writing citations day and night.

Not wearing a seat belt is a primary offense in Florida, so law enforcement officers can pull you over if they see you not wearing one.

Everyone in the car must wear a seat belt, not just the driver, according to Florida laws.

Drivers who violate the seat belt law in Florida can get three points on their license, face traffic school and increased car insurance prices.

Since 2013, the percentage of fatalities in which the person was not wearing a seat belt has gone down six percent, but there is still a long way to go, according to Click It Or Ticket Florida.

The Importance of Wearing Your Seat Belt
Seat belts save lives, but only if worn correctly every time you are in a motor vehicle. In a crash, your seat belt keeps you:

For more information on the Florida law that requires the use of safety belts, click here.