Deputies will do traffic stops, hand out pamphelts

The Hillsborough County Sheriff’s Office is launching a campaign to stop speeding and lower the number of crashes and deaths in three deadly crash corridors of Tampa.

HILLSBOROUGH COUNTY, Fla. — The Hillsborough County Sheriff’s Office is launching a campaign to stop speeding and lower the number of crashes and deaths in three deadly crash corridors of Tampa.

Deputies will be working enforcement operations at three main corridors within Hillsborough County. They include: 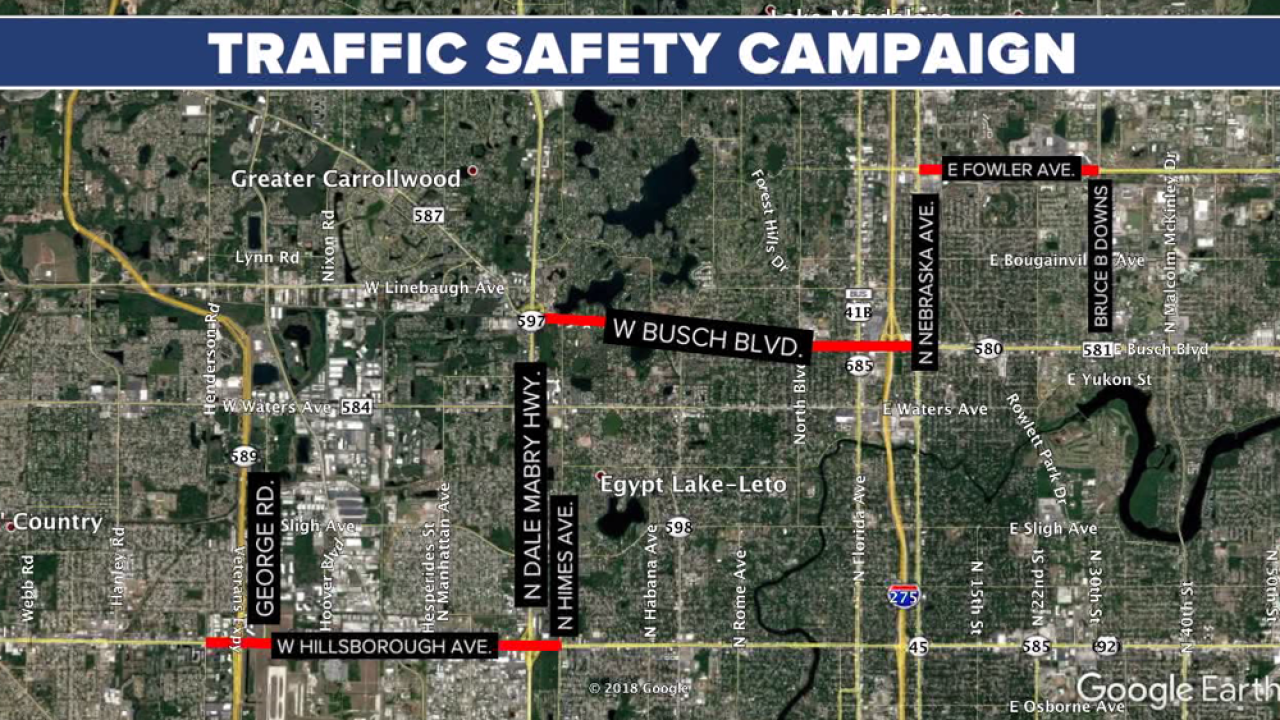 The corridors were selected due to the number of traffic crashes involving pedestrians and bicyclists resulting in fatalities and serious injuries in the area.

HCSO will be out Wednesday, May 8 from 5:30 a.m. to 8:30 a.m. in those three areas. The entire campaign will be conducted over a 17-week period at various times of the day.

HCSO will work in conjunction with the University of South Florida Center for Urban Transportation Research on this Motorist Speed Reduction and Education Grant that is funded by Florida Department of Transportation District Seven.