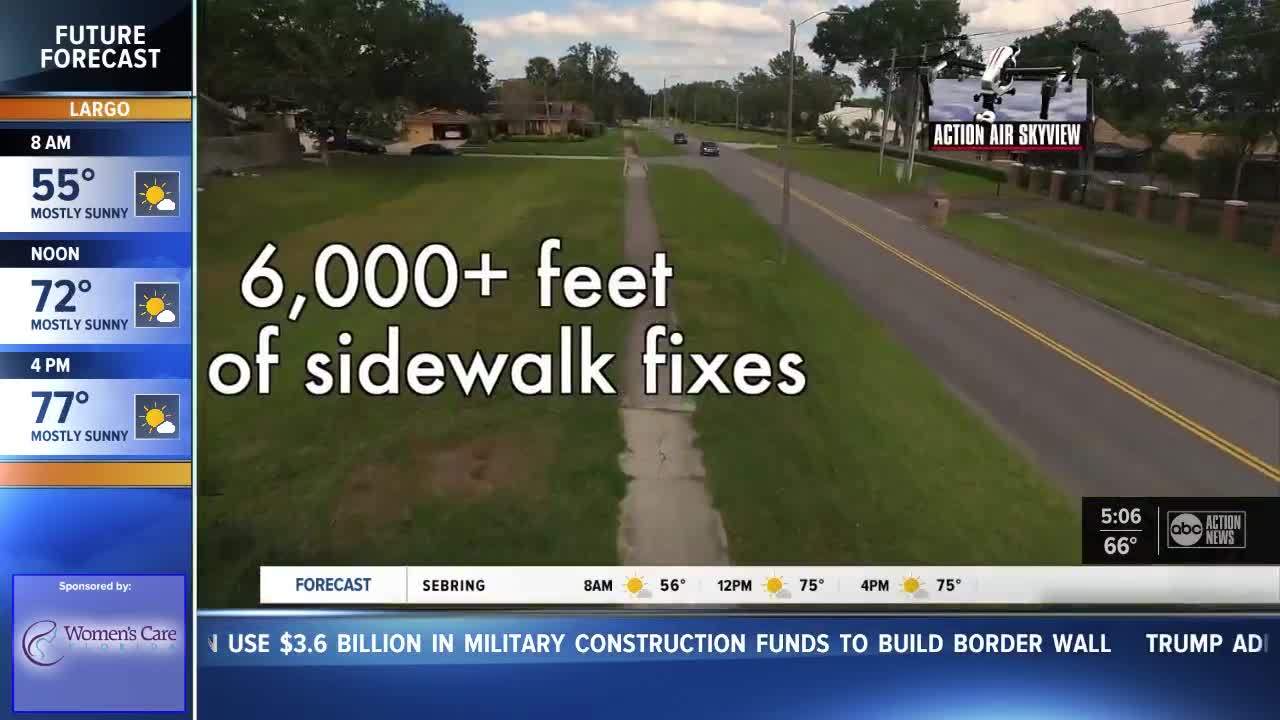 Clearwater just sealed a deal to fix a large area of the pathways people rely on to safely walk and run. 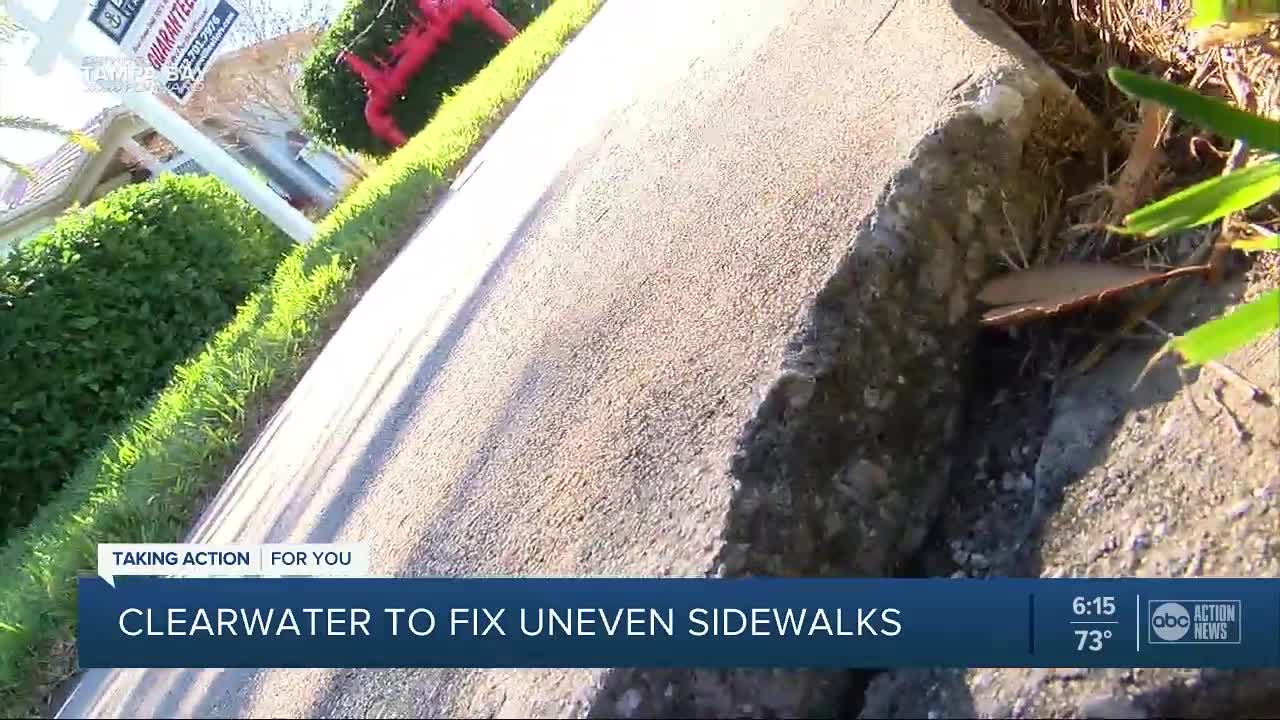 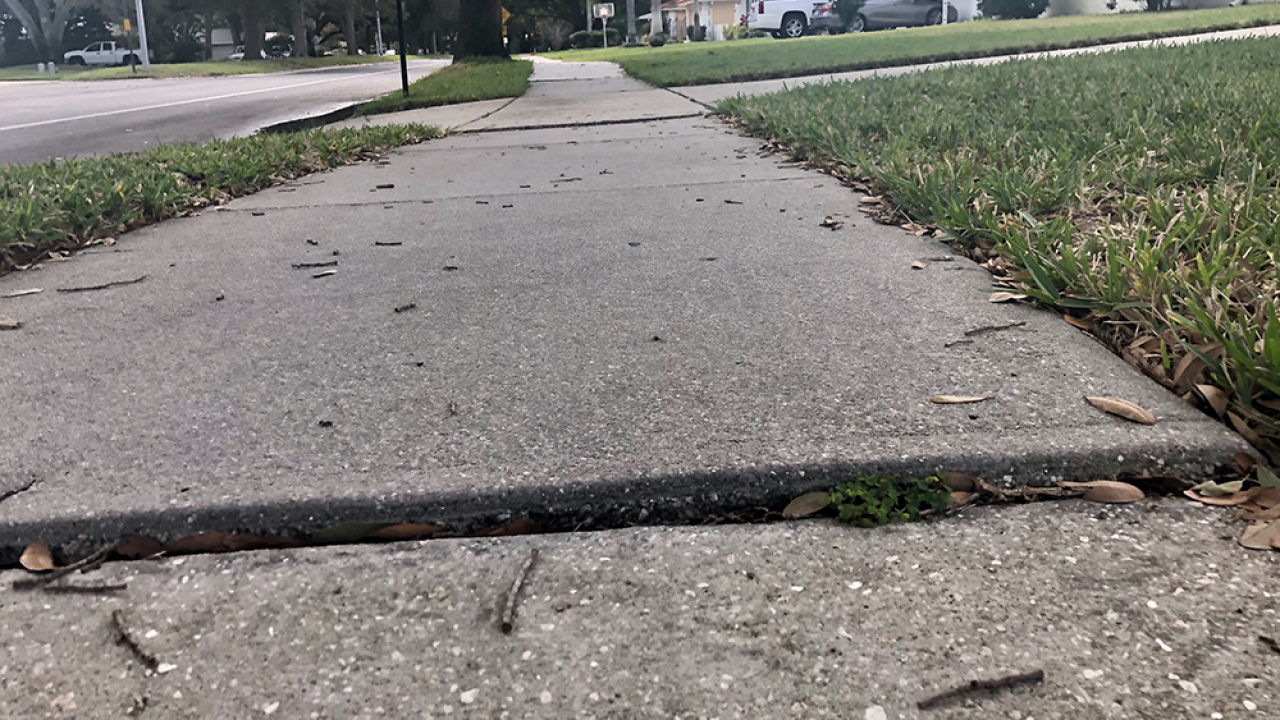 Now, Clearwater just sealed a deal to fix a large area of the pathways people rely on to safely walk and run.

“I literally fell down and broke my glasses,” Gabriele Maniates remembered. Her memory is vivid of the day she tripped on an uneven sidewalk and tumbled.

While it happened nearly 10 years ago, it has changed the way she gets around.

"I'm a lot more careful of where I step now. I remember my sister came running out after I fell because my face was bloodied. It was just terrible,” Maniates said.

Her story is eerily similar to one we covered a year ago after Patricia Whitehead tripped over a raised portion of sidewalk on Edgewater Drive in October 2017. She ended up suing the city to try to get sidewalks, like the one where she fell, fixed.

Her attorney, Margaret Swope of Palm Harbor, said the topple lead to thousands of dollars in medical bills.

“She had a pretty bad injury. She needed to have surgery a couple of times,” Swope elaborated.

That lawsuit is still pending as Clearwater leaders hire a company to make $250,000 worth in repairs to more than 6,000 feet of uneven sidewalks around the city.

As opposed to replacing the entire concrete square, crews from Precision Sidewalk Safety plan to use a new method to cut down the concrete and smooth out any gaps. That method, according to the company's website, will save city leaders money and means they can repair more areas.

According to the Americans With Disabilities Act, all it takes is a quarter inch crack for someone to trip.

“It could be life ending for someone in poor health,” Jamie Yager who lives in the Morningside area added as she took a late-morning stroll Thursday.

Contractors plan to start on the fixes soon focusing first on the Morningside Area around Harn Boulevard and neighborhoods East of Countryside Mall around Landmark Drive.