From a "Sleeping Beauty" who now runs a coffee company to two sisters from "Frozen" who become climate change scientists, one creative illustrator has taken the Disney princesses and re-imagined them as career women.

This project, he said, "was unique and one that I enjoyed because it was a bit of a deviation from the norm. It allowed for a lot of creative freedom and an art style that I typically do not do in my day-to-day work."

Of the 13 princesses, he magically turned into bosses, one stands out.

"I would have to say that Jasmine is my favorite. Her job, in particular, stood out to me as a great fit for her personality. Also, her overall style for the artwork made her my favorite." 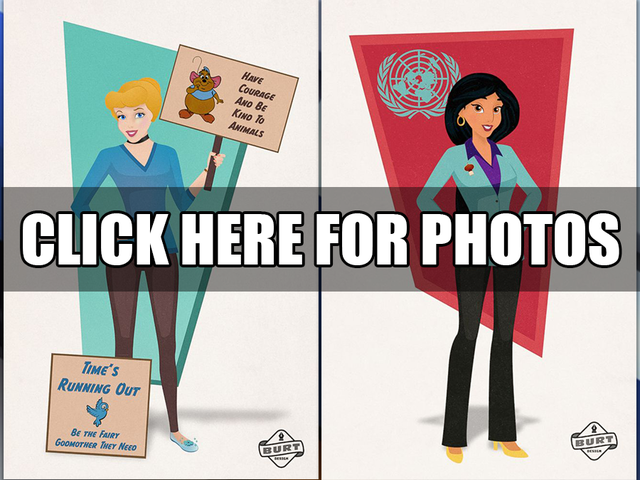 Burt said he understands the cultural significance of the Disney royalty.

"The Disney princesses are more than just characters to many people. They have become cultural icons and influential women that others look up to," Burt told "GMA."

"Since they have such an impactful role in society, I felt that it was important to show them as strong women and women who are successful on their own," he added.

He purposefully chose to show the princesses in traditionally male-dominated fields.

"I've had people from across the world messaging me and telling me how much the artwork means to them," he said. "I hope these will serve as an inspiration for others to pursue their dreams."