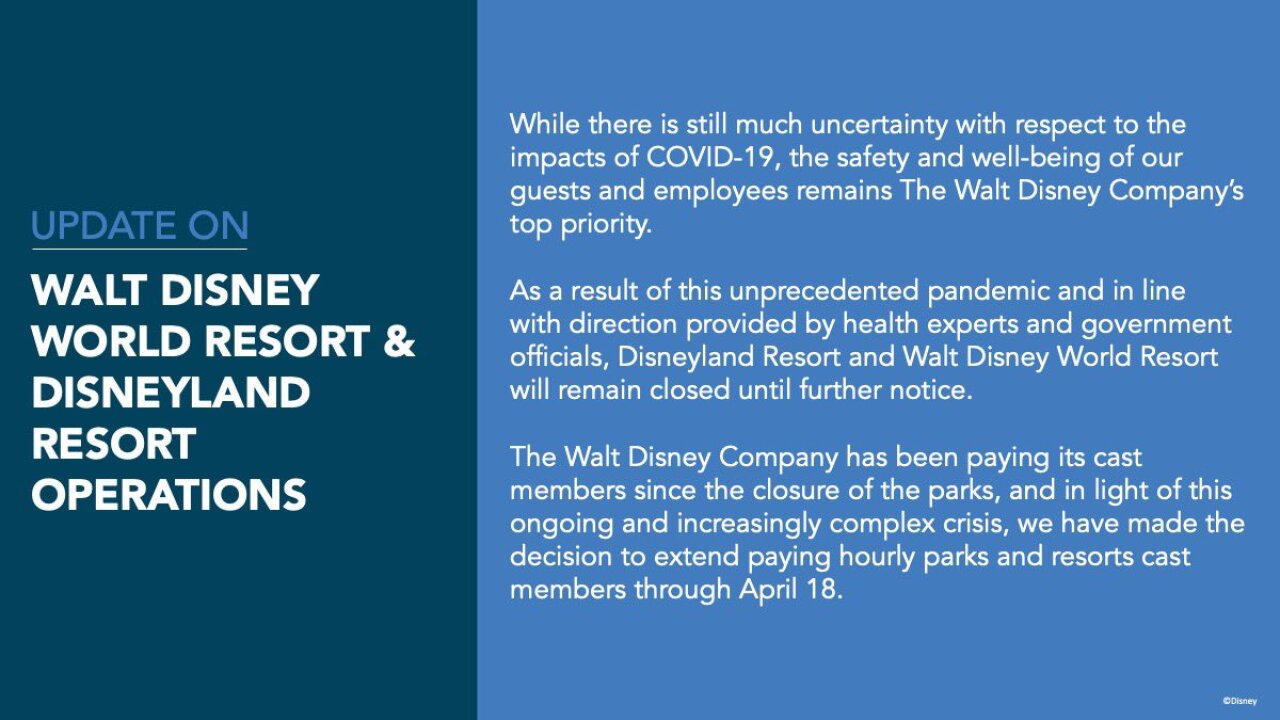 In a statement released on Friday, Walt Disney Company announced that Walt Disney World and Disneyland will be closed until further notice amid the COVID-19 pandemic.

In the statement posted to the official public affairs Twitter feed for Disney Parks, hourly employees will be paid through April 18.

All of Disney's theme parks have been closed since Thursday, March 12.