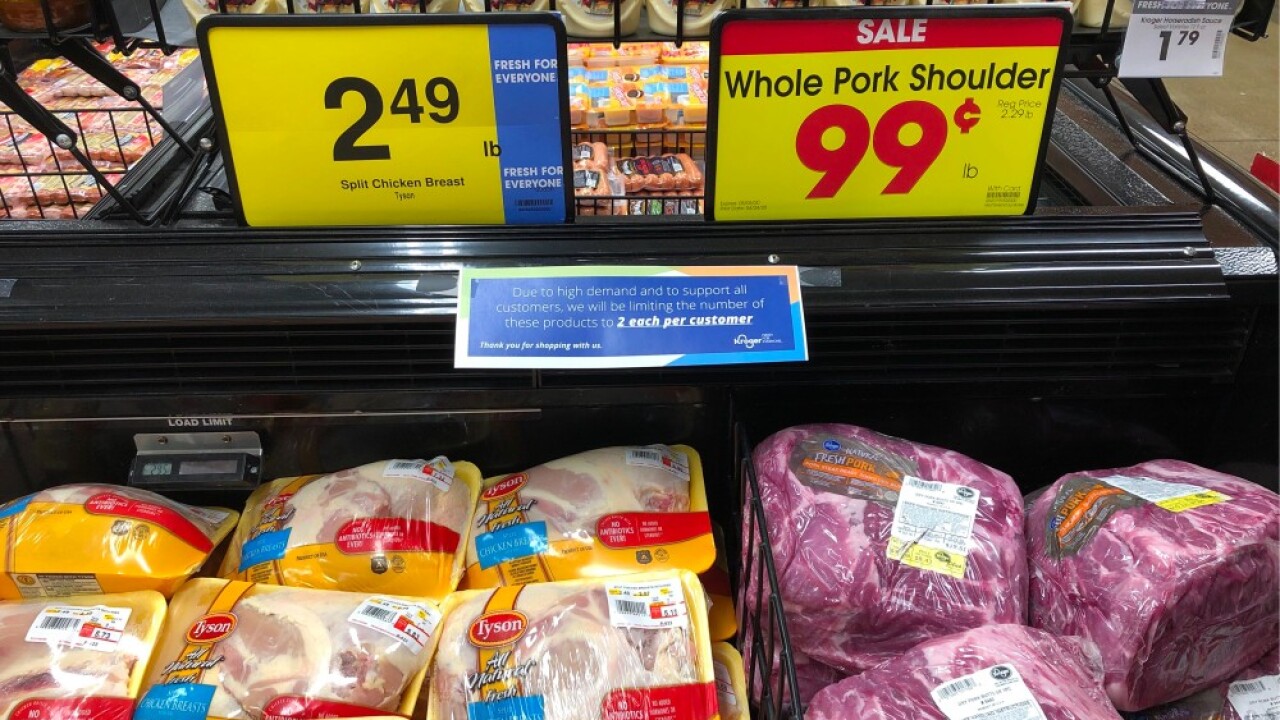 Tyson Meats, the largest US-based distributor of meat in the United States, announced the reopening of two plants amid growing concerns of the national meat supply.

The reopening of two plants comes as a number of major grocery chains have implemented meat-purchasing limits. Kroger and Costco are among the major grocery chains to place meat-buying limits at stores. It also occurs as fast food chain Wendy’s has seen a shortage of beef at one-fifth of its US restaurants.

Tyson is among several major meat producers that have been forced to scale back operations amid localized outbreaks of the coronavirus. The outbreaks have prompted meat suppliers to shut down a number of plants in an effort to conduct testing of employees and cleaning of facilities.

The two plants are located in Pasco, Washington, and Waterloo, Iowa. The Iowa plant has been closed since April 22, while the Washington plant suspended operations on April 23.

The two plants will resume limited production on Thursday as all employees returning to work have been tested for COVID-19, and any team member who has tested positive will remain on sick leave until released by health officials to return to work, Tyson said. Employees who have not been tested will be unable to return to work and all new hires will be tested prior to starting work, the company added.

“The U.S. government took decisive action to recognize the essential work of our industry and company, as well as our farmers and producers, by prioritizing support for meat and poultry processors and producers and clarifying the standards America should follow to return workers safely back to the workplace,” Tyson Meats said on Friday.

advertisement that the “food chain is breaking.”

"As pork, beef and chicken plants are being forced to close, even for short periods of time, millions of pounds of meat will disappear from the supply chain," Chairman John Tyson wrote in a letter published Sunday. "As a result, there will be limited supply of our products available in grocery stores until we are able to reopen our facilities that are currently closed."

Whether the changing supply of meat will cause prices to increase is still unknown.

The USDA publishes monthly data on meat pricing, but figures from April will not be available until next week.

The pricing index found slight increases in meat prices in March 2020 for products such as beef and pork compared to February, but those values were within month-to-month price fluctuations the market encounters.