Media was not allowed at the meeting 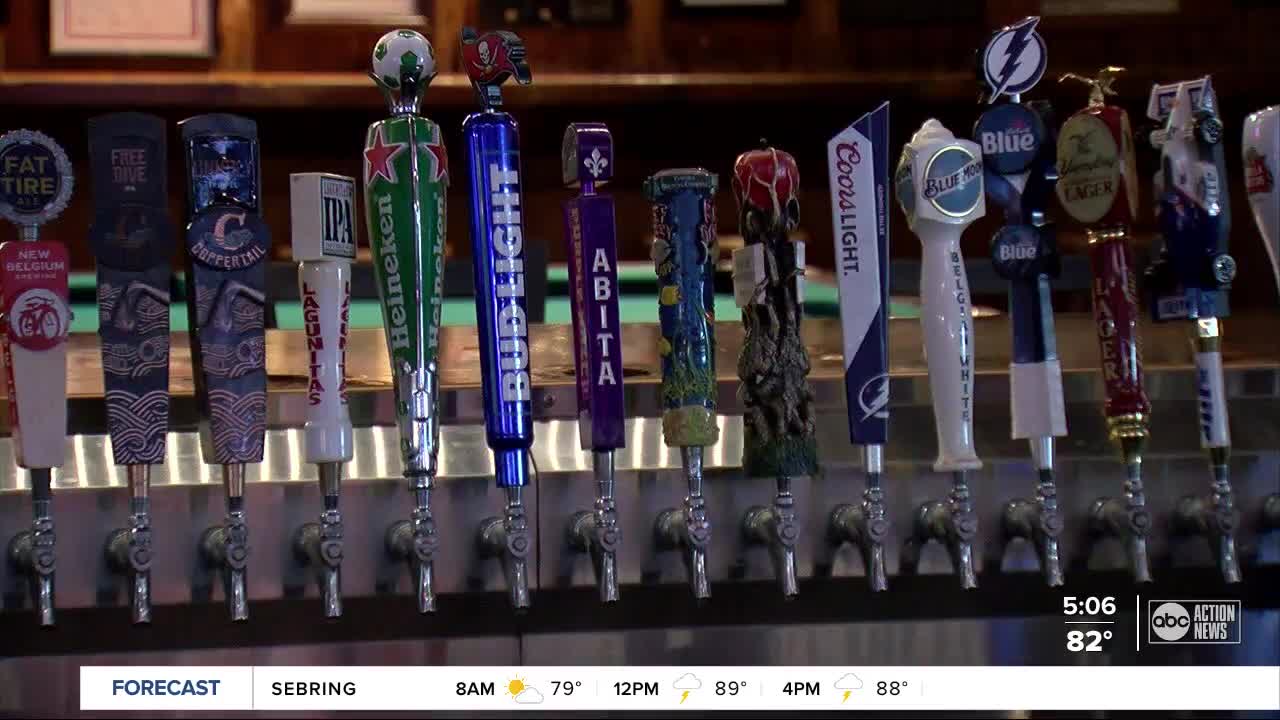 “We’re only as good as the information we have and we have no information," said the owner of St. Pete Brewing Company in St. Pete. Story: https://wfts.tv/2XpEklE 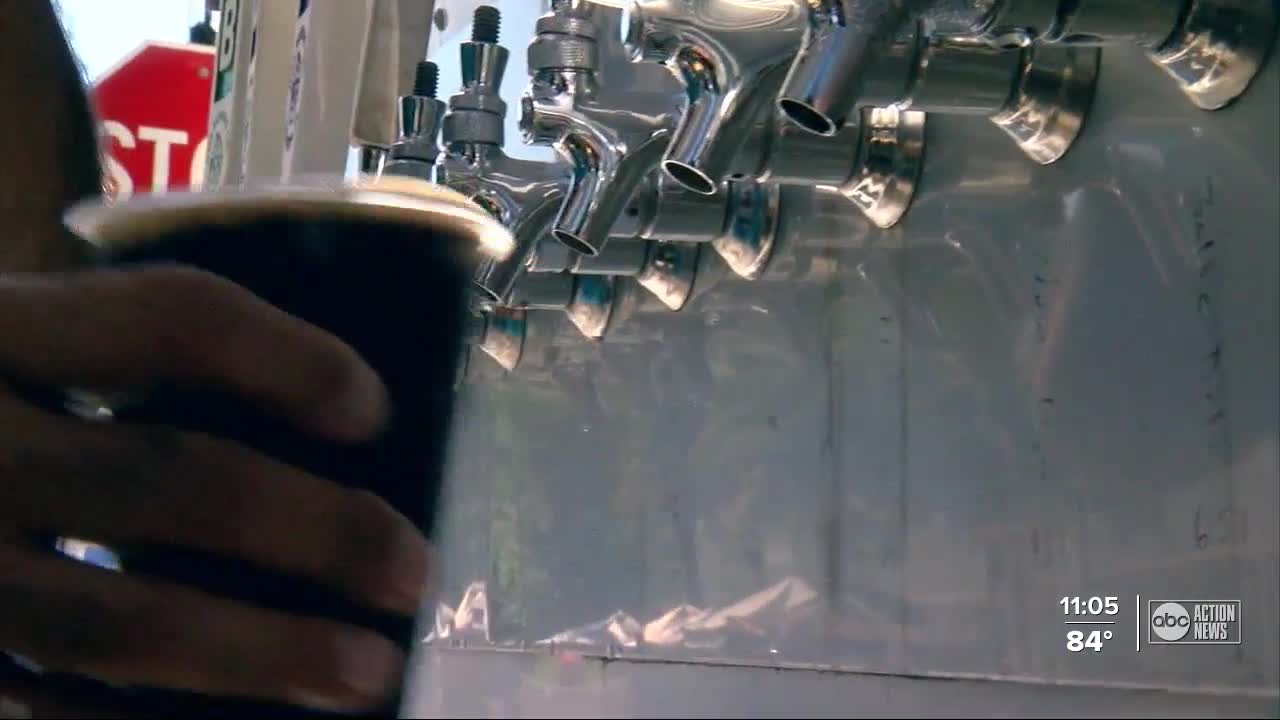 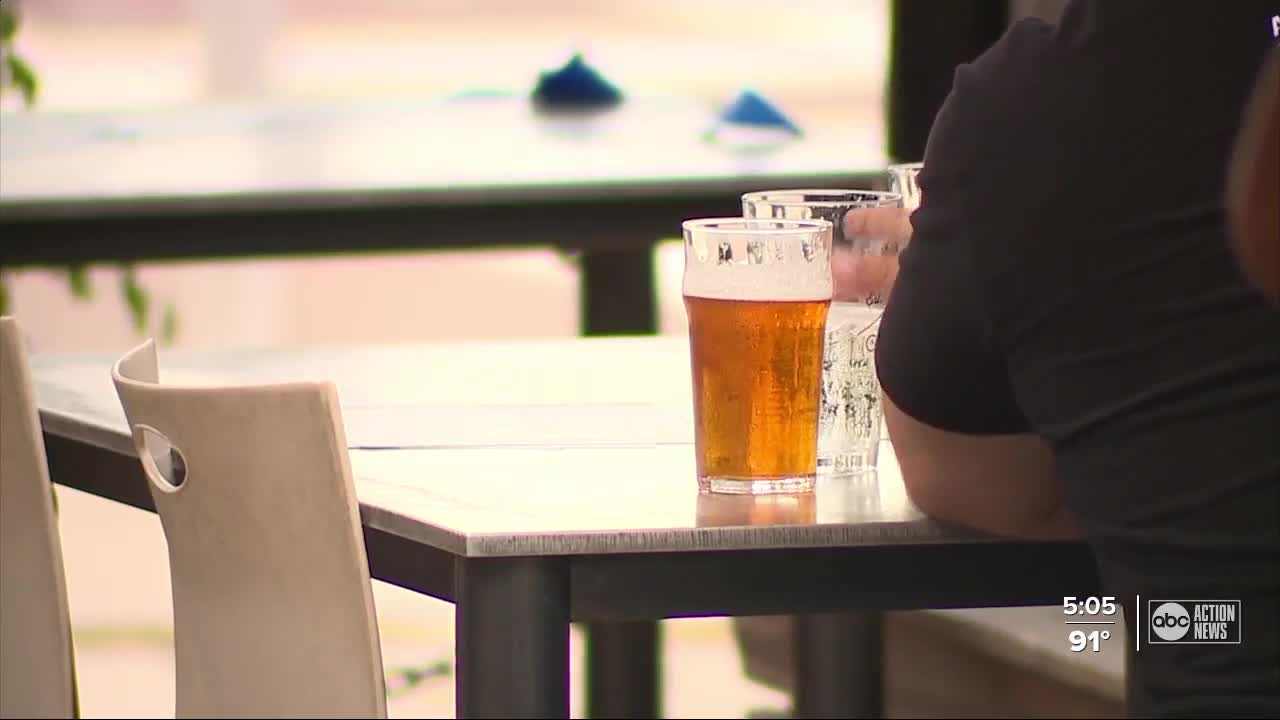 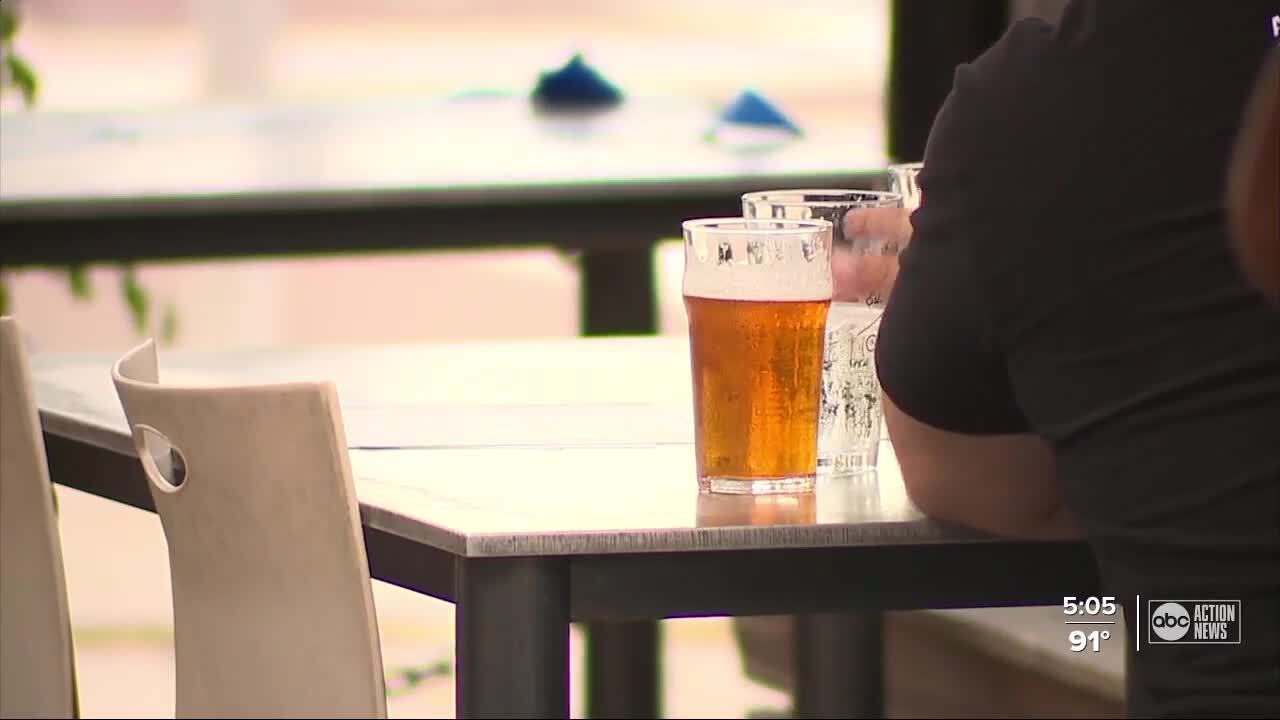 ST. PETERSBURG, Fla. -- A handful of business owners met with state leaders in Pinellas County to discuss the reopening of bars and breweries safely and responsibly.

“It really just seems like we don’t matter,” said John McMahan, the owner of Right Around the Corner Brewery in St. Pete.

Over the last four years, McMahan says he’s worked hard to build up his business and brand. Now, he feels left in the dark by state leaders who haven’t given any reopening timeline.

“There’s been zero communication, there’s been no transparency,” he said. “We want to hear something from the leaders at the top and find out when and if and how we can open again like every other restaurant and every other business in the area.”

That seems to be a common thread.

“We’re only as good as the information we have and we have no information. So it’s very frustrating because we wanna be transparent with our staff but we just don’t have any clear answers,” said Tom Williams, the owner of St. Pete Brewing Company.

Williams was one of a handful of brewery and bar owners invited to sit down with Halsey Beshears, the Secretary of the Department of Business and Professional Regulation Monday afternoon at Green Bench Brewing Company.

“I feel pretty confident that he knows that time is of the essence. That these breweries are almost out of money,” he said.

But others aren’t sure. One brewery owner who attended the meeting says Beshears repeated a lot of what’s already been talked about.

Some suggestions that came out of the meeting: having a statewide curfew, only serving customers who are in a seat, and an employee making sure the brewery or bar doesn’t go overcapacity.

"He wanted to be hyper-focused on ‘get me some things that I can help create a list and a standard operating procedure for you guys to open back up.' Now part of me wants to say, well there already is that, right? Restaurants are open," said Juaire.

"Everyone has to adhere to these guidelines, if not we’re going to have another shutdown and that’s not good for any of these businesses," Rep. Toledo said.

Listening to Secretary @HalseyBeshears and local bar & brewery owners on ideas for how we reopen small businesses safely in Florida. Thank you Secretary for bringing the conversation back to the our districts for these tough and productive conversations. pic.twitter.com/4yQT0fJBlV

Journalists were not invited to sit in on the meetings and were not told where they would be.

“What’s the big process, what is this fact-finding mission and why is it cloak and dagger that we can’t find out where it is? It should be an open forum for people to talk about,” said John Dill, an Orlando Attorney that is representing several bars in a lawsuit that will go before a judge next Tuesday.

The lawsuit is requesting a temporary injunction to open bars and breweries right away, and ultimately rule the order to close them unconstitutional.

“My clients have never said hey let’s get rid of all of the guidelines, in fact, it’s just the opposite. They want to be good citizens, they just want the opportunity to do it,” he said.

Many breweries agree they were diligent in practicing CDC guidelines when they were open.

Dill says there hasn’t been any evidence to show bars and breweries are the culprits for the spike in cases.

“It’s really not fair that a few doors down, there is a restaurant and it’s full of people and there’s really no data or nothing that indicates that the serving of food somehow prevents the spread of COVID-19,” said Dill. “We’ve seen these bars were shut down in June and the cases continue to go up so the Governor can’t sit here and say 'Well, we had to do it and here’s why.'”

Secretary Beshears will head to Fort Meyers Tuesday but locations are not being disclosed to the public.

The Secretary plans on scheduling additional meetings in the state — those are to be determined.

When ABC Action News asked Mr. Beshears’ office why journalists were not allowed to attend the meetings and how bar and brewery owners who did attend were selected- this was their response:

“DBPR Secretary Beshears’ primary focus is working toward safe reopening options for licensed businesses like bars and breweries that continue to face challenges in this pandemic. These meetings have been arranged to open a dialogue directly with owners of these impacted businesses regarding reasonable and responsible steps that can be reliably sustained upon reopening. Over the course of eight meetings since Friday, and with additional meetings on deck for tomorrow, Secretary Beshears has made listening to the ideas and recommendations of these business owners his top priority as this recovery continues.”

ABC Action News sent a follow-up request asking our questions again as it seems they were not answered. We are waiting for a response.