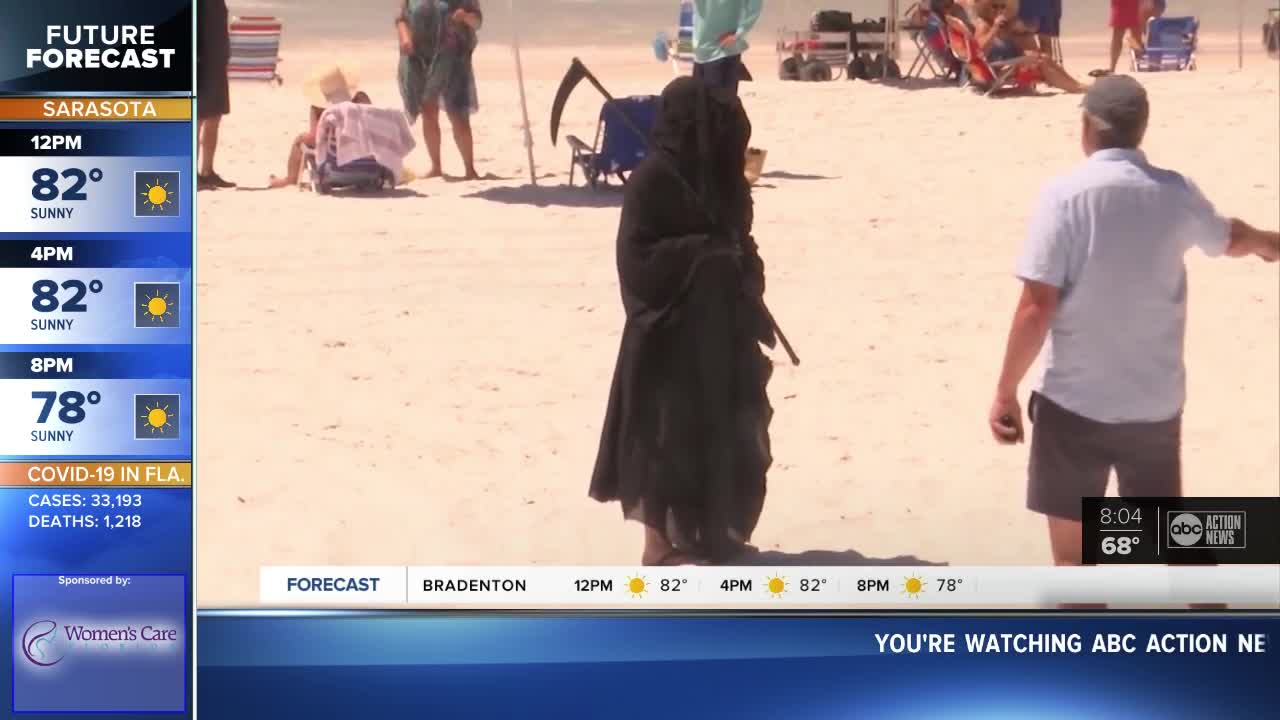 The Grim Reaper, or at least a lawyer dressed up as death, made an appearance during a Florida TV station’s news report as the man was protesting the reopening of beaches near Panama City Beach. 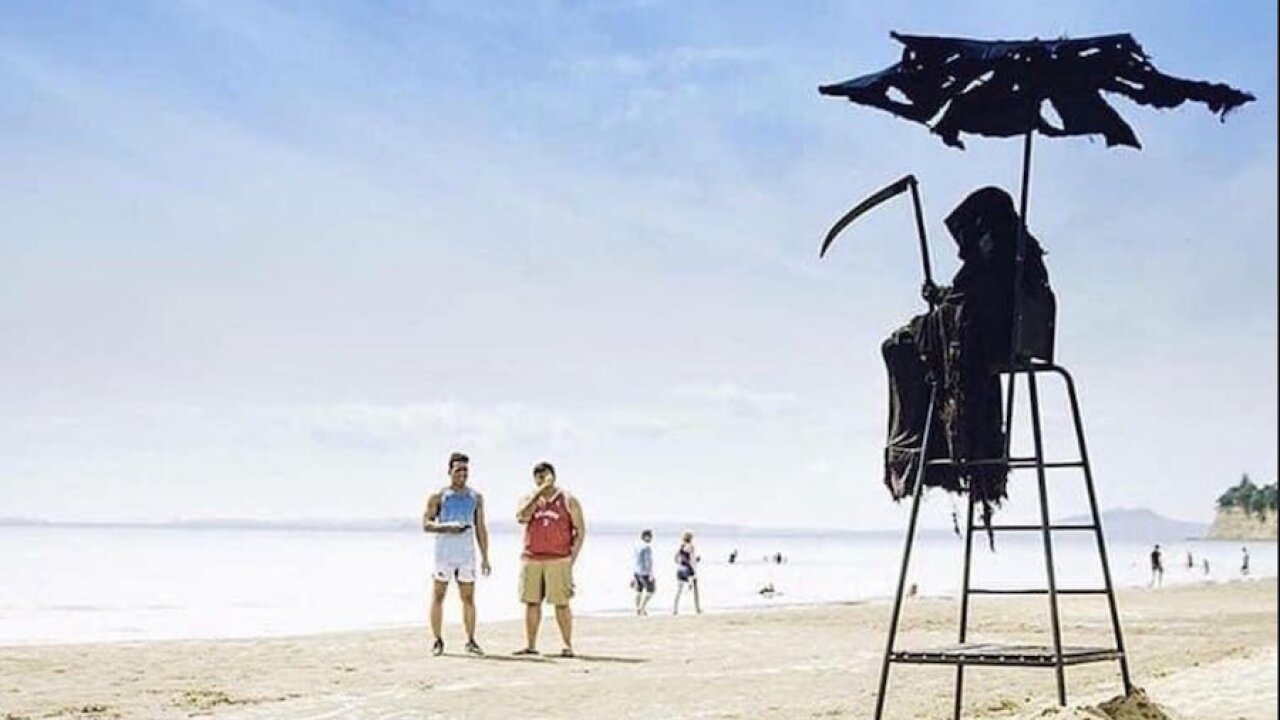 The Grim Reaper, or at least a lawyer dressed up as death, made an appearance during a Florida TV station’s news report as the man was protesting the reopening of beaches near Panama City Beach.

Daniel Uhlfelder said he was protesting in the Grim Reaper costume to show his displeasure of the beach opening during the spread of COVID-19.

“I think it is premature that we open our beaches,” Uhlfelder told WMBB-TV. “I am a huge proponent of public beaches, and I have been fighting for that for years, but the danger of bringing all the people here to our area and spreading the virus, I think it will prolong the recovery.”

Video of Uhlfelder’s appearance on WMBB has been seen by millions on social media on Friday.

“Wow. Never thought I’d ever have a ‘viral’ moment like this,” WMBB reporter Faith Graham said. “For everyone asking, I am alive! The Grim Reaper did not hurt me by any means. I hope you all enjoyed! Covering a story like this was definitely interesting to say the least.”

Two weeks ago, Gov. Ron DeSantis allowed municipalities and counties to decide to open public beaches. DeSantis was widely criticized in March for not closing the beaches during some of the busy Spring Break period, as many Florida beaches were crowded with tourists during the spread of the virus.

“Do it in a good way. Do it in a safe way,” DeSantis said about opening the beaches on April 17.

Uhlfelder’s protest stands in contrast with those happening at state capitols across the country, as a number of demonstrators, some of whom armed, have objected to governors ordering some non-essential businesses to remain closed.