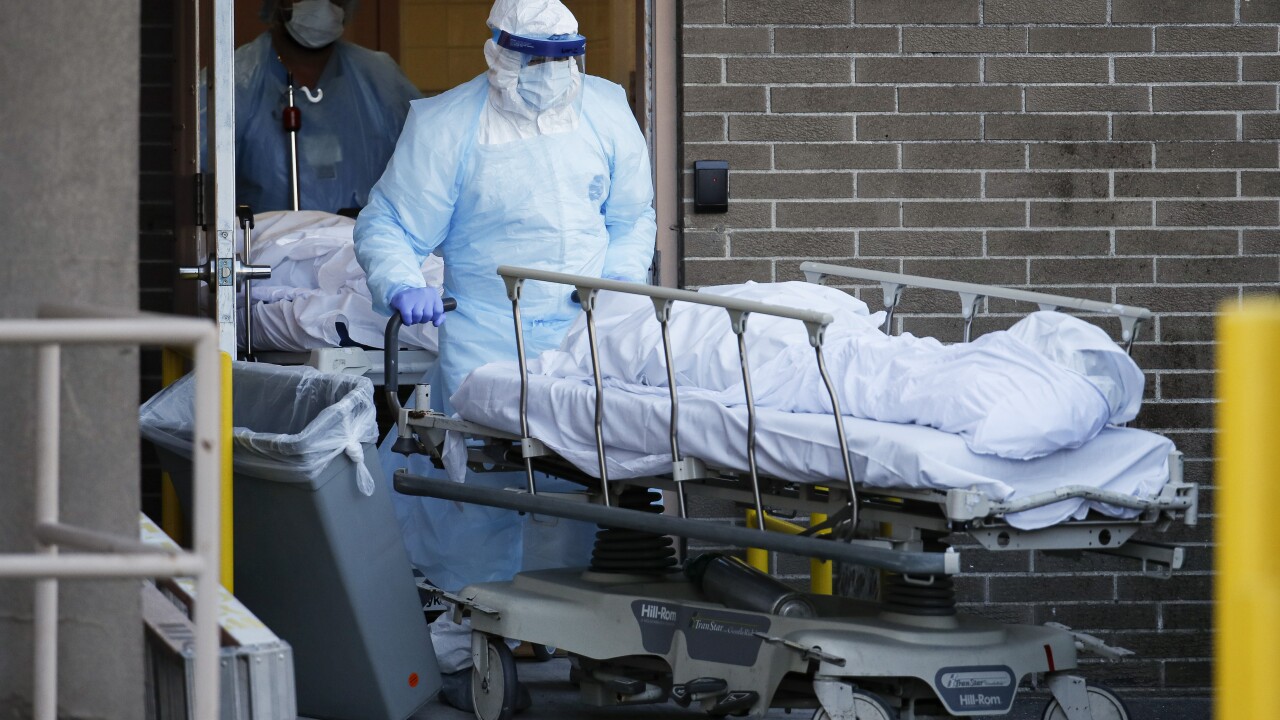 Copyright 2020 The Associated Press. All rights reserved.
John Minchillo/AP
Medical workers wearing personal protective equipment wheel bodies to a refrigerated trailer serving as a makeshift morgue at Wyckoff Heights Medical Center, Monday, April 6, 2020, in New York. The new coronavirus causes mild or moderate symptoms for most people, but for some, especially older adults and people with existing health problems, it can cause more severe illness or death. (AP Photo/John Minchillo)

NEW YORK (AP) — New York City's death toll from the coronavirus has eclipsed the number of those killed at the World Trade Center on 9/11.

In Britain, Prime Minister Boris Johnson was in intensive care with the virus.

And Japan declared a monthlong state of emergency for Tokyo and six other regions.

In China, authorities lifted 11-week-old restrictions in the city of Wuhan, site of a lockdown that served as a model for other countries battling the coronavirus.