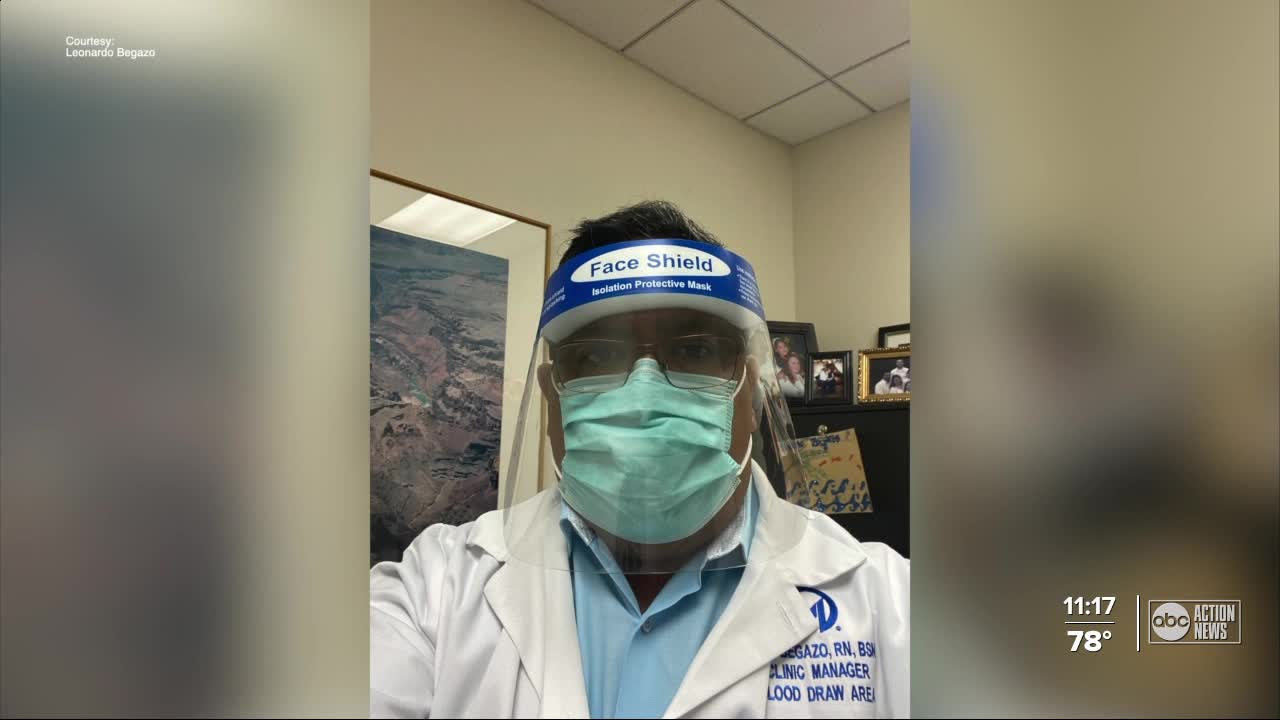 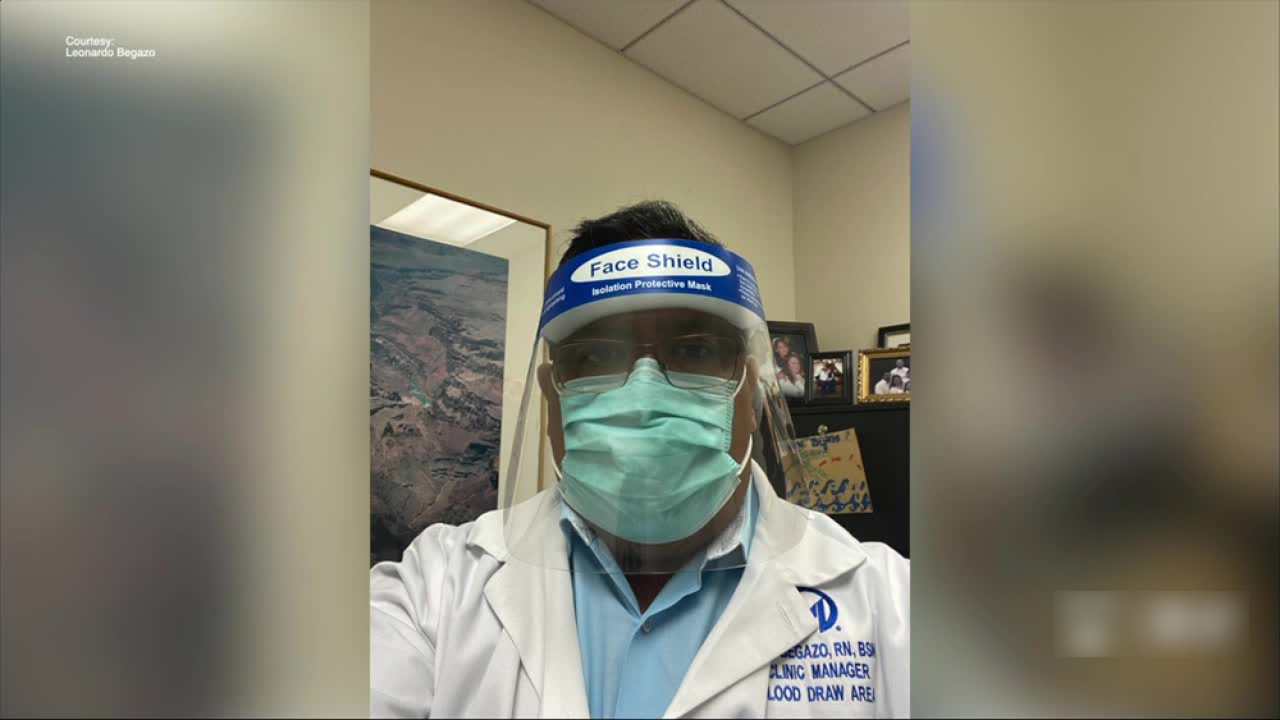 HILLSBOROUGH COUNTY, Fla. -- Leonardo Begazo is used to helping others. He is the clinic manager at the blood draw clinic at Moffitt Cancer Center.

But this spring, the tables turned when he and his family became patients with COVID-19.

“I only know that I made it because God’s hand was right there,” Begazo said.

He said in mid-March, he, his wife and two children started having symptoms. His 21-year old son started with a fever. He went to the hospital and was sent home to recover.

“We know really well how to immediately implement the isolation protocols of gowns, gloves, mask and everything. We set up an isolation table outside his room. We decided I was going to be the one getting in the room when it’s needed,” Begazo said, adding his wife also works in the medical field.

Begazo said his own symptoms included a loss of smell and taste, a dry cough, fatigue, extreme headaches and eventually, a fever.

“It’s something different. It’s something you feel like all of your energy was been suctioned with a vacuum or something like that. You don’t have energy to move at all,” he said.

He said he doesn’t have underlying conditions he knew of, but his symptoms got worse. Eventually, his wife called 911.

On his way out, his 12-year old daughter handed him a note. It said, "I (heart) you with all my heart. I want you to get better as soon as possible."

Paramedics took him to South Bay Hospital. He said at first he was concerned, as another hospital already had his records.

“I was so thankful initially what I thought was a mistake actually turned into the best experience of my life because these people and this hospital they saved my life. I will always eternally be thankful to everybody in South Bay Hospital,” Begazo said.

He said both he and his wife both ended up in the ICU, just two doors down from each other.

"They saved both our lives," he said.

While they were in the hospital, his brother, recently retired from the Army, traveled to Florida to camp out in their back yard and take care of the recovering kids at home.

While Begazo was under sedation, he said nurses communicated with a notepad. It looks like scribbles. However, one person visited him every day and said blessings. He said one day, he felt that strength, and was able to use the only strength he had to write in Spanish what translates to, "Jesus you are my rock."

But Begazo continued to decline. Eventually, he said the doctor told him he would likely die within the next 24 hours if he didn’t go on a ventilator. Even then, he said he wasn't given a large chance of surviving.

He called his wife.

“I just told her that I loved her and if I don’t wake up anymore to know that I love her and tell my children I love them,” he said.

He then said a prayer, with nurses holding his hand, before he went into an induced coma for six days.

Finally on April 23, he was released from the hospital with people lining the hallways and cheering him on.

“Saying thank you, God. Thank you for giving me this new opportunity because I really know how hard it is and I know how many people are not able to come back but he was great. He was good and gave me that second opportunity in life,” he said.

Begazo said he had eight weeks of therapy and two surgeries. But September 1, he returned back to Moffitt Cancer Center to a warm welcome from his coworkers.

“I really am glad every time I see somebody say, ‘Hey, welcome back, we’re glad that you’re back.’ It reassures that my mission here has some meaning. It has some meaningful purpose,” Begazo said. “Here one of the things I love is to help people. I always felt like that before being sick, and I know now that is my mission to continue helping people.”