More people in the Tampa Bay region are now required to wear masks in public places. On Monday, Sarasota became the latest city to put an order in place. 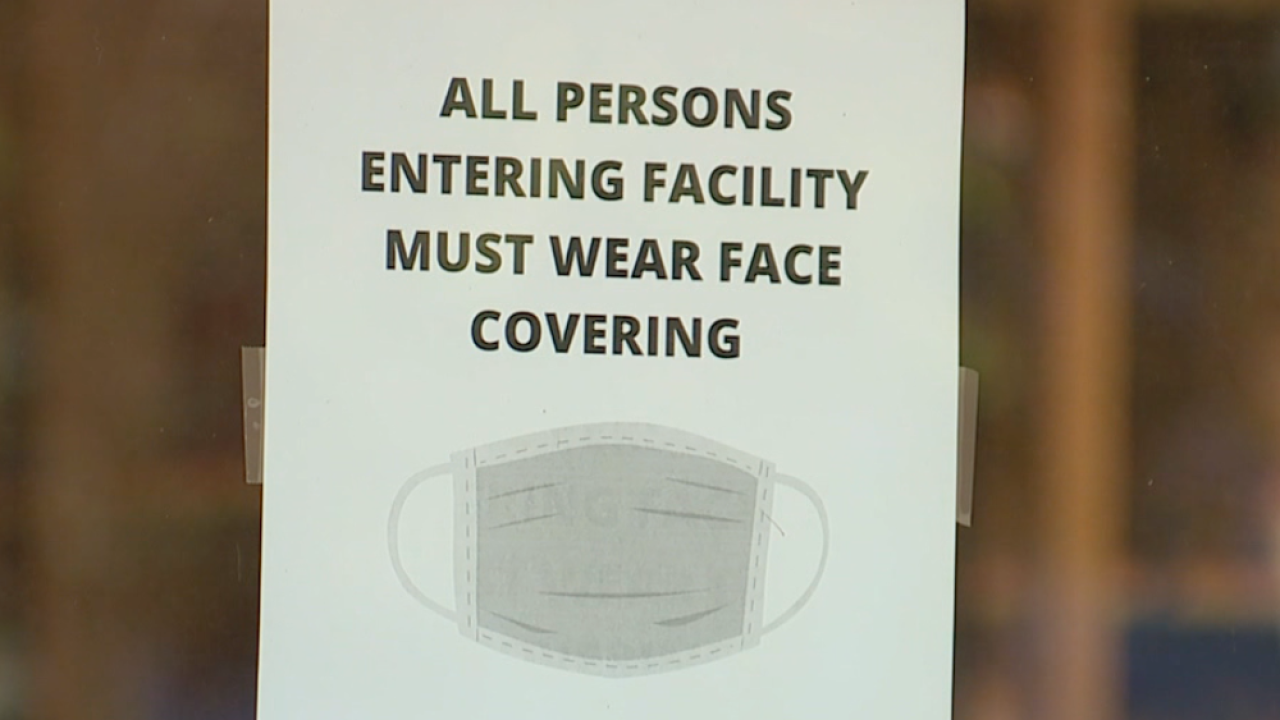 TAMPA, Fla. — More people in the Tampa Bay region are now required to wear masks in public places. On Monday, Sarasota became the latest city to put an order in place.

The city commission approved an ordinance that requires face coverings in public locations and businesses starting Wednesday. They aren’t required in homes, lodging or when proper social distancing can be practiced.

The order also includes the following exemptions provided by the city:

The city said enforcement will focus on compliance and education, though violations can carry a non-criminal infraction and fine up to $500.

Sarasota joins the ranks of neighboring cities with an order already in place, including St.Petersburg.

“Your goal should be to make sure you’re not doing something to put somebody elses' life at risk,” said St. Petersburg Mayor Rick Kriseman.

While many are complying, the city said code enforcement reports inspecting more than 1,000 businesses and issuing 40 municipal ordinance violations to businesses for employees not wearing face masks as of June 26. The list of businesses includes gas stations, convenience stores, a sushi restaurant, gym, a hair salon, a barber shop, food marts and a grocery store among others.

“I think where we’re having the issue and we need some help from the business community is when people are coming into their business, there’s still a certain segment that just for whatever reason and some have called it selfishness whatever, but they refuse to wear a mask,” said Kriseman. “And in those instances where a business may have it posted outside that masks are mandatory if somebody’s coming in without a mask and they don’t meet one of the exceptions for why you don’t have to wear one that business should be asking the person to put one on and if they refuse to do so should be calling the non emergency line of our police department.”

City officials in Tampa report 42 mask complaints but no citations issued from June 22 to June 25.

In Hillsborough County, the emergency policy group discussed its mask order Monday. It agreed to exempt those under 8 years old and those under 18 years old taking part in youth sports, summer camps and childcare programs. The group also voted to expand the requirement to include non-profits supplying goods and services in areas the public can access.

“My whole point is you’ve got to make sure the people wear masks,” said EPG and Hillsborough BOCC Chairman Les Miller.

The group also discussed part of the order that puts the responsibility for compliance on businesses. Members asked the county attorney to research alternatives to criminal penalties further and discussed ideas like signage. The EPG next meets Thursday.

The county is facing two lawsuits over the order, including one attorney's argument that it is about the mandate and not masks. Following Monday's meeting, an attorney provided an amended complaint, in which he has now filed an emergency complaint for relief and a temporary restraining order.

“I’ve been following this and plotting the data out, calculating the doubling times and the doubling times are now running a little larger, a little over one week in the state of Florida and a little bit under a week here in Hillsborough County,” said Dr. Thomas Unnasch, a distinguished professor in the USF College of Public Health.

He explained that it indicates a “huge amount of community-based transmission.”

Unnasch said CDC's estimates indicate there are 10 times as many infections as are being picked up by testing. He estimated that if nothing is done and the pattern we’re in continues -- based on numbers doubling each week -- next Monday, 15 percent of the population could be infected, 30 percent in two weeks and 60 percent in three weeks.

“If we had 60 percent of our population when they were out wearing a mask that was 70 percent effective, it would break the back of the epidemic. The epidemic would just decline and disappear completely. That’s all it takes. It’s a simple behavior change,” he said.

Unnasch urged staying away from crowds, and if you’re in an area where you’ll be in contact with more than a small number of people to wear a mask.

Sarasota will offer face masks for pickup outside City Hall from 9 a.m. to noon on Tuesday, June 30, and Wednesday, July 1.