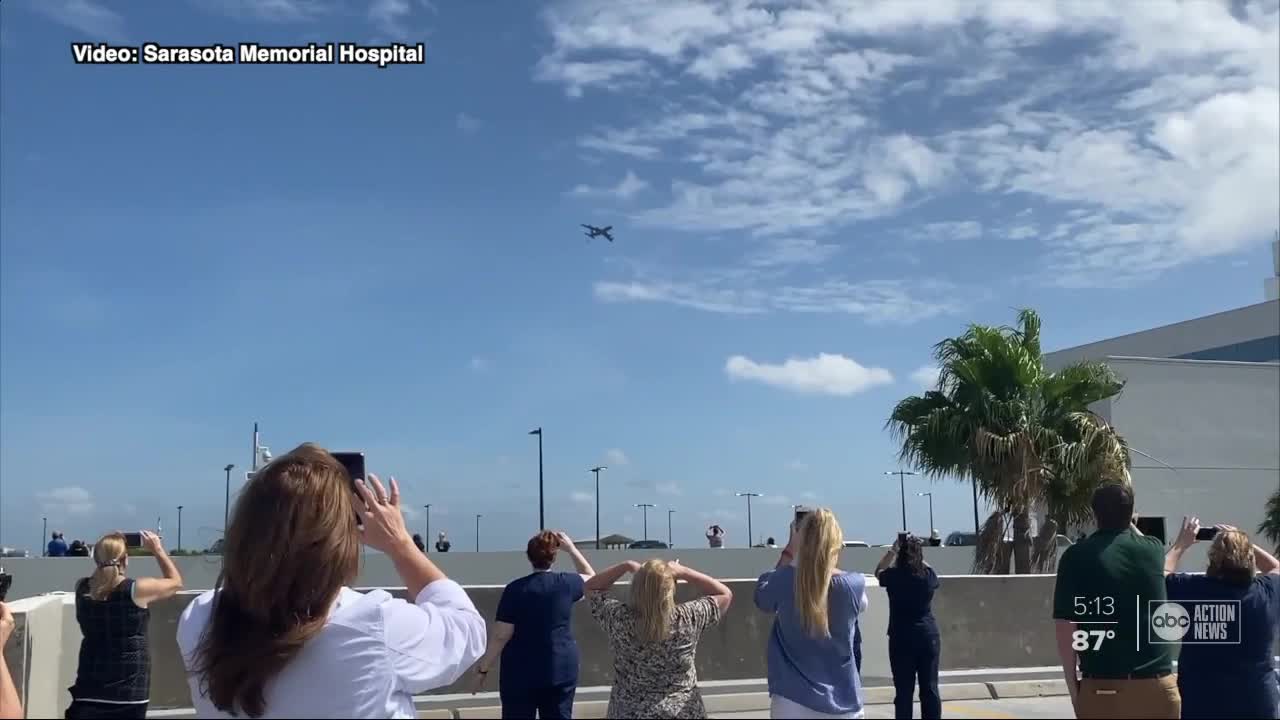 As front line employees continue to work around the clock during the pandemic, the MacDill Air Force Base will launch one KC-135 to fly over parts of the Tampa Bay area today as a way to say thanks. 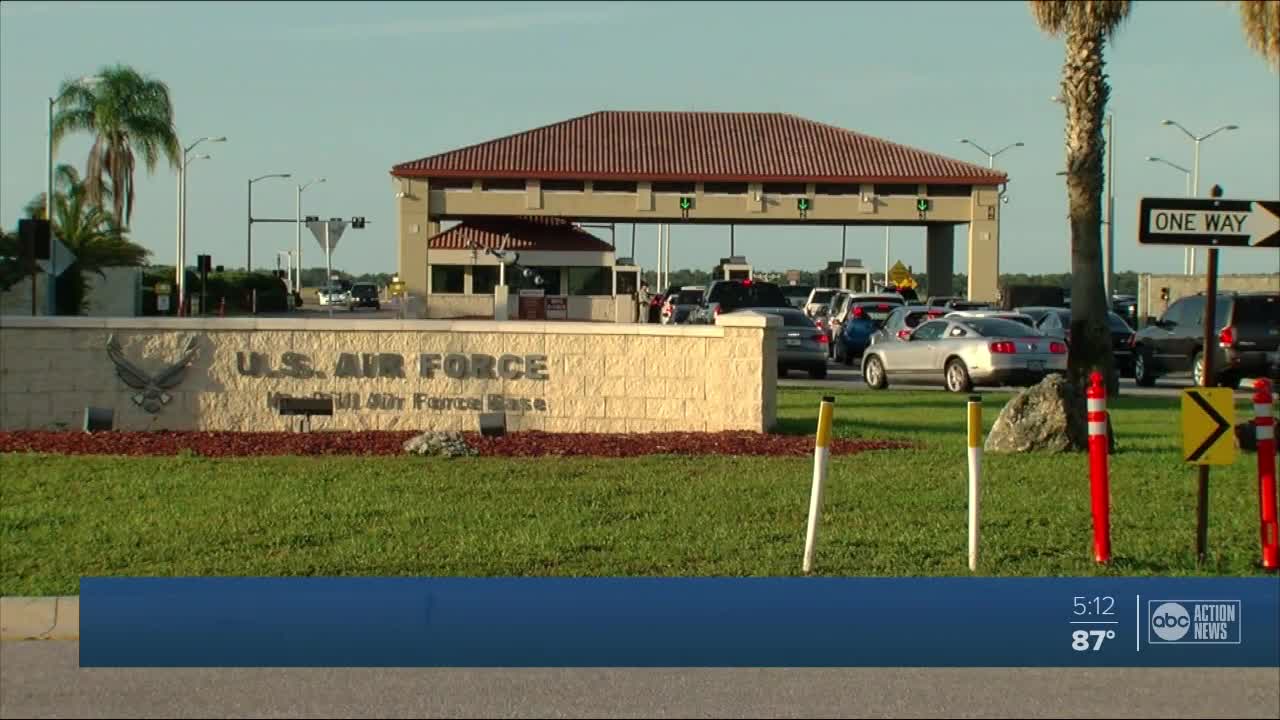 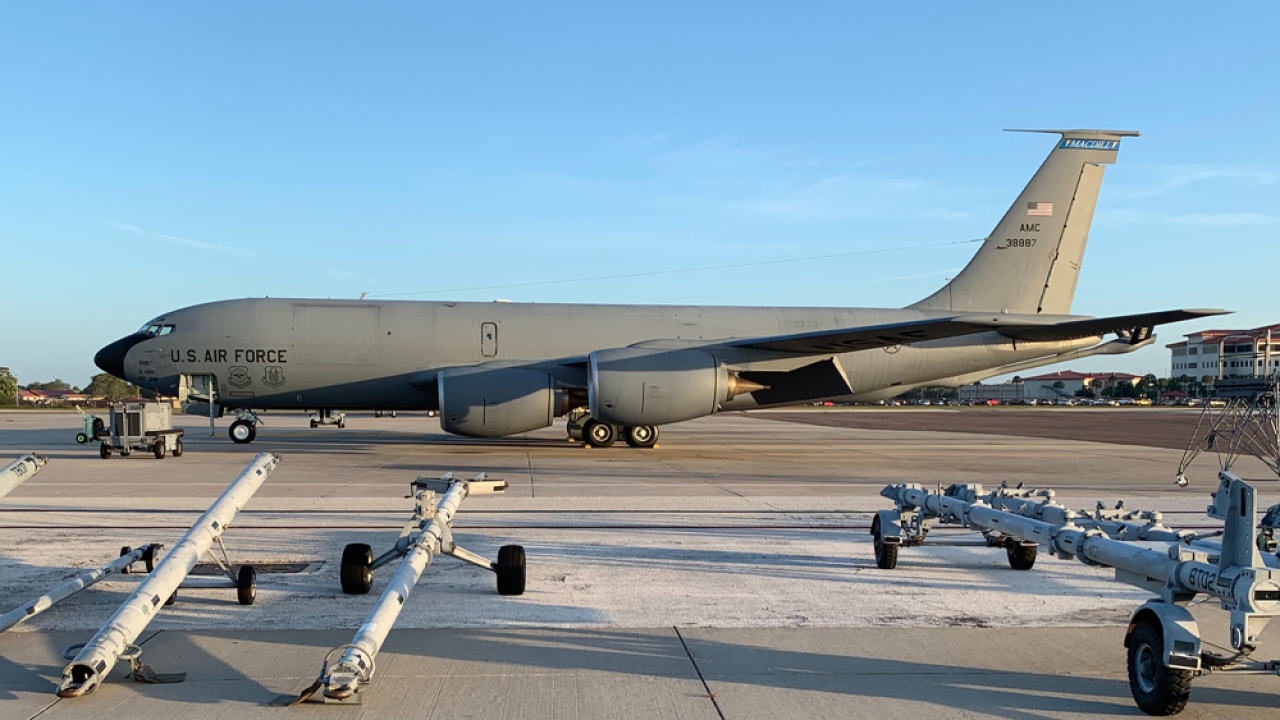 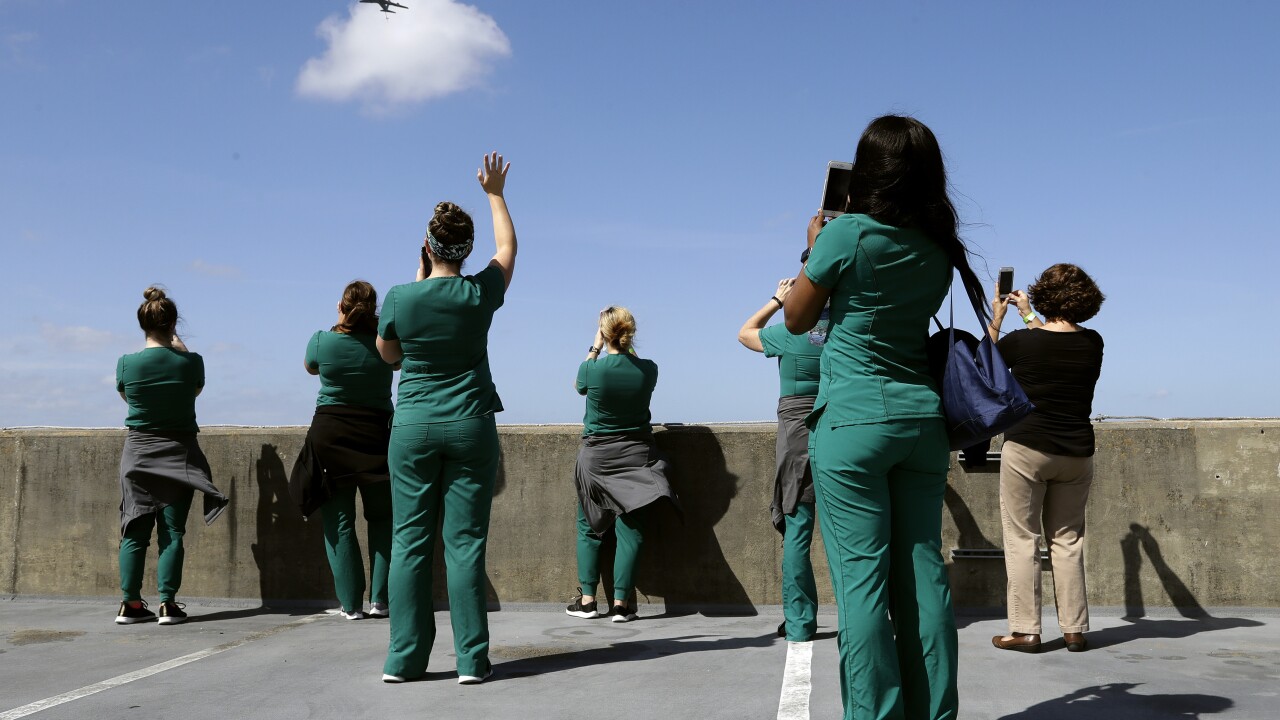 TAMPA, Fla. -- As front line employees continue to work around the clock during the pandemic, the MacDill Air Force Base launched one of its KC-135s to fly over parts of the Tampa Bay area earlier on Friday as a way to say "thank you" to the front line workers.

The aircraft flew over 12 major hospitals during Friday's show.

The Vice President of Care Operations at Tampa General Hospital watched from outside TGH on Friday morning.

“Being on the island, we frequently get the flyovers from these tankers, so just for them to recognize, not only Tampa General, but the other hospitals in the area, really awesome,” said Peter Chang.

While plenty of crew members were eager to join, one crew from MacDill's own Air Force Reserve took flight.

“This is deeper than just us being here on base, all of us reserves in the 927th, we live here, we have businesses and families, and this is our family as well," said Lt. Col. Andy J. Doerr, an aircraft commander at MacDill.

Air Force personnel at MacDill said so often they are on the receiving end of gratitude from the community, but this gave them a chance to be on the giving end.

“This community goes out of their way to honor our sacrifices,” said Col. Stephen Snelson, 6 Air Refueling Wing commander, in a press release earlier this week. “This is an honor for us to be able to display our gratitude to these warriors who protect our base and this community from this horrible virus.”

The KC-135 launched from MacDill at about 9:30 a.m. Friday and went south towards the Sunshine Skyway Bridge. Afterwards, the aircraft headed back north along the bay, turned south and followed I-75 to Sarasota, turn north toward St. Petersburg before returning to the base.

Take-off was originally scheduled for 10:30 a.m., but it was moved up an hour due to possible rainy weather.

The map below was the flyover plan, per MacDill: