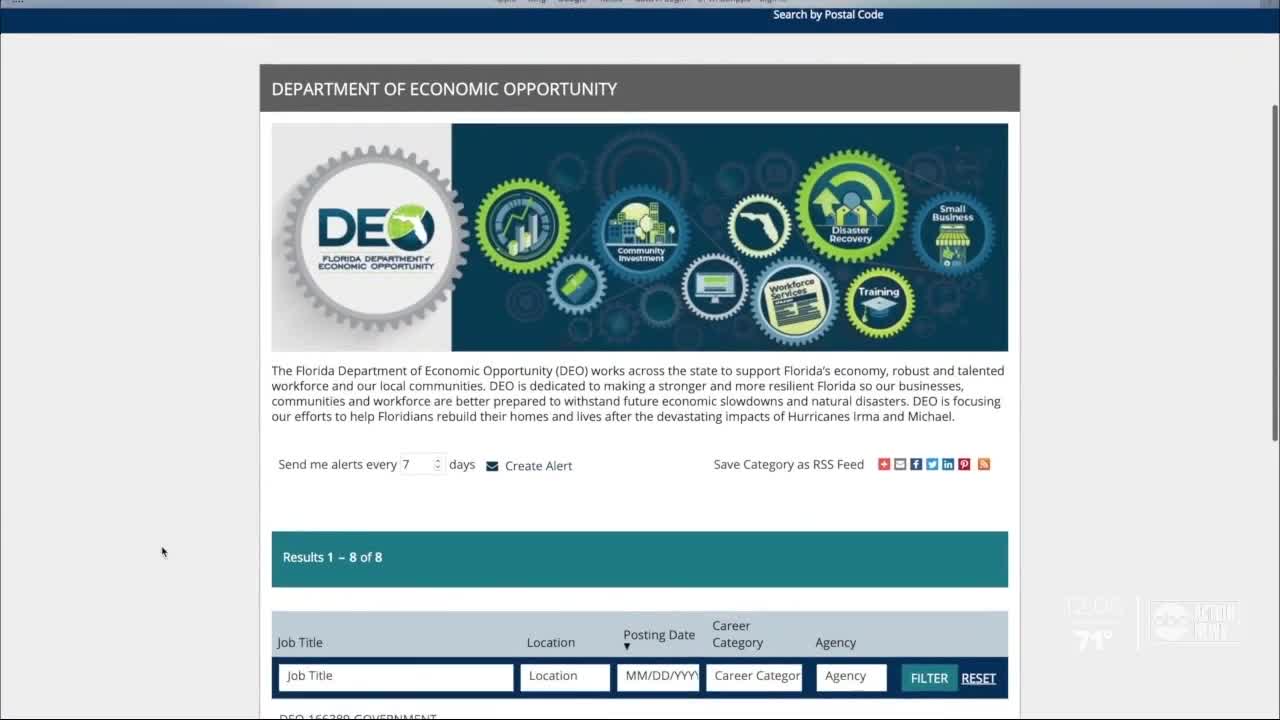 The state is facing a lawsuit over its failure to help those who lost their jobs due to the pandemic. 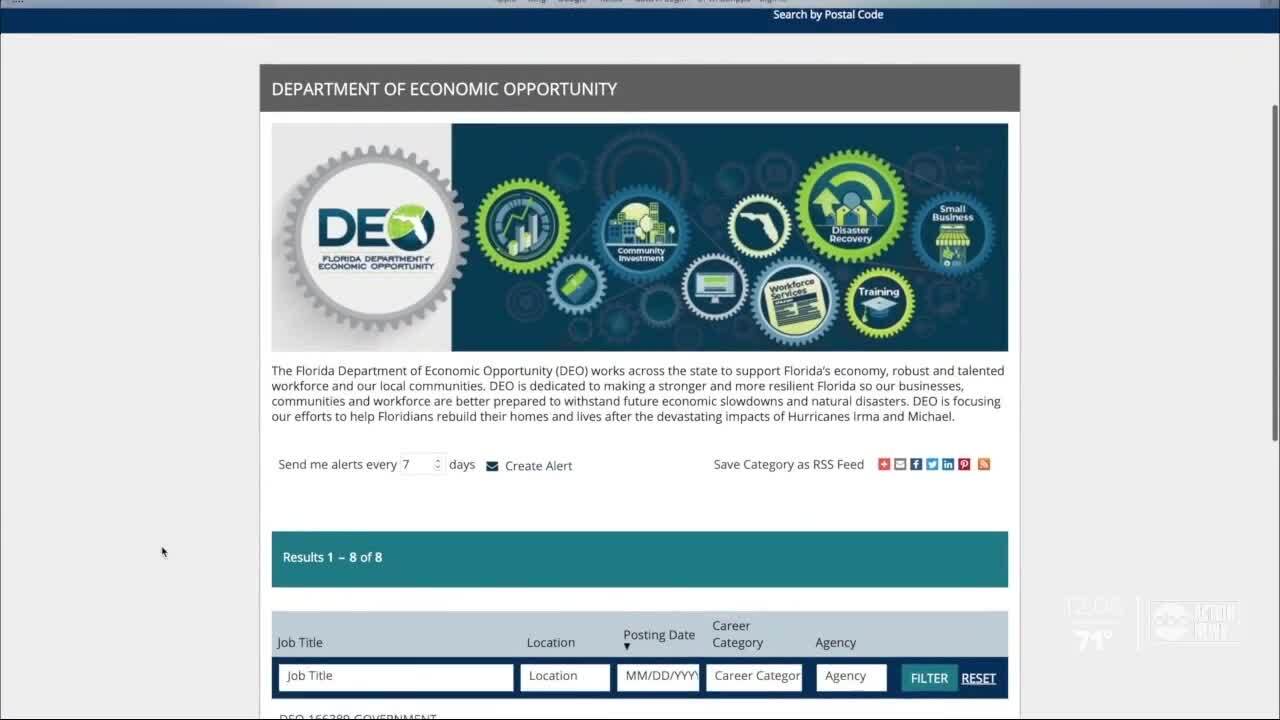 TALLAHASSEE, Fla.— Lawyers are taking the state to court over the unemployment system they call a “colossal failure,” as the site shuts down for the weekend to continue processing claims.

Two suits were filed this week in Leon County.

“The immediate need is to not just sue the government for not providing a safety net for employees in the state of Florida but to try to compel them to let them understand and know the gravity of the problem,” said attorney Marie Mattox.

The first action was filed Thursday against Governor Ron DeSantis and the Florida Department of Economic Opportunity. It seeks to compel payments through the reemployment system that have not been made.

“We’re mandating that they fix this now and they go ahead and pay and make the payments they’re required to pay,” said Mattox.

A lawsuit was also filed Friday against the governor, DEO and Deloitte Consulting, LLC, who had been contracted to develop the web-based claims site years ago. The suit alleges negligence in creating and administering the system.

“That system has not only failed on information and belief and our lawsuit lays it out, it was intended to fail and I believe when we get into the discovery in this matter there will be convincing evidence that the system is working exactly how it’s supposed to work and that is not working at all. That’s one thing the system and the people we represent have in common none of them are working,” said attorney Gautier Kitchen.

Kitchen said he is in contact with confidential whistle blowers.

“I have people right now in the agency working for DEO that I’m holding confidential but who’s story is almost nauseating,” he said.

Three plaintiffs are listed in the suits, including Mike Latner, who says he worked as a cook in Citrus County.

“This is the most frustrating time off work I’ve ever had,” Latner said.

Latner said he was laid off his job with a restaurant on March 20 and filed for unemployment benefits two days later. After grappling with the site for hours, the lawsuit states Latner discovered his file had been deleted.

After multiple attempts, he was able to re-file on April 13. He was unable to log back into the site later as it was down for maintenance.

Latner said this week, he received a determination of ineligible because he did not make enough money. A letter sent from the DEO determined he made no wages in Florida in 2019, though Latner said he worked for his employer for at least a year and a half when he was laid off. He said he’s filed an appeal.

“I’m not trying to get money because I don’t want to work. I need it to survive,” he said, adding that he suffers from congestive heart failure.

But Latner said he knew this was bigger than just him and felt like he had to do something to get answers for people struggling with the system.

“Something’s got to be done it’s not the citizens fault here we’re not to blame to blame is the lack of leadership at this time,” Latner said.

Friday, Governor Ron DeSantis said people are working around the clock and changes are being made to the system.

“This thing was a clunker there’s no doubt about it. It was designed with all these different things to basically fail I think. Look, you have states, with this volume, it was gonna be a problem no matter how good the system was but I do think the way this thing was designed was very problematic,” DeSantis said.

They are not involved in the suit, but like many others, frustrated with the state’s system. Rodriguez said he’s filed multiple times since March, but his claims are still pending.

The co-owner of the shop, veteran Drew Cochol, said his claim first filed in March was denied. When he was told to re-apply, he said his claim was listed as resolved, but he has received no answers about where his claim truly stands.

“It’s not necessarily fair to us quote unquote gig workers or sole proprietors or independent contractors. We still make up a big part of our job force and we’re out here to serve our community,” Cochol said.

The business owners said on top of that, they have not been able to tap into any small business relief programs to date.

“We have a $77 million lovely system that we only spent about $150 million on to try to fix and when we all gather back in Tallahassee, I’m sure that we’re going to make sure this doesn’t happen again. Whatever that takes to either get a new system, get a new process,” said State Sen. Ed Hooper in an interview prior to the lawsuits filing.

Satter was asked if the DEO plans to look into the system’s failure and money spent to overhaul it five years ago.

“They’ve been waiting at the foot of this cross now since February when we knew this stuff was hitting it is time they get some salvation,” Kitchen said.

“Something dramatic needs to happen in terms of fixing the system so that other people don’t have the same problem,” said Mattox.

ABC Action News also reached out to Deloitte Consulting, LLC for comment but did not hear back at the time of this publication.