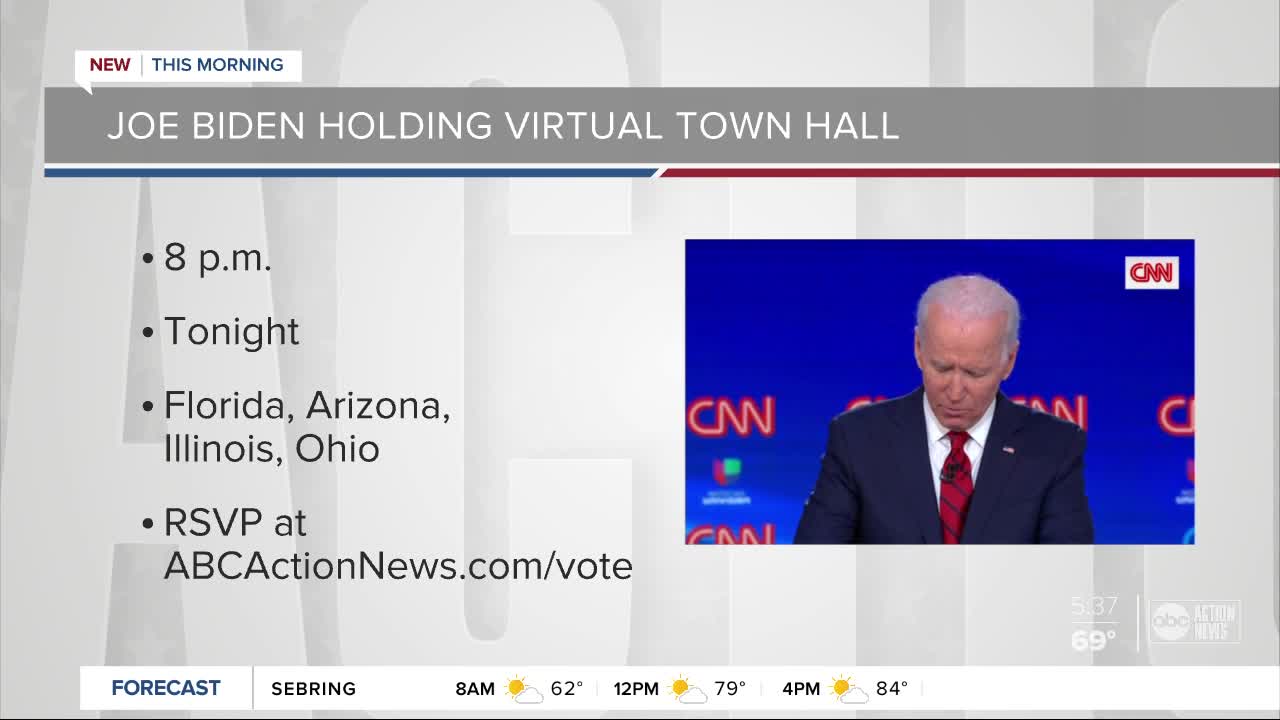 Virtual phone banks and town halls are the new normal during the coronavirus pandemic. Story: http://bit.ly/33ktcIc 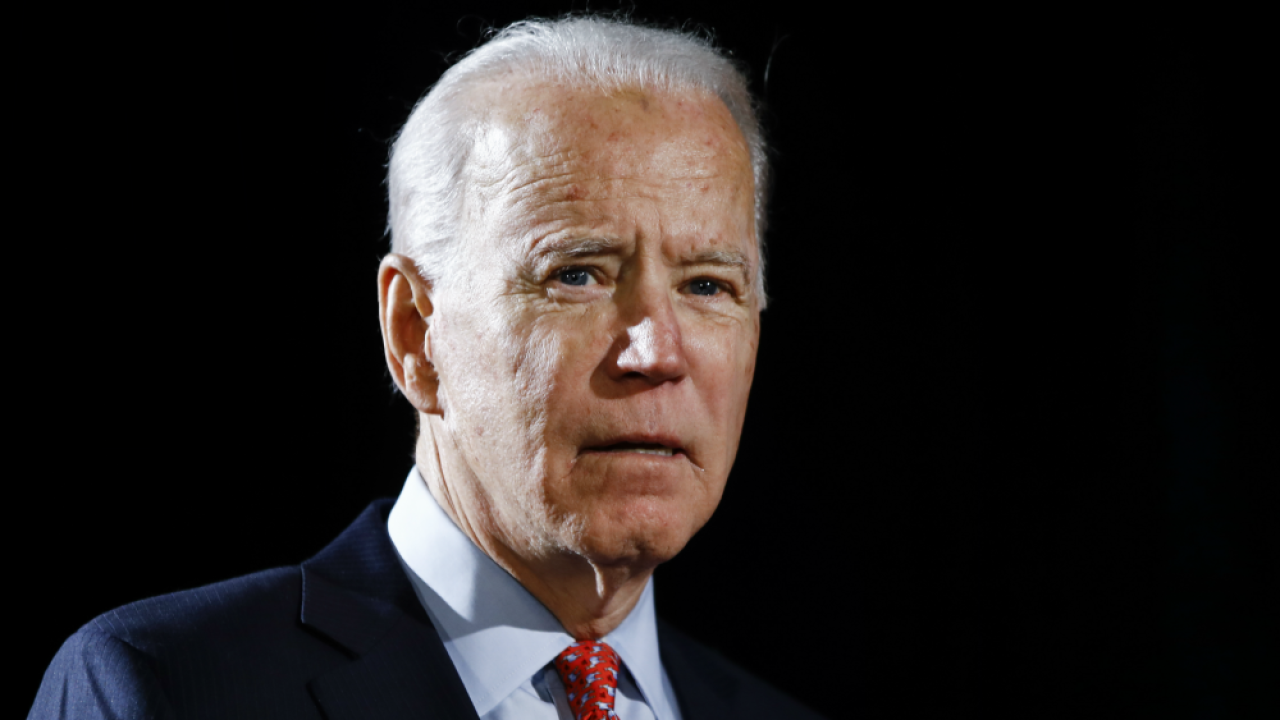 CHICAGO — Joe Biden held a town hall in Illinois — or at least tried to — from 800 miles away in Delaware. Bernie Sanders is staging daily news conferences from Vermont, instead of his usual rallies around the country with thousands of supporters.

The global coronavirus pandemic has sent the 2020 presidential campaign into a virtual phase.

Big rallies and handshakes are out. Virtual phone banks and town halls are the new normal. Political parties and groups are canceling in-person gatherings.

States holding primaries in coming weeks have urged more voters to cast ballots by mail and extended hours for early voting centers in an effort to avoid election day crowds.

The Biden campaign scrapped plans for a Chicago rally ahead of Illinois' Tuesday primary due to warnings from public and health officials against large gatherings. Instead, the Democratic front-runner was supposed to take questions Friday in a virtual town hall via Facebook live.

But it was a rocky start. The livestream started after Biden had begun speaking, cutting off his introduction, and at one point Biden — holding a cell phone in his hand — turned and walked partially off camera, so viewers could no longer see his face. The stream lasted less than five minutes before wrapping up, with the campaign apologizing for “technical difficulties.”

“I’m sorry this has been such a disjointed effort here because of the connections," Biden said after answering a question about protecting endangered species. "There’s a lot more to say but I’ve already probably said too much to you.”

Sanders, Biden's rival for the Democratic nomination, has been holding daily press briefings from his home state, where he has blasted President Donald Trump and his administration's response to the virus. Biden did the same in an address Thursday.

Speaking to reporters Friday, Sanders was subdued — the emotional opposite of the big rallies that have helped fuel his support at the polls. He drew over 10,000 people at a Chicago rally on Saturday, before officials starting warning against large events. Sanders said his team has mastered the use of internet campaigning, livestreaming almost all of its events already.

COVID-19 causes only mild or moderate symptoms, such as fever and cough, for most people. It can cause more severe illness, including pneumonia, for some people, especially older adults and those with existing health problems. Most people recover from it. Those with mild illness recover in about two weeks, while those with more severe illness may take three to six weeks to recover, according to the World Health Organization.

With the coronavirus causing a sea change in presidential campaigning, candidates and their supporters worry that the virtual events won't have the same impact.

“We do more rallies than anybody else, and (they're) often very well attended. I love to do them," Sanders told reporters at a hotel in his home state of Vermont. “This coronavirus has obviously impacted our ability to communicate with people in the traditional way that we do. That's hurting.”

In Chicago, Biden volunteer Lally Doerrer was preparing to have a few other supporters over to her home Friday to watch the virtual town hall. The retiree finished an online MBA program a few years ago and said it helped familiarize her with technology like virtual classrooms and the potential for it to reach many more people than a rally. And while she believes canceling large gatherings is the right thing to do, she doesn't think the virtual events will have the same impact as when people come together in person.

“There is a common physical element that comes from being face to face, or better yet marching side by side, and that's what is lost in this,” Doerrer said.

At Biden headquarters, Friday was the last day before the campaign moves to a work-at-home model for everyone, from the most senior advisers to the newest organizer.

The policy extends to field offices around the country, as well — just as the campaign was looking to build out the campaign toward a potential general election matchup against President Donald Trump. Trump himself has canceled rallies, for now.

Biden advisers are reluctant to talk about what the coming weeks may look like. If anything, those events are tryouts for a new style, while aides continue monitoring public health advisories from the Centers for Disease Control and Prevention.

On Monday, Biden will be holding a virtual town hall in Florida, Arizona, Illinois and Ohio. He is expected to lay out his vision for America and listen to voters’ concerns. The town hall begins at 8 p.m. To join the town hall, click here.

In a staff memo, Anita Dunn, Biden’s top strategist, and Jen O’Malley Dillon, his new campaign manager, said that as of Thursday, that guidance still suggests that “small gatherings are safe,” as long as no exposed persons participate. “We will continue to hold smaller events like roundtables, house parties and press statements,” besides the virtual events.

It's not the first time this election cycle that candidates have had to get creative about reaching voters. Stuck in Washington for Trump's impeachment trial in the weeks before the kickoff Iowa caucuses, Sens. Elizabeth Warren and Amy Klobuchar held telephone town halls with Iowa voters, and Sanders held nightly online chats where he spoke to supporters via live stream, offering updates on the impeachment trial and his campaign.

Klobuchar, who said over 12,000 Iowa voters participated in one of her telephone town halls, also spoke via phone to voters in New Hampshire, the second state to vote. Warren held similar calls with voters in New Hampshire and South Carolina ahead of those states' primaries, as she campaigned elsewhere. She suggested later while campaigning in person that she'd reached thousands of voters that way, but her campaign never released figures on how many people actually dialed in.

Biden has held at least one virtual fundraiser, a rather uneventful telephone gathering on Dec. 5, when he called in and essentially delivered a modified version of a stump speech that he’s since overhauled. Last week, he called in to a fundraiser being held at a private residence in northern Virginia. Donors heard in person from former Virginia Gov. Terry McAuliffe, who’s endorsed Biden, and Steve Ricchetti, one of his closest and longest-serving advisers, before the former vice president called in.