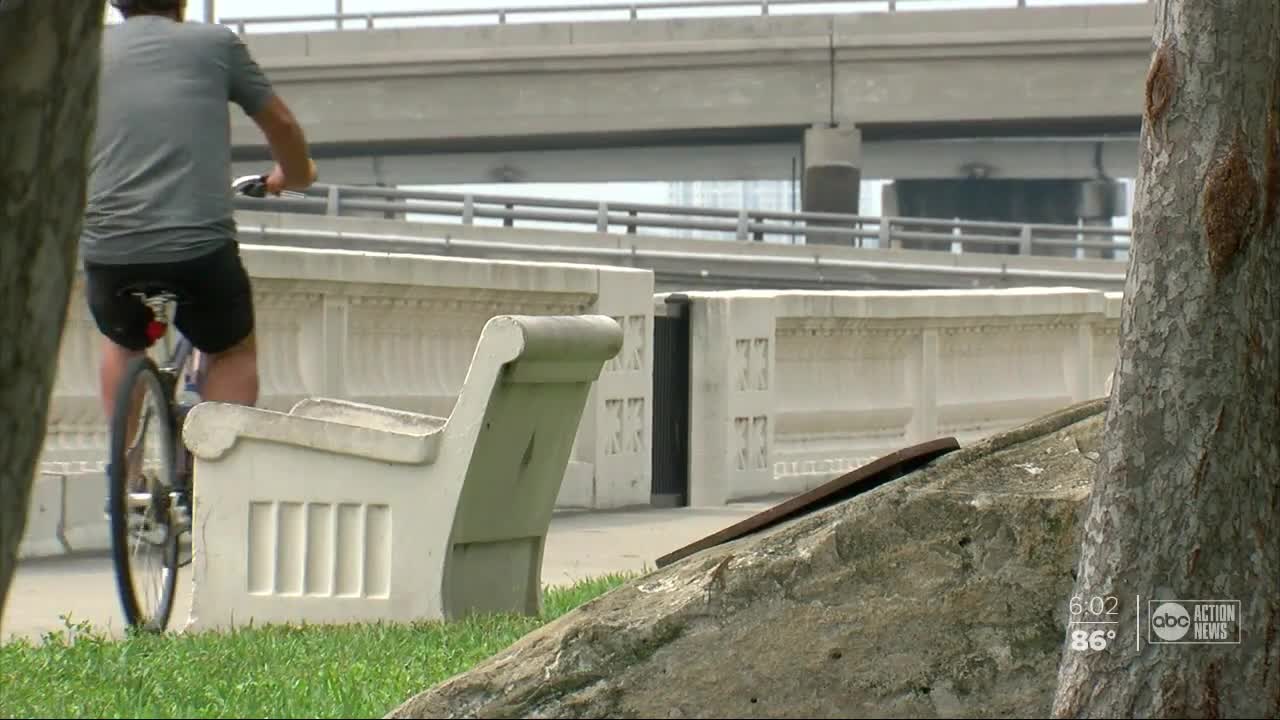 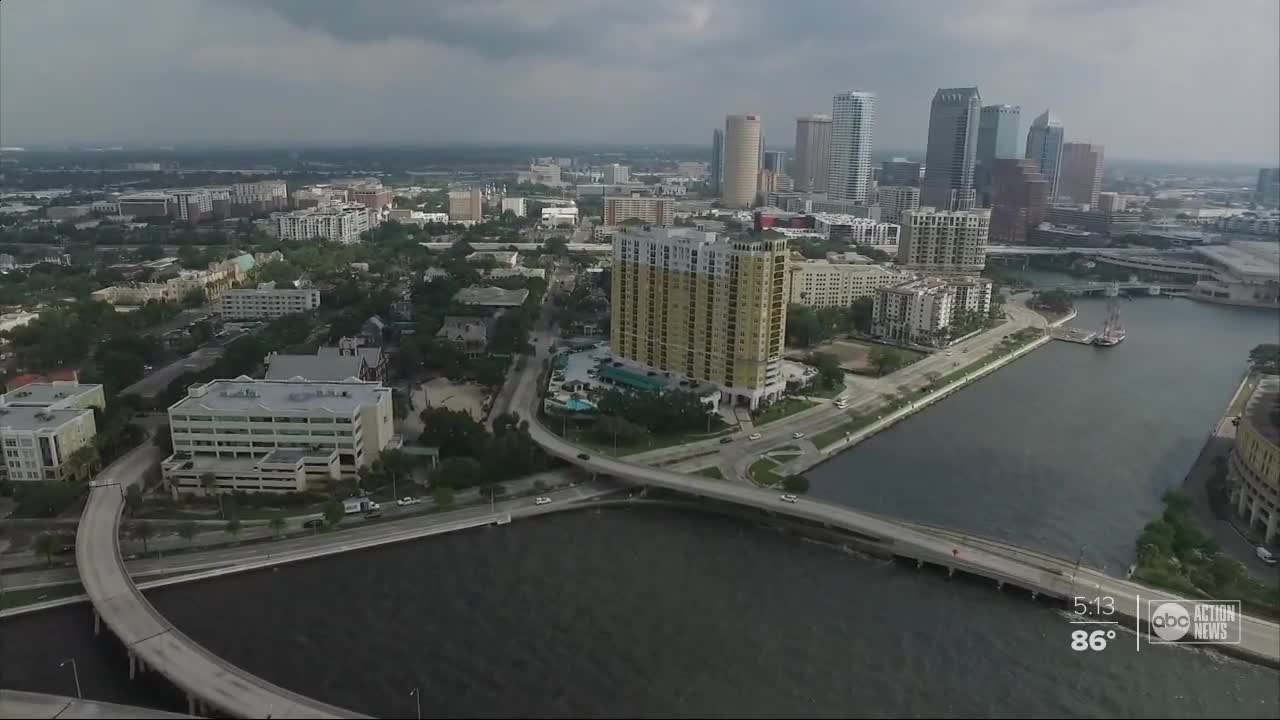 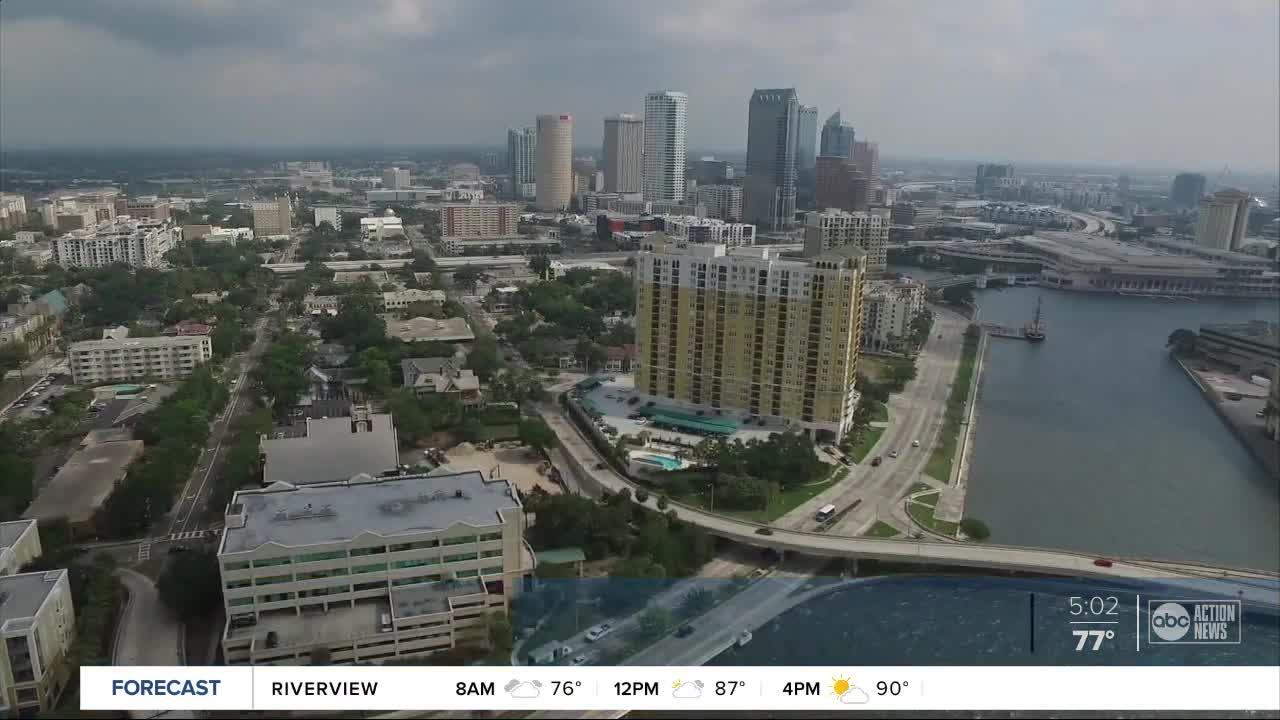 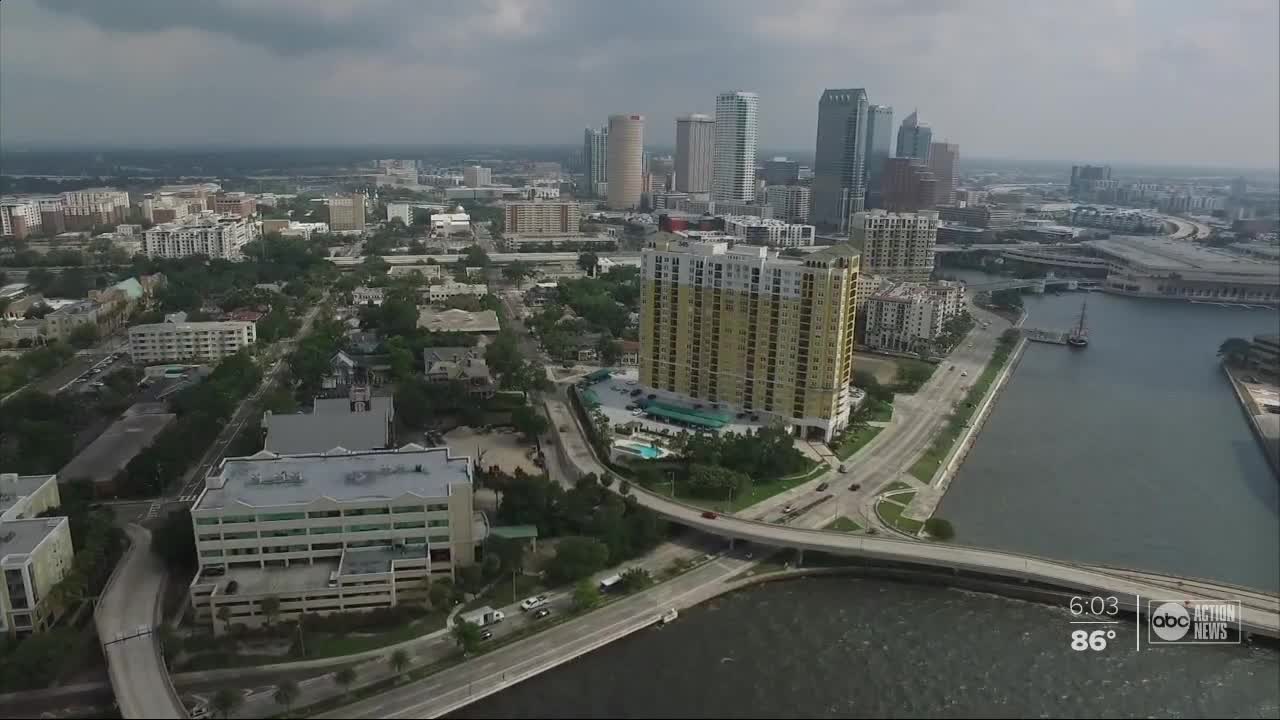 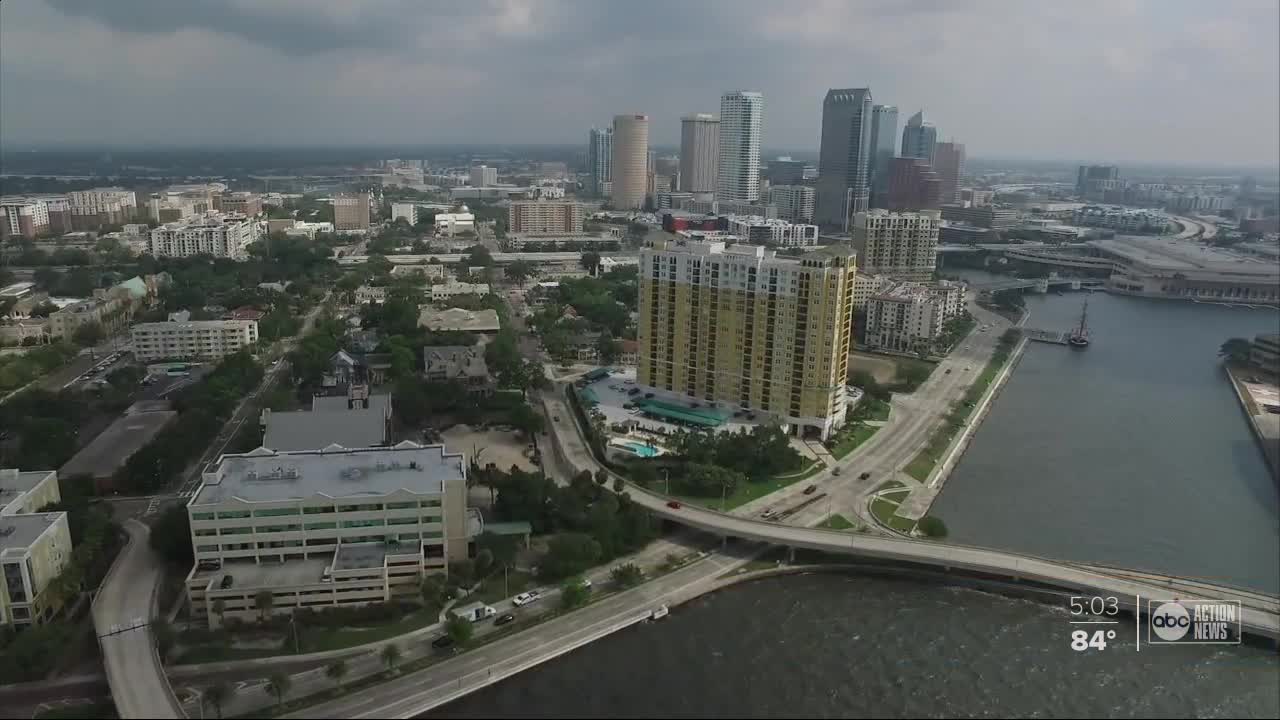 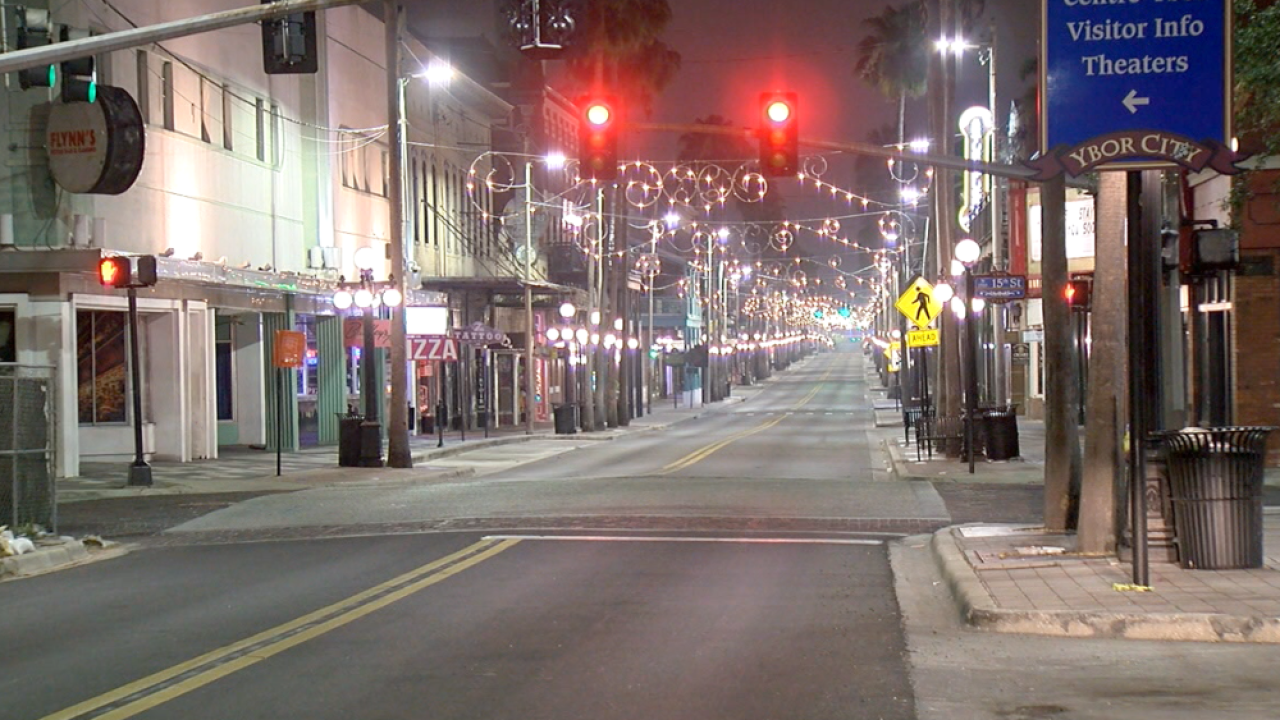 The curfew, which goes from 9 p.m. to 5 a.m., was announced during Monday afternoon's emergency policy group meeting on a 5-3 vote. The curfew order goes into effect starting Monday night and will be enforced every night.

"The only way we’re going to stop this right now is to have the curfew and the curfew has to go in place. We tried the safer at home in many instances not working. Yes, there are those abiding what the safer at home says we appreciate that we really really do for those that are doing the right thing we appreciate it," said Hillsborough County BOCC chairman Les Miller. "But there are a lot of people out there that are not. And those ones that are not could put those that are in jeopardy."

The announcement of the curfews come as the entire state of Florida is under a "safer-at-home" order, which followed the county enacting it's own safer-at-home order last month. County leaders said they are receiving complaints of people not following it, though.

We requested a list of called the he Hillsborough County Sheriff's Office has received for people not complying with the "safer-at-home" order since it took effect. They say at least 350, including 14 on Easter. Sheriff Chad Chronister said complaints have included large gatherings and individual businesses, including a restaurant open with people sitting outside. They're seeing gatherings in the afternoons into the later evening.

Commissioner Miller said in Tampa a group of more than 100 congregating outside a convenience and liquor store had to be broken up.

Plant City Police said on Friday, they tried to stop a fleeing vehicle seen leaving the area of a shooting. When the suspect vehicle crashed, the two suspect tried to run away from the scene. Police later charged one subject on burglary of an unoccupied conveyance during a state of emergency, and violation of public health emergency rules. The other subject was also charged with violation of public health emergency rules.

"If you’re talking about trying to stop the spread of the coronavirus and we’re asking people to socially distance themselves and you're having these events you’re not socially distancing yourself you’re not concerned about the virus spreading and someone in that crowd could have the virus and not know it and they spread the virus," said Miller.

The curfew allows exceptions for essential services, including going to the grocery store, pharmacy or to and from an essential activity. But Miller said you should not be going for a jog or walking your dog after 9 p.m.

Social gatherings are not essential.

"If you don’t follow directions that are being given by law enforcement there could very well be arrests and fines. But I can tell you now we’ve always talked about law enforcement comes up on this curfew they’re going to educate first and foremost and ask the person to do what they’re asking them to do and that is disperse your activity," Miller said.

But this has brought on confusion -- people wondering if the Governor's executive order which deems exercise and taking care of pets "essential".

"The curfew as written is not entirely clear, and we anticipate that the EPG will provide clarity as soon as possible. What is clear is that the EPG is confronting head-on the need for aggressive and responsible social distancing, and that the goal remains to promote compliance rather than prosecuting non-compliance," he said.

The Tampa Police Department says they will educate folks on the curfew and avoid fining or arresting people if they can. They say arresting folks puts their deputies at risk too.

"With that you’re potentially exposing our cops, it just becomes a whole quagmire in itself," said Chief Brian Dugan, with the Tampa Police Department. "The stressor that our police are seeing is they are out there doing their job being potentially exposed to this virus and are taking it back to their families. That’s the risk that we take."

They say since the safer-at-home order started, they haven't arrested anyone and say most people are either complying or agreeing to when approached.

Dr. Marissa Levine, a USF Professor of Public Health and family medicine, says what the bay area has done to slow the spread of the virus seems to be working. She says while that is hopeful, it's important to not let our guard down now.

"I emphasize that we are not out of the woods and it’s not time to let our guard down. To go forward, we really need to make sure that we keep this up," said Levine. "I know it’s going to get harder for people to be able to maintain the safer at home mandates that are expected."

Which is why she says people need to help others to get through this together. She says the curfew should help.

"There is still no specific treatment and there’s no vaccine so even one case of COVID could be impactful to the whole community," said Levine. "That means we’re gonna have to figure out who’s already immune [and] what does immunity really mean?"

During the Emergency Policy Group's meeting, Mayor Jane Castor also proposed making face coverings required in public where someone would interact with another person, including stores, public transit or essential errands. EPG members are basing a draft off of a similar order is Osceola County. They are planning to review and vote on it on Thursday.

They are not referencing N95 masks used by medical professionals.

The Department of Health said as of Monday, there have been 16 deaths in Hillsborough County. Dr. Douglas Holt said they are instituting a weekly review of all deaths to look at the system of care processes.

USF health policy experts also presented to the EPG, telling members efforts should still be sustained. Although they said there's some evidence safer at home is working locally and nationally, they are not out of the woods and now is not the time to let the guard down. They said it was critical to continue efforts and plan for the worst case scenario around potential hospital surges.

USF experts said they're working to roll out a heat map to help identify the problem, which they said can be of a great magnitude than detected. It's based off of a surveillance network utilized in Puerto Rico. It would involved a website people can enter information into, which would map data to help identify hot spots.

Emergency management leaders also said they've completed a plan for alternate care sites. The plan was done in coordination with hospital systems to provide a plan for a worst case scenario if hospitals are maximized. It would serve lower acuity patients, following assessments from the DOH and hospital. The decision to open a site is based on reaching pre-determined hospital capacity levels. The locations were not noted during the EPG meeting.

Previously, county officials told EPG members the Yuengling Center at USF was identified as a possible alternate care locations. A university spokesperson said USF was informed late last week the county is looking at using a different site than the Yuengling Center if more more locations are needed. The county said they believe the new site they're looking at is better suited for COVID19. It's a special use facility, so they are not in a position to identify it yet.

Officials said they are also working on a plan for mobile testing to serve those without transportation or those who are homebound. People would be identified through the call center, and the EOC would coordinate a visit to their location to collect samples. They are also looking into the possibility of setting up at some community resource centers.

The EPG meets again on Thursday.