A family dealing with the aftermath of COVID-19 is sharing a message of hope as they work to recover from the virus’ impacts. 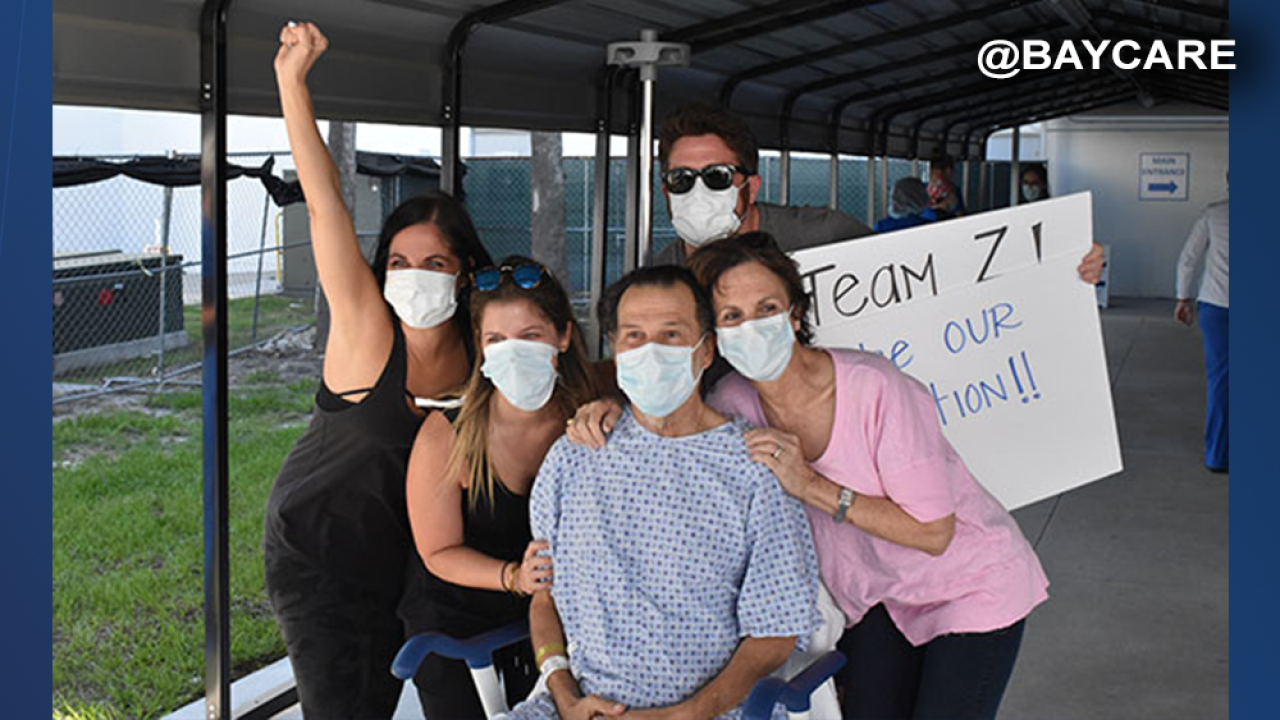 SAFETY HARBOR, Fla. -- A family dealing with the aftermath of COVID-19 is sharing a message of hope as they work to recover from the virus’ impacts.

Zucel (Zunya) Solc and his wife, Helaine, said they fell ill in March after traveling. They’re not sure where along the way they picked it up.

Zunya ended up in the hospital fighting for his life, his family unable to visit, but FaceTiming frequently with the help of medical staff at BayCare Mease Countryside Hospital. In May, he was finally able to leave the hospital and continue his recovery in a rehab facility. Videos showed people lining the hallways cheering as he left.

Since then, he was welcomed home with a neighborhood parade and has been able to spend Mother’s Day and Father’s Day with his daughters and son-in-law.

“It was truly incredible and it was incredible at the level he is at now. As Zunya was saying he came home, did all these things. But when Zunya went into the hospital, he was a 70-year-old gentleman in excellent health, no medications and he came out, he was using a walker, he’s on anti-seizure medication, he just finished doing injection of a blood thinner,” said Helaine.

Zunya said he’s now walking without a walker, though still weak and following up with his therapy exercises.

“I was ill but I was asleep so really didn’t know,” he said. “One of the things I start now, talking to my daughters and Helaine, is just trying to collect all these little pieces that have been here and there. But I’ll tell you, you know, one of the saddest things for me was to recognize how my family or what my family went through,” Zunya said.

“This is a cruel, cruel virus. I have to tell you, it left us with definite post-traumatic stress disorder syndrome,” Helaine said. “It affected all of us and of course, I have to be careful about asking people to wear a mask and telling them my husband was on a ventilator because it’s hard to believe this thing happened. Most people I’ve talked to have never known someone who was affected by it but I can tell you, he almost died twice.”

Now, they’re taking things one day at a time, trying to stay positive. They said their message is one of hope, but also to take the virus seriously.

“We want for families to have hope but also listen because it can happen it’s a reality,” Zunya said.

“You just don’t know when you’re gonna get hit and we have a responsibility to each other it doesn’t take much to wear the mask when you go in and out of your car or to a store it’s two seconds but it saves lives,” Helaine said.