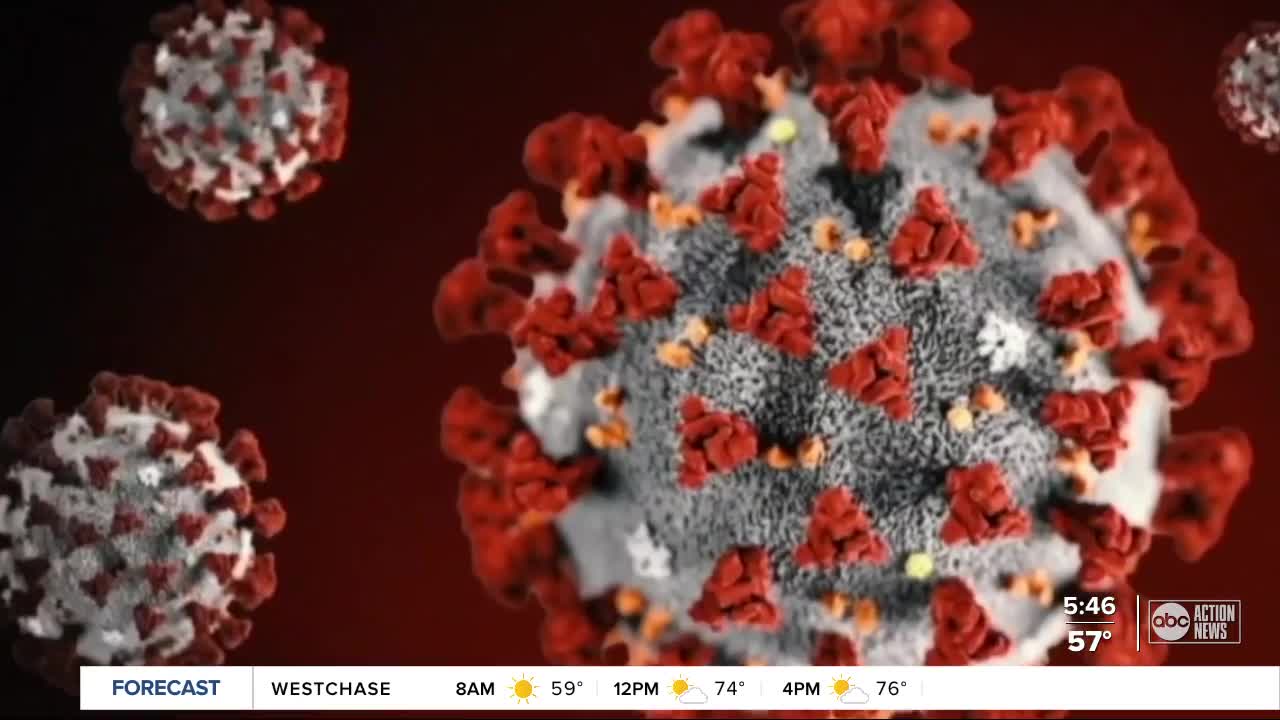 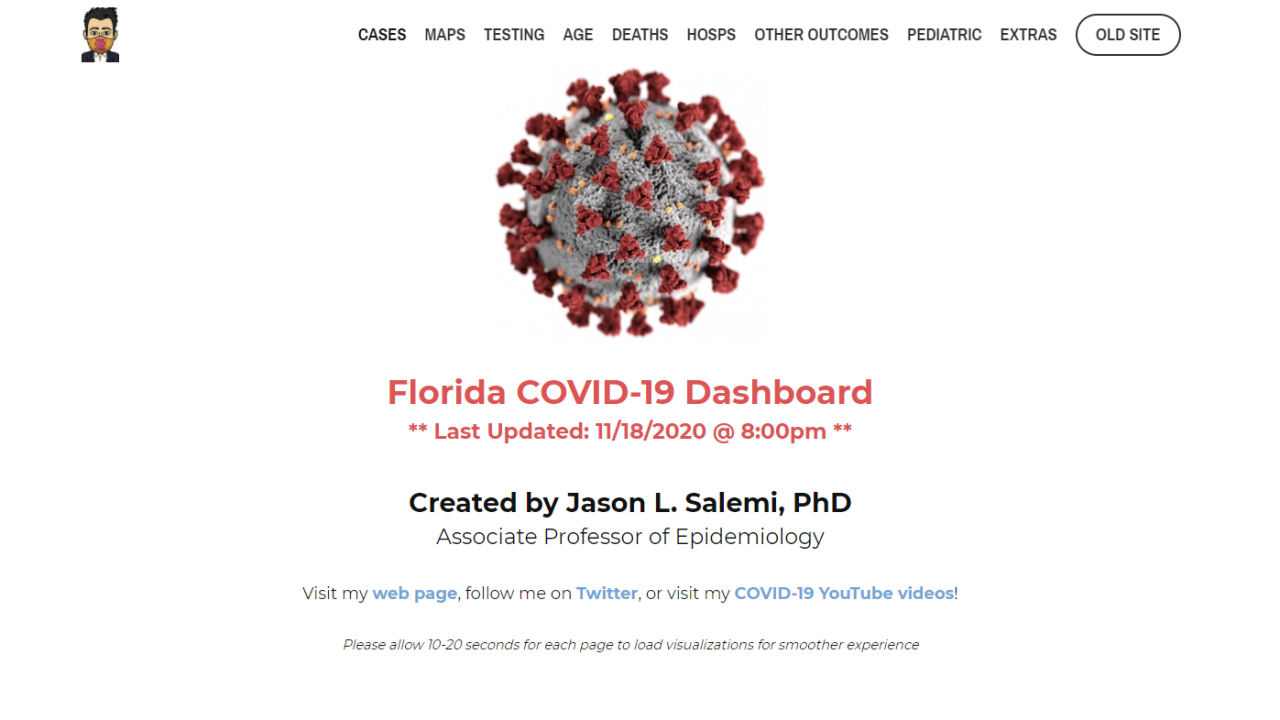 TAMPA, Fla. — Jason Salemi, an Associate Professor for the University of South Florida’s College of Public Health, created a dashboard with all the latest COVID-19 information for the state of Florida.

He utilizes information from the Florida Department of Health, by breaking it down in a way he says helps people access the data in a more meaningful way, and puts numbers into context.

“It just started to grow once more people started to utilize it, they started to request more visualizations on more indicators and to the extent that the data would allow, I tried to accommodate those requests then I started to incorporate some national information from the Department of Health and Human Services,” said Salemi.

There are now more than 65 visualizations available to people.

Salemi says the dashboard was designed to really help people understand and look at the data.

He recently also added a tool, based off a project by Georgia Tech, that can give people some sort of gauge of how community spread county personally affect them.

This is especially helpful for people who may be planning big gatherings.

“This is an approximation but if you were going to head into an event size that had 50 people at it, again based on the level of community spread, what’s the likelihood that you’re going to come in contact with somebody who might be infected with the virus? Assuming that the people at that event that you’re planning are representative of the larger community at large,” said Salemi.

He customized the tool so people can see the information in their own Florida county.

“That really emerges again from people trying to understand. You see X number of cases daily over the past seven days, and you see rates and some people want to boil it down to, what does this mean for me if in my county, this is what the rate is? How likely, I mean literally I’ve gotten that email from tons of people, how likely is it when I’m just going about in my community that I’m going to come in contact with people who are infected with the virus?” said Salemi.

Michael says it’s based on a compartmental model which means it’s tracking the virus as it flows between susceptible people, then exposed people, then infected people, and people who recover.

“The controversy is, is immunity long term? And nobody knows up to date. There are reports saying some people can get reinfected and that is growing, those reports,” said Michael.

“This is a highly social disease. It depends on population density. It depends on people’s behavior. Are people wearing masks, are they practicing social distancing? You know those kinds of things,” said Michael.

The model takes a look at COVID-19 at county levels.

Michael says he wanted to create the model to give cause to the epidemic in specific areas but also wanted to help hospital planning.

The system has now gotten support from Florida Blue, an insurance company using the information for its members and communities.

Florida Blue has give $100,000 to the USF Foundation to support the SEIRcast Covid-19 Forecasting & Planning Portal.

Experts say the model is helpful because it gives organizations a two week forecast of COVID-19 and a longer prediction so they can plan ahead for the community.

“We also give the simulations as I said to Tampa the surge committee, so they can keep an eye on what levels of hospitalizations do we need to plan. So we have all the major hospitals that come to that meeting which is held every two weeks,” said Michael.