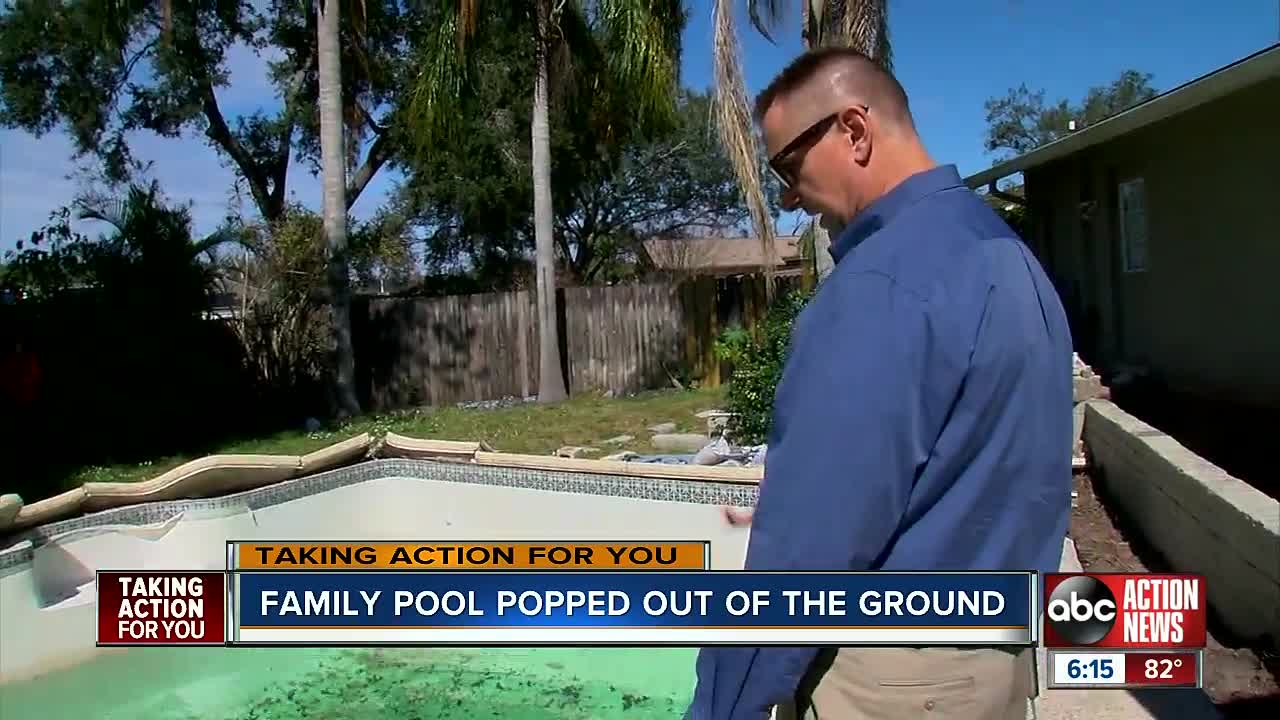 A Tampa family's pool popped out of the ground after they hired an unlicensed contractor to do renovation work— a matter the Hillsborough Sheriff’s Office is investigating after the homeowner made a call for action to Consumer Reporter Jackie Callaway. 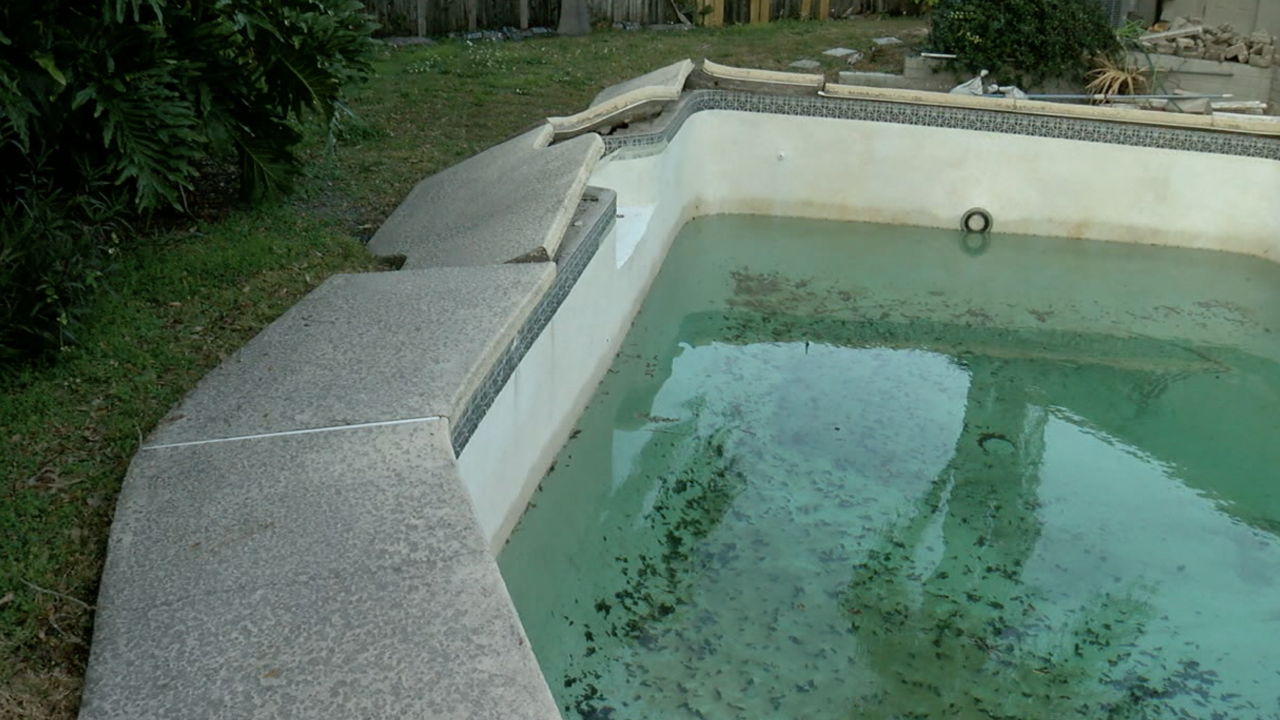 A Tampa family's pool popped out of the ground after they hired an unlicensed contractor to do renovation work.

After the homeowner made a call for action to Consumer Reporter Jackie Callaway, the matter is being investigated by the Hillsborough County Sheriff’s Office.

According to Florida law, only licensed contractors can make major pool renovations. That includes draining all of the water from a pool.

But homeowner Chad Peasley said he only learned that after he hired an unlicensed pool repairman, James Feliciano, to drain and paint his pool.

“It is a nightmare really,” said Peasley. He said his pool popped out of the ground a day after most of the water was drained from his pool.

Peasley said he called Feliciano on December 31, the day it happened.

“He came back and gave us our deposit and picked up his stuff and left and said he had never seen this happen before,” said Peasley.

Weeks later, the deep end sits three feet above ground and most of the deck is broken or destroyed.

After hearing the Peasley’s story, Consumer Reporter Jackie Callaway contacted the Hillsborough County Sheriff’s Office and they opened an investigation into the matter as a case of unlicensed contracting.

ABC Action News called Feliciano, who denied any wrongdoing before hanging up.

Pool expert Gary Crayton of Pool Troopers and member of the Florida Swimming Pool Association said he knows exactly what caused Peasley's pool to pop out of the ground.

“We have to make sure we open up the pool to the ground water and allow that to come in,” said Crayton.

Crayton said a typical pool drain has two plugs – one on the side that is used to pull water out of the pool and another on the bottom that goes into the ground. If the bottom plug is not opened up, then pressure from the ground water can force the pool to pop up.

To make sure your next pool renovator is a licensed contractor, check the state’s database: www.myfloridalicense.com.