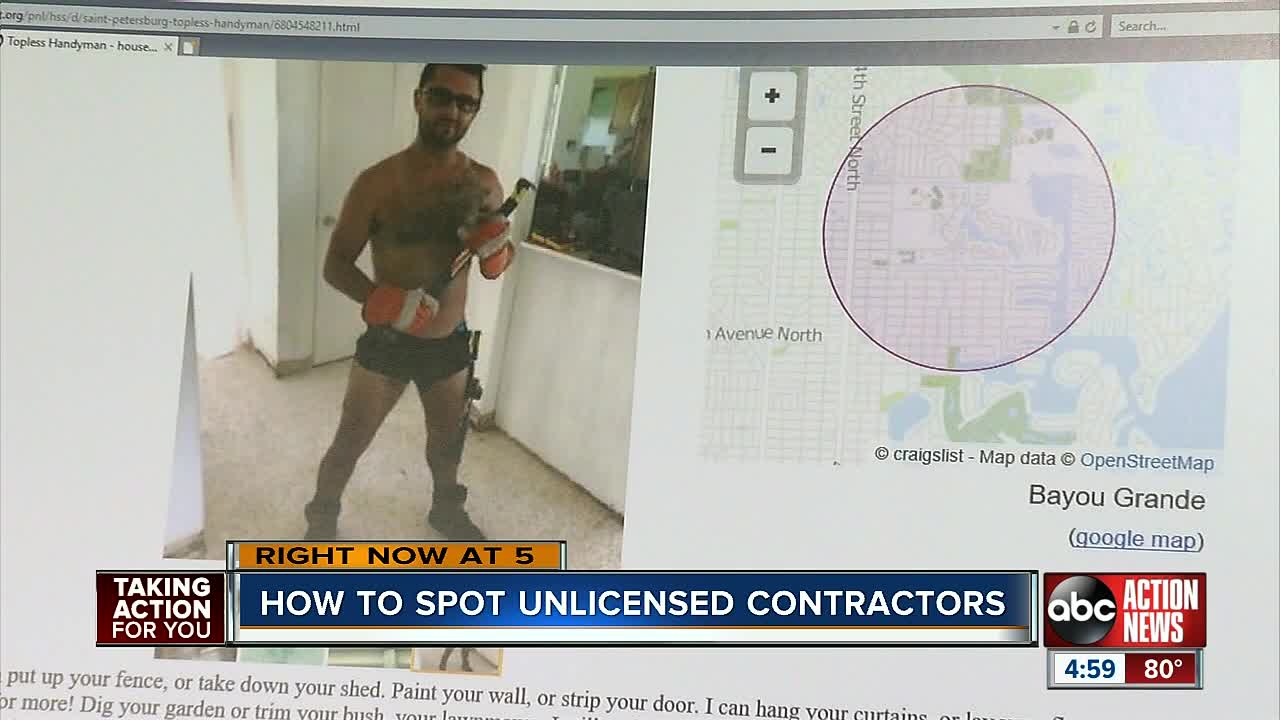 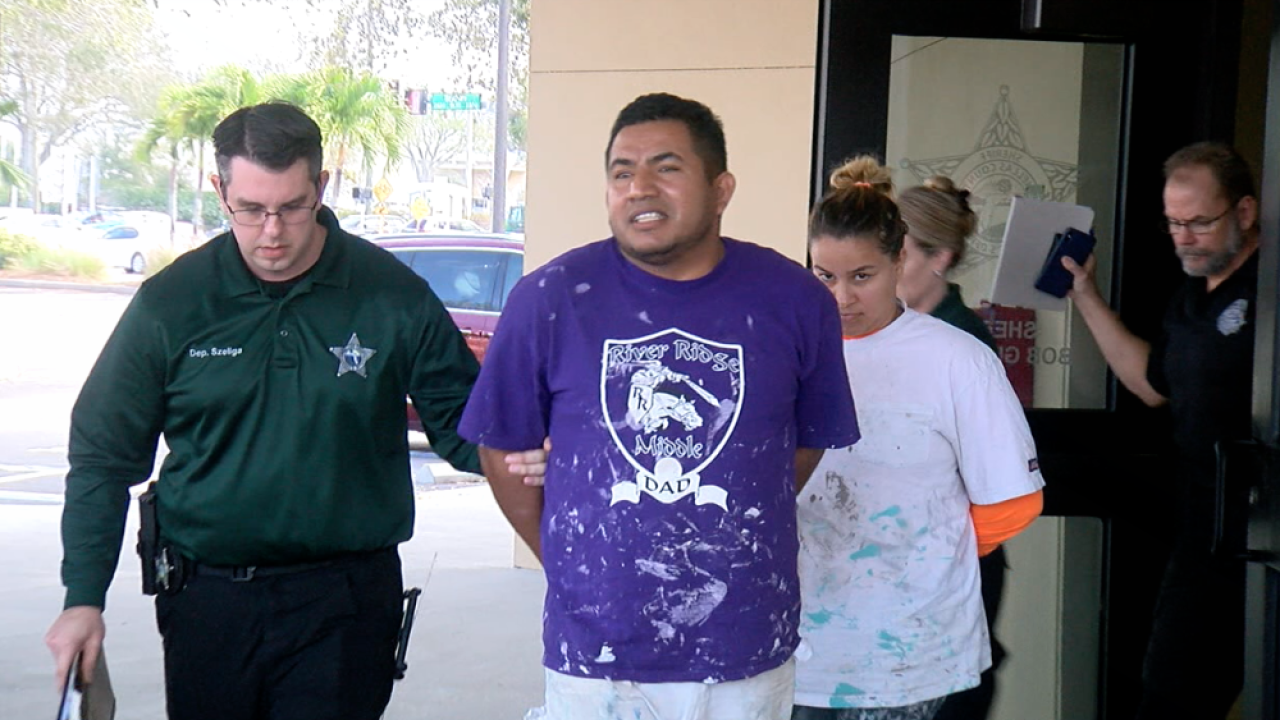 “They aren’t just trying to make a living, they are trying to rip people off and for many of these people its a scam,” said Sheriff Bob Gualtieri.

Gualtieri said they’ve arrested about 150 suspected unlicensed contractors since the beginning of 2018.

“The total value of work people offered to do under these operations is about $700,000,” said Gualtieri.

Dave Feddon owns Feddon Mechanical. He is also the president of a local trade group called Plumbing Heating Cooling Contractors. He applauds the undercover investigations. Feddon said homeowners could lose out financially if they fall for an unlicensed contractor.

TAKING ACTION FOR YOU | Check a contractor's license in Florida

"The insurance companies are going to catch that you’ve done work that is unpermitted and they aren’t going to cover it,” said Feddon.

Gualtieri said he plans to continue these undercover operations.