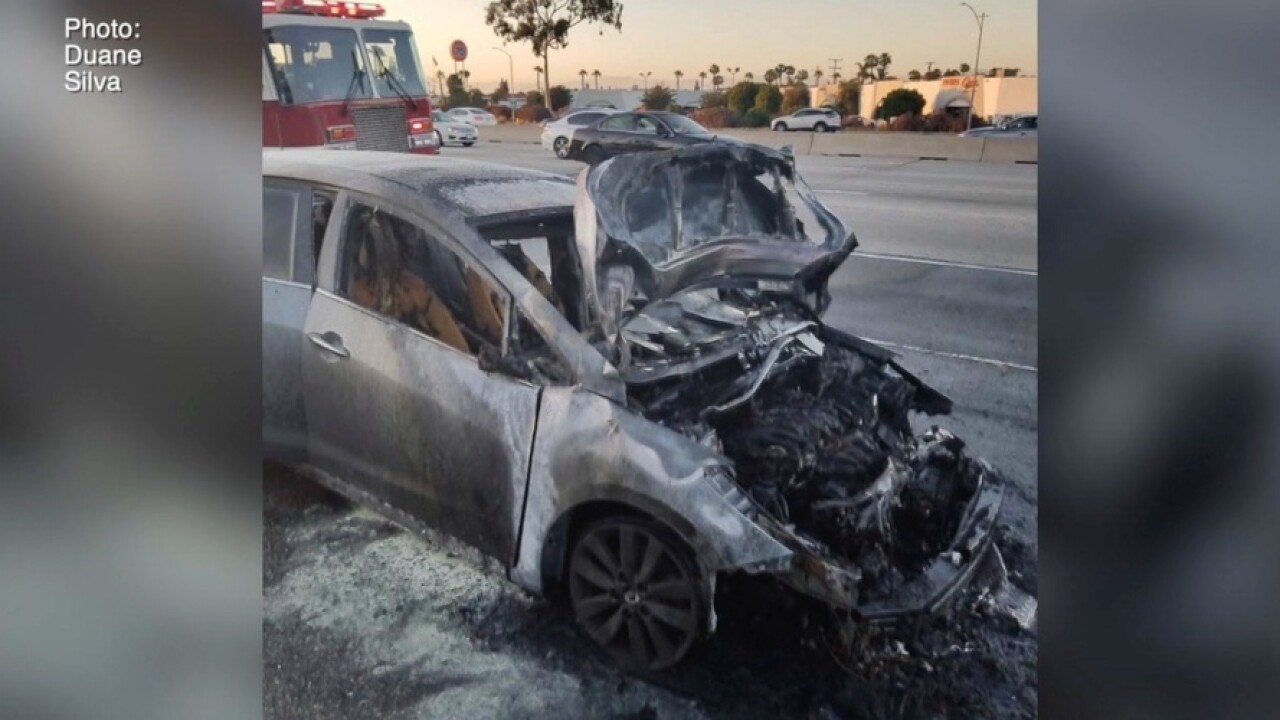 We’ve interviewed half a dozen Kia owners whose vehicles burst into flames. For the first time today Kia told us they will examine at least two of those vehicles to find out what went wrong.

Duane Silva and his 10-year-old son barely escaped the family's 2014 Kia forte when the engine caught fire three weeks ago.

We’ve interviewed a total of six Kia owners whose cars burned up; including Thomas Clinard, who showed us emails saying Kia refused to inspect their vehicle.

We’ve pushed Kia on this issue for weeks. Today a corporate spokesperson confirmed they were tracking down two of the vehicles, a Forte and Sorento involved in two of the most recent fires we told them about.

The automaker says it will inspect the Silva's Forte tomorrow. we notified the family today. The Silva’s say it is the first time Kia showed an interest in their vehicle.

The I-team uncovered more than 60 fires involving Sorentos and Optimas from 2011 to 2014. The stories caught the attention of the Center for Auto Safety and Senator Bill Nelson.

Both formally asked the National Highway Transportation and Safety Administration to investigate the fires. Today NHTSA said it is reviewing any non collision fire complaints and other data on all Kia vehicles.

NHTSA says it has received more than 400 complaints involving all Kia and Hyundai vehicles. The review targets both automakers. It could lead to a safety defect investigation which would mean recalls.