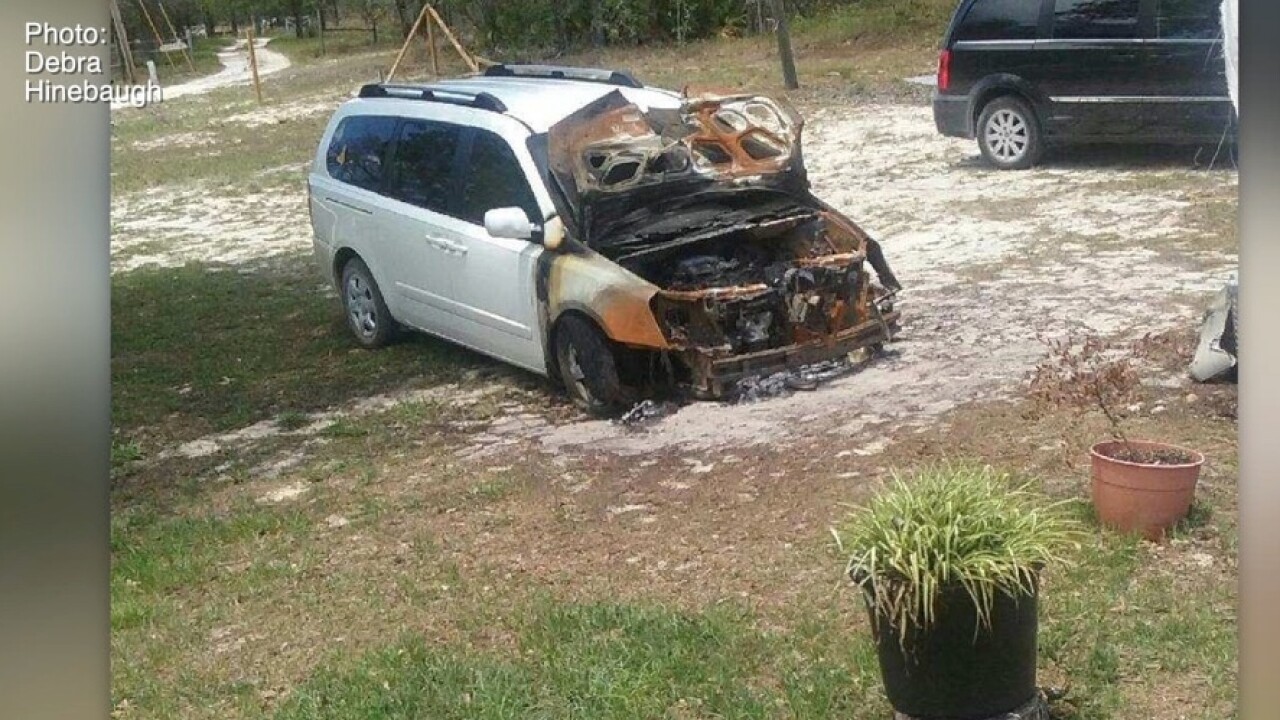 Debra Hinebaugh couldn't believe the car she had not driven in two days burst into flames. She grabbed a hose and started putting it out, but it took the fire department to douse the flames.

Debra and her husband say the 2007 Sedona only had 60,000 miles on it and had just been serviced. They reported the fire to Kia but claim the manufacturer had no interest in what happened and denied any possible defect issue.

Hailey Johnson says Kia told her the same thing after her 2008 Sorento burned up while parked in March.

In response to our questions about Hinebaugh’s Sedona, a Kia spokesperson wrote.

“The customer filed an insurance claim and Kia has not been granted access to inspect the vehicle…..Therefore Kia is unable to determine the cause...”

Since 2007 the Center for Auto Safety reports 100,000 Kias involving different models have been recalled for fire hazards. But neither Johnson’s Sorento or Hinebaugh’s Sedona was on that recall list.

Kia told us they cooperate with all government inquiries.

The government is the only entity who can force a recall. NHTSA encourages people to report these issues so it can investigate. It is as easy as going to www.safercar.gov.