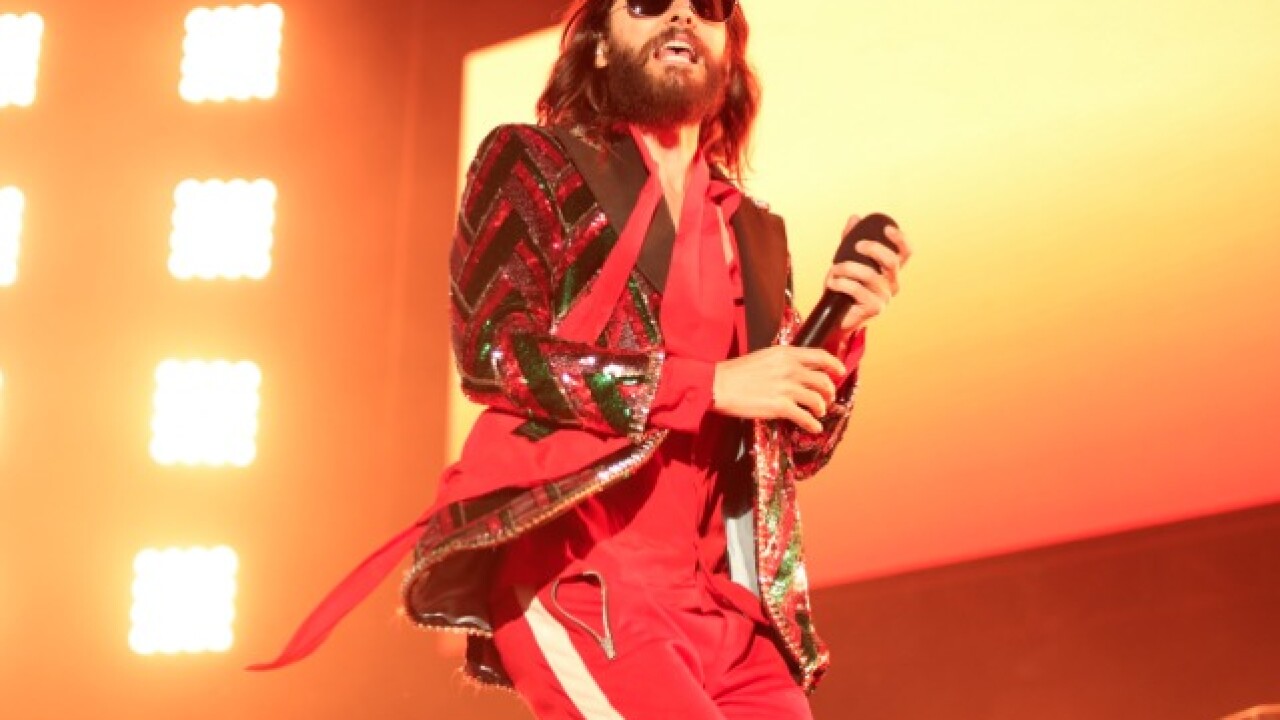 TAMPA BAY, Fla. - If you're looking for something fun to do this weekend (June 29 - July 1), there's plenty of action happening around the Tampa Bay area.

When: 6:30 p.m.
Where: Mahaffey Theatre at 400 1st Street South, St. Petersburg
Cost: $42.50
Info: With more than 90 years in showbiz between them, Donny & Marie are bringing classic songs along with their chart-toppers like “Puppy Love,” “Paper Roses,” and “A Little Bit Country, A Little Bit Rock N Roll.” Add in sibling humor, their supreme Las Vegas band and dancers, along with high-energy style and dance numbers, this is one production that is total entertainment for the young and young at heart.

When: 8 p.m.
Where: The Straz Center at 1010 N Macinnes Place, Tampa
Cost: $39.25
Info: Now celebrating 17 years of female empowerment through hilarious musical comedy, Menopause The Musical has evolved as a “grassroots” movement of women who deal with life adjustments after 40 by embracing each other and the road ahead. Inspired by a hot flash and a bottle of wine, Menopause The Musical was created as a celebration of women who find themselves at any stage of “The Change.” The laughter-filled 90-minute production gets audience members out of their seats and singing along to parodies from classic pop songs of the ‘60s, ‘70s and ‘80s.

When: June 30 - July 1
Where: St. Armands Circle / Lido Key Beach at 1100 Benjamin Franklin Drive, Sarasota
Cost: Click here for more information
Info: The 34th Sarasota Grand Prix Festival kicks off this weekend! The finale of the 2018 SuperStock Championship will feature powerboat racing and jet ski racing as they team up for a weekend of speed and power in front of hundreds of thousands of fans gathered on Lido Beach.

When: 12 p.m. - 7 p.m.
Where: Curtis Hixon Park at
Cost: Free
Info: BURGERS, SAMMIES & SIDES! Join the Bay Area restaurants in this annual bragging rights competition and fundraiser to find out who has the “Best Sammich in the Bay!” Each competitor will sell sample sizes of their burgers, sammies and sides - so you can pay as you go! Beer, Wine and drinks also be available for purchase. A panel of culinary and local celebrity judges will choose awards for those who can cook the best burger, sammich and side!

When: 1:15 p.m. - 5 p.m.
Where: Downtown Safety Harbor
Cost: $50
Info: Experience the charm of downtown Safety Harbor on the Food and Art Tour! A food tour, also called a culinary tour, is a professionally guided tour of the local food and beverage scene. With each stop, participants will learn about a local establishment, sample food and drink, and spend time socializing. They not only introduce you to many of the amazing restaurants and unique dishes that Safety Harbor has to offer, but they also tour and discuss the numerous public and private art that is displayed in and around the downtown area. Find out why the city of Safety Harbor has been called the "Jewel of Tampa Bay."

Story:  Pedal and drink around Tampa Bay on Kraken CycleBoats

When: 8 p.m.
Where: Capitol Theatre at 405 Cleveland Street, Clearwater
Cost: $25
Info: Rock & Roll Hall of Famer, Roger McGuinn returns to the historic Capitol Theatre for the first time since 2012! He has not only lived history, he made history with his fearless sense of experimentation. Roger’s solo career began in 1973 and has yielded ten albums, a Grammy nomination and extensive touring for enthralled audiences ever since.

Yoga at the Dali Museum

When: 10:30 a.m.
Where: The Dali Museum at 1 Dali Boulevard, St. Petersburg
Cost: $10 members, $15 non-members
Info: Join Lucky Cat Yoga every Sunday at The Dali – a remarkable environment where Dali’s energy infuses the physical, mental and spiritual inspiration of yoga. Classes are held in the Raymond James Community Room or Avant-Garden, both with incredible views of the waterfront. The Lucky Cats teach vinyasa yoga, an all-levels approach that incorporates an interplay of basic breath work, postures, meditation and relaxation. Each student is encouraged to awaken and sustain their practice at their own pace. Please arrive early on a light stomach. Don’t have a mat? We have several on hand to lend.

When: 7 p.m.
Where: The Straz Center at 1010 North Macinnes Place, Tampa
Cost: $36.50
Info: After two consecutive years of bringing down the house, “Bring It! Live” is back by overwhelming demand, and set to take the stage in Tampa. Miss D and her Dancing Dolls, the stars of Lifetime’s hit series Bring It! will be coming to the Straz Center with an all new “Bring It! Live” 2018 summer tour.