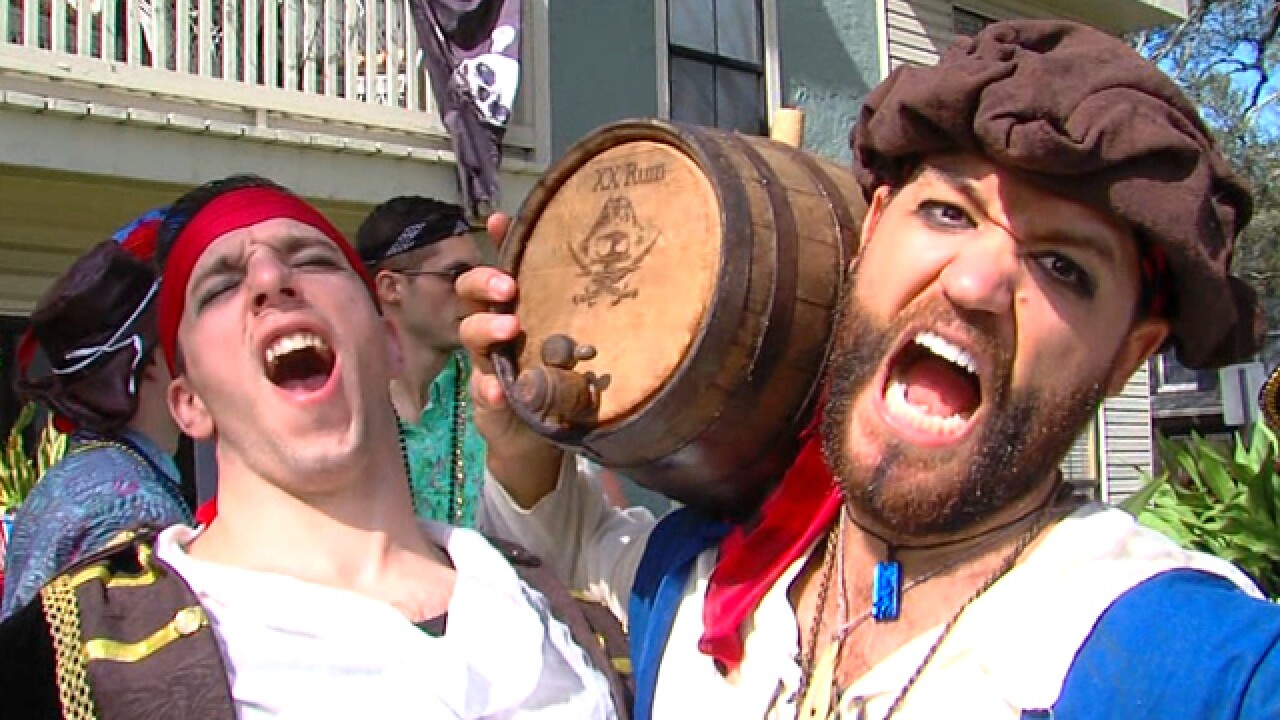 From Gasparilla to the NHL All Star Game, this weekend (January 19-21) will be jam-packed with fun events throughout Tampa Bay.

When: 7:30 p.m.
Where: David A. Straz, Jr. Center for the Performing Arts at 1010 North Macinnes Place, Tampa
Cost: $43.25
Info: Decades Rewind is a national touring concert, dance party and theatrical performance wrapped up in one. Music from the ’60’s, ’70’s and ’80’s take center stage in this brand-new show featuring more than 60 songs, 100 costume changes and nostalgic video. From Aretha to Zeppelin, Decades Rewind will have you singing and dancing in the aisles. This is the story of your life!

Fitz and The Tantrums at NHL All Star Friday Night

When: 8 p.m.
Where: Curtis Hixon Waterfront Park at 600 North Ashley Drive, Tampa
Cost: Free
Info: As part of NHL All-Star weekend in Tampa, Fitz and the Tantrums will be headlining a free concert at Curtis Hixon Park. The neo soul/inde pop band will be the main act in the 2018 Enterprise NHL All-Star Friday Night concert. The NHL and Tampa Bay Sports Commission announced the two hour concert will begin at 8 p.m. and feature additional musical performances and special guest appearances. The event is free and open to the public, with no ticket required for entry.

When: 8 p.m.
Where: Tampa Improv Comedy Theater at 1600 East 8th Avenue, Tampa
Cost: $35
Info: Chris D’Elia is best known for his starring role on the NBC comedy series Undateable. His latest standup special, Man on Fire, debuted on Netflix in 2017. He has also appeared on Comedy Central’s Workaholics, TBS’sGlory Days, Live Nude Comedy, The Tonight Show with Jimmy Fallon and Comedy Central Presents. Check out his show performances at the Tampa Improv Comedy Theater through Saturday.

When: 9 a.m. - 5 p.m.
Where: Downtown Dade City at 14112 8th Street, Dade City
Cost: Free
Info: Come and enjoy the unique, quaint and family fun of "old Florida" during our Annual Kumquat Festival in historic downtown Dade City - it's one of a kind!  The Annual Kumquat Festival is a free event, featuring the “Kumquat Growers” located in the Wells Fargo parking lot, where you can learn about and purchase kumquats. The festival includes over 400 vendors, car show, kids activities and much more!

When: 9 a.m. - 2 p.m.
Where: 128 Authority Lane, Sebring
Cost: Click here for ticket information
Info: The return of the Sebring Drone Race brings an even more exciting race than ever before!
This event will once again feature some of the world’s top drone pilots competing for one of the industry’s largest cash purses to date!

When: 10 a.m. - 5 p.m.
Where: Lakeland Pigfest at P.O. Box 8814, Lakeland
Cost: Adults $2 | Kids Free
Info: Join the Lakeland Pigfest Board of Directors and the over 150 competition barbecue teams for a weekend of good eatin’, good friends, and good tunes to benefit Lakeland-area charities as we kick off the 22nd Annual Lakeland Pigfest!

When: 11 a.m.
Where: Downtown Tampa
Cost: Free
Info: Since 1904, pirates have been invading Tampa for the annual Gasparilla Pirate Fest! Pirate accents and eye patches will be aplenty and parking and traffic will be busy. The Gasparilla Invasion will start at 11 a.m. when the Jose Gasparilla will set sail at the south end of Hillsborough Bay and travel north to Seddon Channel to dock at the Tampa Convention Center at 1 p.m. A Gasparilla Brunch will be held at the Tampa Convention Center from 10 a.m. to 1 p.m. Tickets are required for this event. The Parade of the Pirates begins at 2 p.m. The parade will begin at Bay to Bay Boulevard and Bayshore Boulevard It will continue along Bayshore Boulevard to Brorein Street turning east on Brorein Street and then north on Ashley Drive. The parade will end at Cass Street and Ashley Drive. The parade is FREE to attend.

When: 7:30 p.m.
Where: Amalie Arena at 401 Channelside Drive, Tampa
Cost: $82 - Click here for ticket info
Info: The 2018 GEICO NHL All-Star Skills Competition will begin at 7:30 p.m. at Amalie Arena. Each of the 44 All-Stars will compete in at least one of the six rounds of skill-based contests. They include the Skills Challenge Relay, Four Line Challenge, Accuracy Shooting, Fastest Skater, Hardest Shot and NHL Shootout.

Masters of Illusion: Believe the Impossible

When: 8 p.m.
Where: The Mahaffey Theater at 400 1st Street Southeast, St. Petersburg
Cost: $29.50
Info: Masters of Illusion, America’s largest touring magic show, returns on their “Believe the Impossible” tour! Nothing beats the experience of seeing a magic show in person. You will see grand illusions, levitating women, appearances, vanishes, escapes, comedy, magic, sleight of hand and beautiful dancers all rolled up into one live show! Only the best, most unique, amusing, astounding and amazing performers have been chosen to perform in this huge stage phenomenon.

When: 8:30 p.m.
Where: David A. Straz, Jr. Center for the Performing Arts at 1010 North Macinnes Place, Tampa
Cost: $40.50
Info: Miranda Sings (a.k.a. Colleen Ballinger) is known for her overdrawn red lips, questionable advice about singing and life, a deluded self-confidence and over-the-top rants about her family and personal problems. Miranda has appeared on Jerry Seinfeld’s Comedians in Cars Getting Coffee and The Tonight Show with Jimmy Fallon and stars in the Netflix original series Haters Back Off! The character Miranda was created in 2008 to parody the young, self-absorbed singers with far more confidence (and vibrato) than talent — which Colleen saw uploading videos to YouTube.

When: 6 a.m. - 11 a.m.
Where: 81Bay Brewing Company at 4465 West Gandy Boulevard, Tampa
Cost: Click here for more information - https://www.facebook.com/events/148091645820118/
Info: Enjoy our full regular breakfast buffet and a build-your-own Bloody Mary Bar. Too much grog and rum the night before? Relax and recover on a post-Gasparilla lazy Sunday, with a full hot breakfast and a build-your-own Bloody Mary Bar.

When: 11 a.m. - 5 p.m.
Where: Florida State Fairgrounds at 4800 U.S. 301, Tampa
Cost: Free
Info: At the Florida Bridal & Wedding Expo, you’ll find everything you need to have the perfect wedding day! Whether you envision a formal black-tie affair or a casual barefoot ceremony on the beach, our carefully selected experts are ready to offer advice in creating timeless memories for your perfect wedding.

When: 12 p.m. - 3:30 p.m.
Where: Amalie Arena at 401 Channelside Drive, Tampa
Cost: Free
Info: Fans can meet and greet the NHL's brightest stars and coolest celebrities as they walk the Red Carpet at Amalie Arena. During the second intermission of the All-Star game, Kid Rock will perform as the headlining act.

When: 3:30 p.m.
Where: Amalie Arena at 401 Channelside Drive, Tampa
Cost: Click here for ticket information
Info: Come watch the best players in hockey square off in the 2018 NHL All-Star Game at Amalie Arena on Sunday!