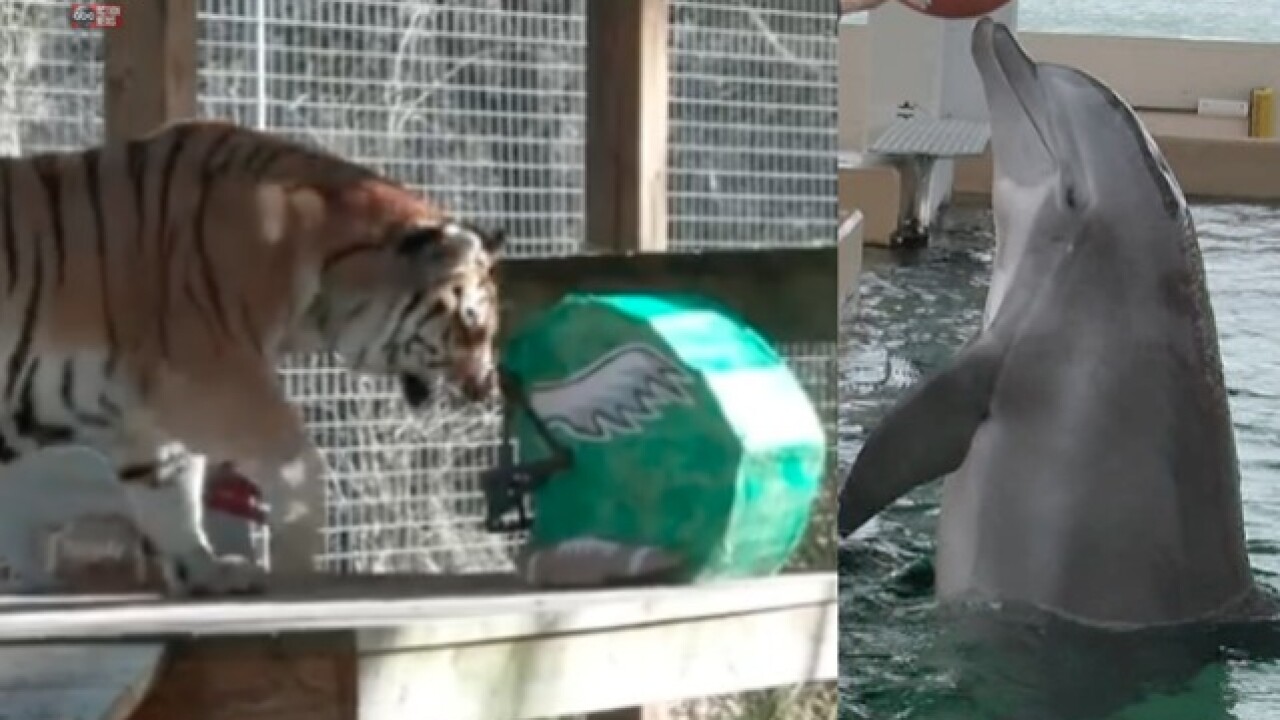 When it comes to the Super Bowl, predicting the winner can be a hard decision.

But for two Tampa Bay animals, they had no problem making a choice to see who would take the Big Game.

Nicholas, the rescue dolphin at the Clearwater Marine Aquarium, picked the New England Patriots earlier this week. He has an impressive 3-for-3 prediction record.

Kali, a 17-year-old tigress at Big Cat Rescue, went the other way and chose the Philadelphia Eagles.