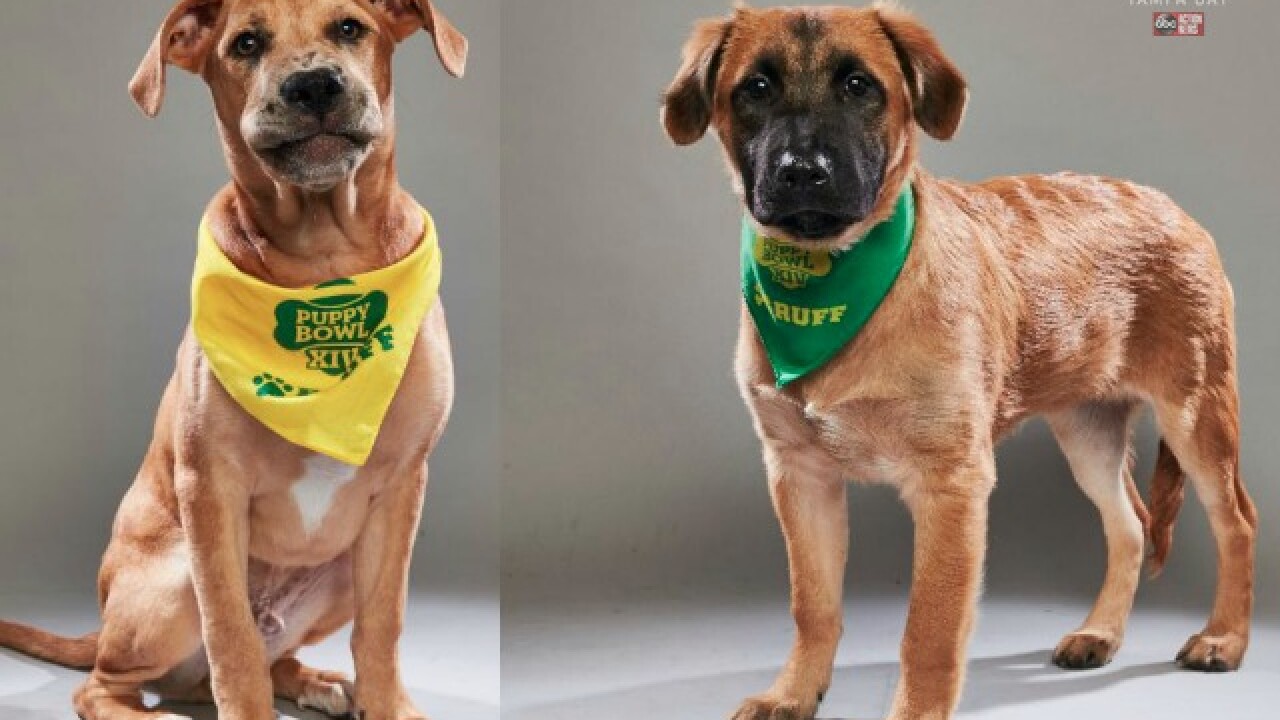 Millions of people will tune in to see the Philadelphia Eagles take on Tom Brady and the New England Patriots in Super Bowl LII; but that isn't the only big event happening that day.

Indeed, there's another "bowl" happening that some would consider pretty super as well: Puppy Bowl XIV on Animal Planet.

The best part? Two puppies from Tampa Bay will be participating in the cutest competition in sports!

Kelly Barkson and Henry, who were rescued from Pasco County Animal Services, will go paw to paw and nose to nose with 90 adoptable puppies from shelters and rescues across the country.

Team Ruff and Team Fluff will compete to win the Lombarky Trophy.

Kelly Barkson, a Golden Retriever/Lab mix, was rescued on August 2 at just 8-weeks-old. Henry, a Catahoula mix, was 6-weeks-old when he was rescued on July 14. Both puppies have since been adopted.

The Puppy Bowl kicks off at 3 p.m. on Animal Planet. The game will repeat for a total of 10 hours on Super Bowl Sunday in case you miss any of the action.