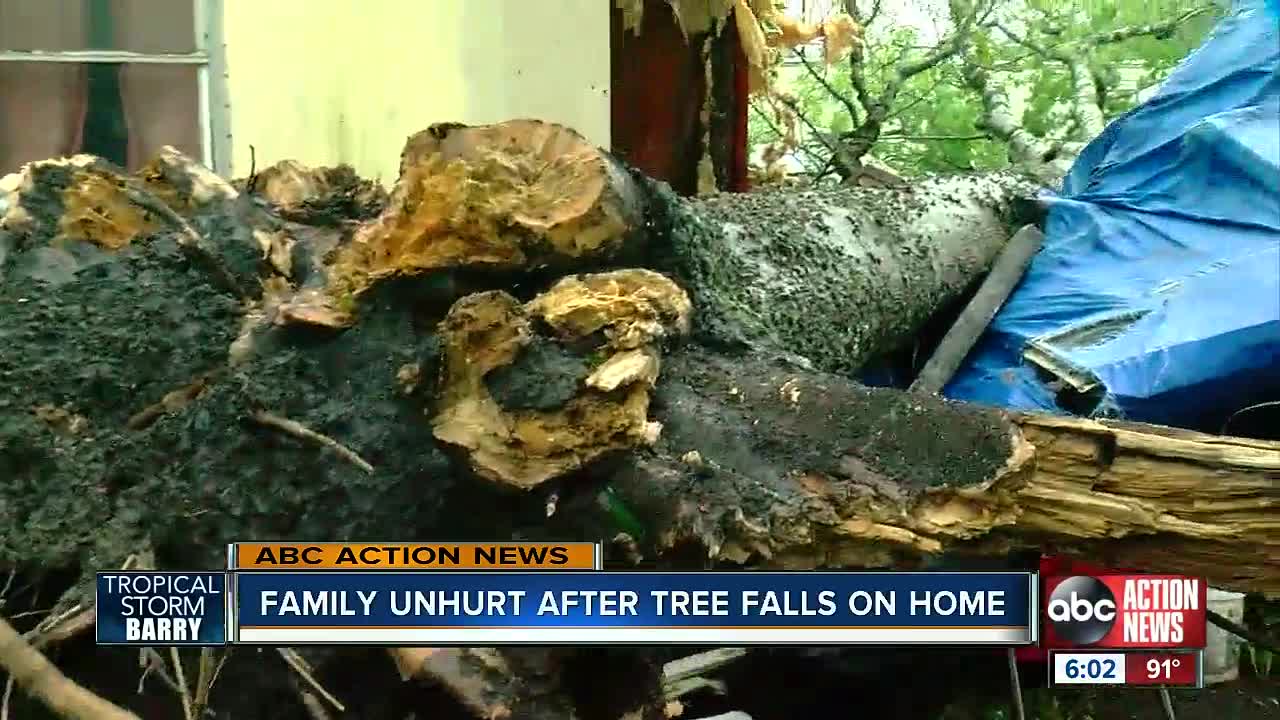 The National Hurricane Center said Monday's 5 a.m. update is the last advisory they will be publishing.

The storm made landfall near Intracoastal City as a Category 1 hurricane on Saturday with maximum sustained winds at 75mph. It quickly weakened to a tropical storm and on Sunday weakened again into a tropical depression.

RELATED: 'The worst is yet to come' as Barry threatens 11 million people with flooding

#Barry made landfall as a hurricane early this afternoon near Intracoastal City, LA. Although the center is now over land, the rainfall threat is just beginning for many locations. Continue to follow updates at https://t.co/tW4KeGdBFb and https://t.co/SiZo8ozBbn pic.twitter.com/2IFyKGpHtb

RELATED: Man finds a lake at his front door as Barry dumps rain and overtops levees

NHC says Barry is moving north at 9 mph, and it's expected to stay is that general direction through Monday. It will move over Arkansas Sunday night into Monday.

RELATED: Barry moves deeper into Louisiana with more rain on the way

New Orleans officials asked people to keep at least three days of supplies on hand and to keep their neighborhood storm drains clear so water can move quickly.

The system won't have any direct impact on the Tampa Bay area.

Barry is the second named Atlantic storm of the year. The first named storm of the season, Subtropical Storm Andrea, formed in the Atlantic Ocean back in May but quickly died out.

Tropical Storm WATCH: An announcement that tropical storm conditions (sustained winds of 39 to 73 mph) are possible within the specified coastal area within 48 hours.

Tropical Storm WARNING: An announcement that tropical storm conditions (sustained winds of 39 to 73 mph) are expected within the specified coastal area within 36 hours.

Hurricane WATCH: An announcement that hurricane conditions (sustained winds of 74 mph or higher) are possible somewhere within the specified coastal area. A hurricane watch is issued 48 hours in advance of the anticipated onset of tropical-storm-force winds.

Hurricane WARNING: An announcement that hurricane conditions (sustained winds of 74 mph or higher) are expected somewhere within the specified coastal area. A hurricane warning is issued 36 hours in advance of the anticipated onset of tropical-storm-force winds