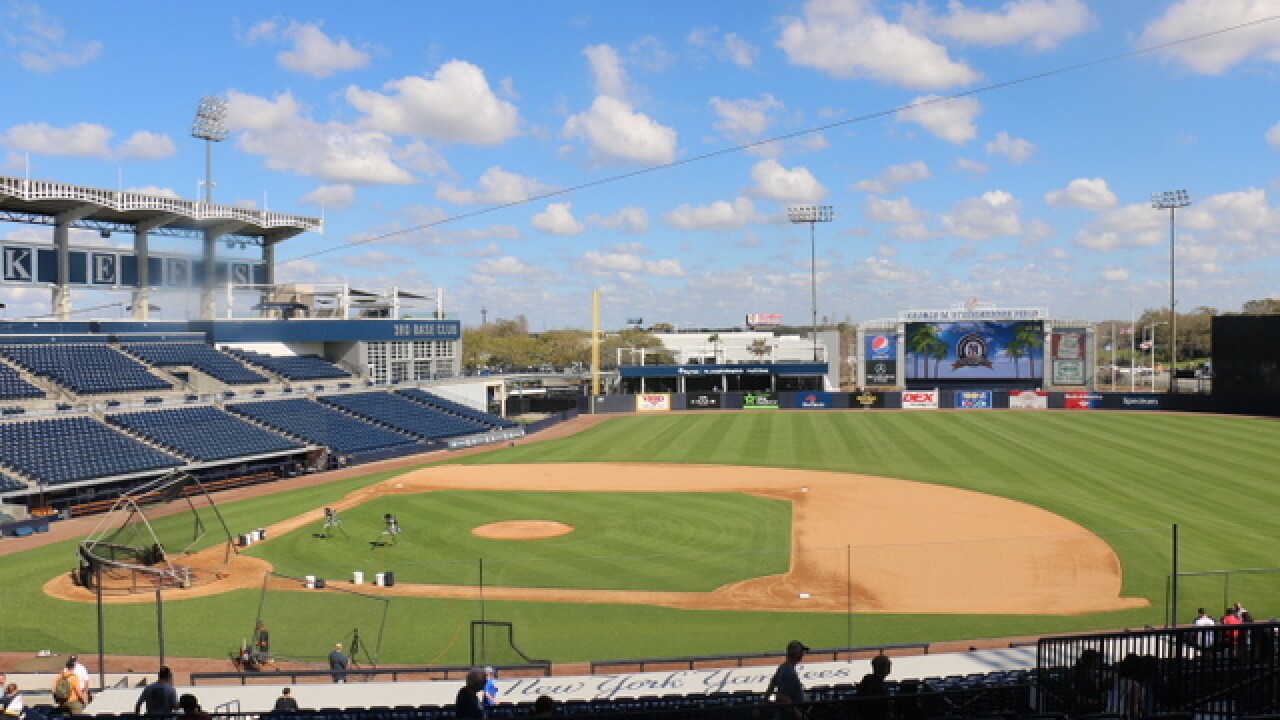 Houston Astros first baseman Yuli Gurriel will have to wait even longer before playing this season.

Gurriel had surgery on his left hand Wednesday and the normal recovery time is six weeks.

Opening day for the World Series champions is March 29, when the Astros visit Texas. When Gurriel returns, he will serve a five-game suspension imposed by Major League Baseball for making an inappropriate gesture toward Dodgers pitcher Yu Darvish during the World Series.

Astros general manager Jeff Luhnow said Gurriel’s hand was broken before he came to camp. Luhnow said he did not know the original cause of the fracture.

“It was non-symptomatic until recently and he started to feel something,” Luhnow said. “Once you start feeling something, the right course of action is to just remove it because it’s a pretty reliable surgery, and we know what the outcome is going to be.”

The 33-year-old Gurriel hit .299 with 18 homers and 75 RBIs last year in his first full season in the majors. He played in one exhibition game this spring and homered.

A.J. Reed, J.D. Davis and Tyler White will get time to audition as a replacement.

Houston also can turn to Marwin Gonzalez, who feels comfortable all over the field. He played 31 games at first last year, and led Houston with 90 RBIs.

“Marwin will get a few more reps at first, although he doesn’t need as many reps at first given that we still want to move him around quite a bit,” manager A.J. Hinch said.

AROUND THE GRAPEFRUIT AND CACTUS LEAGUES

Giancarlo Stanton and Aaron Judge played together for the first time with the Yankees. Stanton doubled, singled and scored on a home run by Gary Sanchez. Judge went 0 for 2 as the DH in his first game since shoulder surgery last November. Daniel Norris started for Detroit and retired the last four batters he faced after Sanchez’s first-inning homer.

Byron Buxton had the only two hits for Minnesota’s split squad, including a solo homer. Twins closer Fernando Rodney pitched the fourth inning and allowed one run on a hit and a walk. Ryan Yarbrough started for Tampa Bay and gave up one hit in two shutout innings. Rays infielder Matt Duffy was scratched because of back spasms.

Nationals star outfielder Bryce Harper was scratched due to an ingrown toenail and likely won’t play again until this weekend.

Yairo Munoz homered twice in the seventh inning and drove in four runs for St. Louis. The Cardinals got the 23-year-old shortstop/outfielder in the winter trade for Stephen Piscotty. Munoz got three hits for the second straight day.

Matt Harvey allowed a run on two hits in two innings in his first spring start for New York. He fanned two and walked one. Zack Wheeler, who hopes to be part of the Mets’ rotation, pitched the fourth and allowed a run on three hits. Atlanta starter Brandon McCarthy threw three scoreless innings.

Angels star Mike Trout went 0 for 2 in his first appearance this spring. Jason Kipnis and top prospect Bobby Bradley each had two of the 23 hits by a Cleveland split squad. Angels closer Blake Parker pitched the fourth inning and surrendered three runs on four hits.

Melvin Upton Jr. hit a two-run homer off closer Edwin Diaz for Cleveland’s split squad. Diaz pitched the fifth inning and gave up two hits and a walk with two strikeouts. Taylor Motter had an RBI triple for the Mariners.

Jose Abreu hit his first Cactus League homer of the spring, a two-run shot in the bottom of the eighth for Chicago. Jurickson Profar doubled in a run and scored for Texas. Rangers starter Matt Moore allowed one hit in two shutout innings.

Brandon Crawford had two hits and drove in a run for San Francisco. Milwaukee prospect Keston Hiura had two hits and two RBIs and starter Jhoulys Chacin fanned three in two shutout innings. The Brewers tied it with seven runs in the bottom of the ninth.

Kyle Hendricks gave up two unearned runs in a two-inning start for Chicago. Anthony Rizzo had two hits and scored a run for the Cubs. Khris Davis hit a two-run homer for Oakland.

Alcides Escobar had two hits for Kansas City, which is 4-0 and the only unbeaten team in exhibition play. Salvador Perez doubled in a run for the Royals.