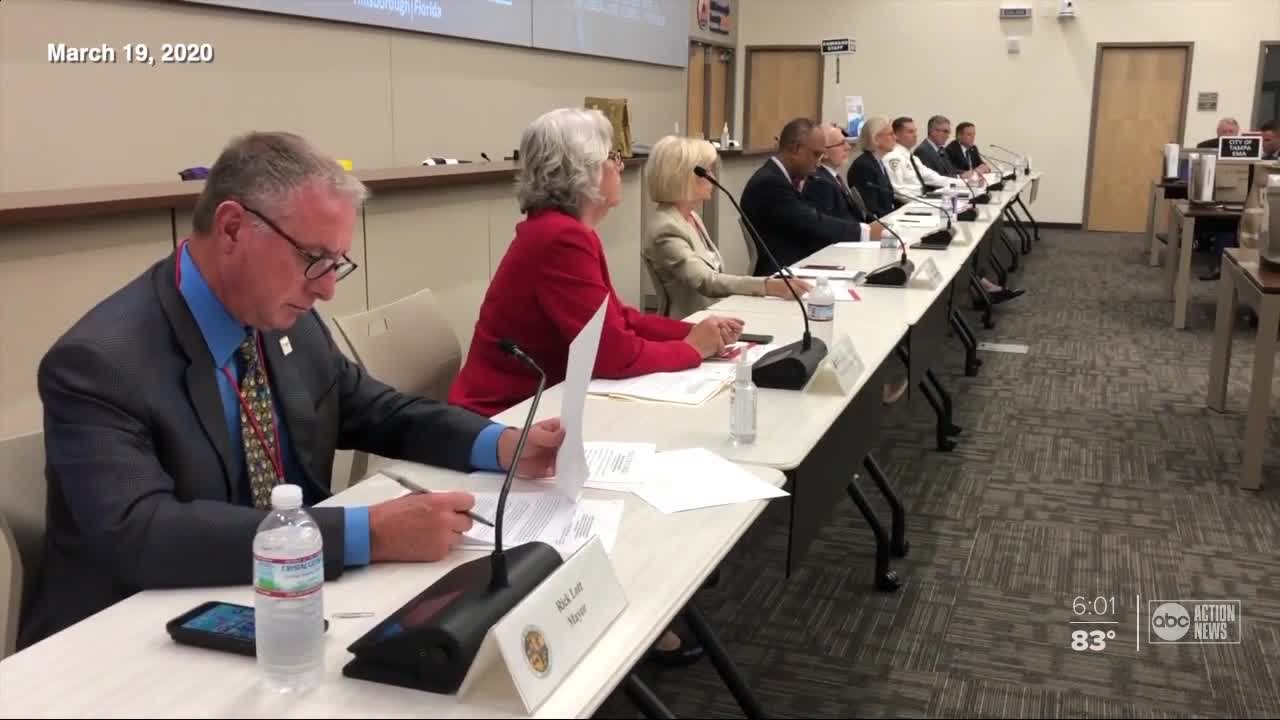 Hillsborough County announced it will not issue a stay-at-home order... yet. 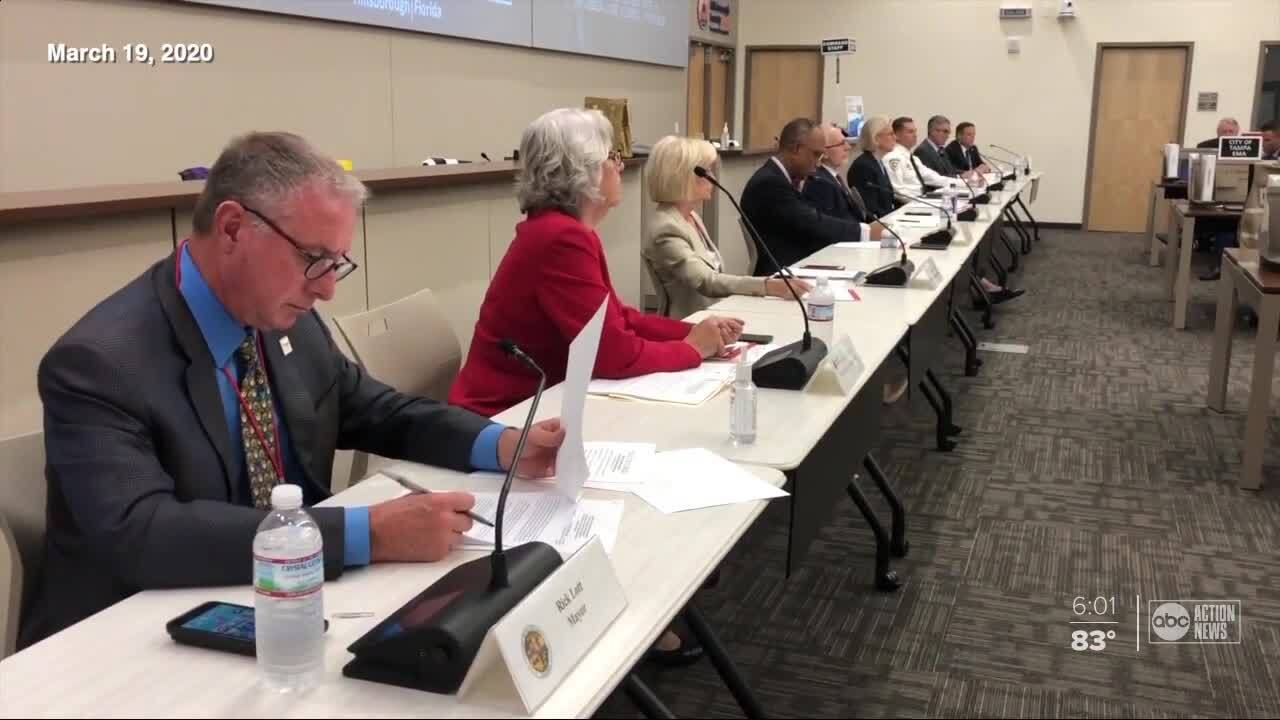 TAMPA, Fla. -- Hillsborough County leaders decided not to issue a local stay-at-home order for its residents on Monday.

The county's decision to not take action goes against Mayor Jane Castor's push to promote social distancing. Mayor Castor said over the weekend that she had planned to issue a localized version of a stay-at-home order if Governor Ron DeSantis chooses to not issue a similar order at a state level.

"The more we kick this issue down the road, the more people are going to die in our community," Mayor Castor said Monday.

Florida Gov. Ron DeSantis says he wants to avoid imposing a statewide lock down, saying he still believes targeting the counties hardest hit by the coronavirus for the most extreme measures is the preferable path.

DeSantis says about a third of Florida's 67 counties have no confirmed cases and another third have few, so he doesn't yet see the need to impose a near shutdown on their businesses that have been imposed in large, heavily infected counties such as Miami-Dade, Broward and Palm Beach.

In the meantime, Hillsborough County leaders voted to direct county attorneys to bring back possible policies on a curfew at their next meeting Thursday and information on a stay at home policy at a later date.

"The curfew is the first step to again limit the amount of exposure in the community. The issue of stay in place and the sheltering in place is something that we heard the medical professionals say would be extremely helpful but the concern is to be sure we carry it out in a way that’s effective and there will certainly be people once that order if it’s issued who would be immediately affected in terms of losing employment, and needing social services," said Hillsborough County administrator Mike Merrill.

Other group members wanted more clarification on which industries would have exemptions and to see further language. Commissioner Les Miller said he would prefer that type of order to come from the state level and that he doesn't believe Hillsborough County is at that point yet.

"We would be the only county on this side of the state as far as I know that would put a stay in place or shelter in place order in place. What happens to those people who are coming into Hillsborough County to work?," Miller said.

Sheriff Chronister said they need to see the language.

"If the EPG agrees to enact these policies then law enforcement is directed to enforce these policies but I can tell you in a declared state of emergency in our county no one in law enforcement wants to put anyone in jail especially our young people for violating a curfew or for someone who’s taking a job during the day," he said.

Prior to the weekend, Florida's Commissioner of Agriculture Nikki Fried urged Gov. DeSantis to issue a statewide stay-at-home order for all Floridians.

She also understands a statewide stay-at-home order may impact Florida's economy, but "it is a decision that will save lives."

A growing number of states are issuing stay-at-home orders to help slow the spread of COVID-19, the illness caused by the new coronavirus that has already killed thousands of people worldwide. See updated list here.

"I was very frustrated and very disappointed that we as the egg did not decide to put a stay in place stay at home order through or at least set a date to discuss it. Because the fact is science says and history has shown us with this virus the longer you wait the longer it’s going to take to recover from it . And the more lives that are gonna be lost so we need to act quickly," said Mayor Castor in a Facebook live video after the meeting.

Group members did agree on steps to expand testing in Hillsborough County.

They voted to open Raymond James stadium as a testing collection site once they have the necessary equipment. County leaders said opening is contingent on receiving personal protection equipment, which they are expecting a shipment of as early as Tuesday. They also said right now they have 900 collection swabs but know they will go through those quickly.

"The person has to call the call center line and be screened first and be given an authorization number to go to Raymond James site. That’s how you get there you can’t just drive up," said Merrill.

Four major hospitals in the area would provide the staffing, and said they're ready to support the site once it's open.