There are two new "villains" arriving on comic book shelves. 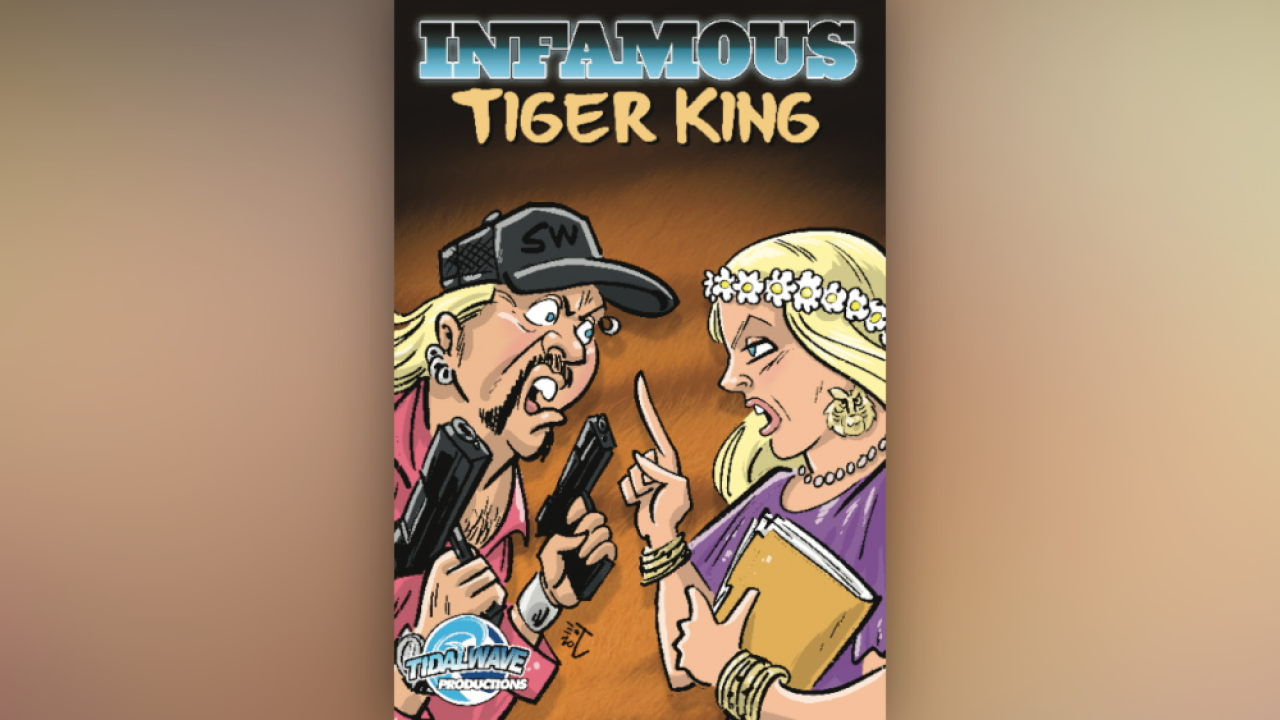 "Infamous: Tiger King" is inspired by the series "Tiger King," which because the most streamed show in America earlier this year.

Joe currently is in prison for hiring a hitman to try to kill Carole. He accuses her of killing her then-husband Don Lewis in 1997 and feeding his remains to her tigers.

The comic book goes into the true stranger-than-fiction origin story of both Joe and Carole.

The comic includes a page on the treatment of animals written by Brittany Peet, PETA Foundation Director of Captive Animal Law Enforcement.

There are 14 variant covers for the comic book, including one paying homage to Todd McFarlane's famous Amazing Spider-Man #300.

"Infamous: Tiger King" was written by Michael Frizell and drawn by Joe Paradise. Print copies from TidalWave Productions can be purchased on Amazon and at various comic book retailers. A digital version is also available.