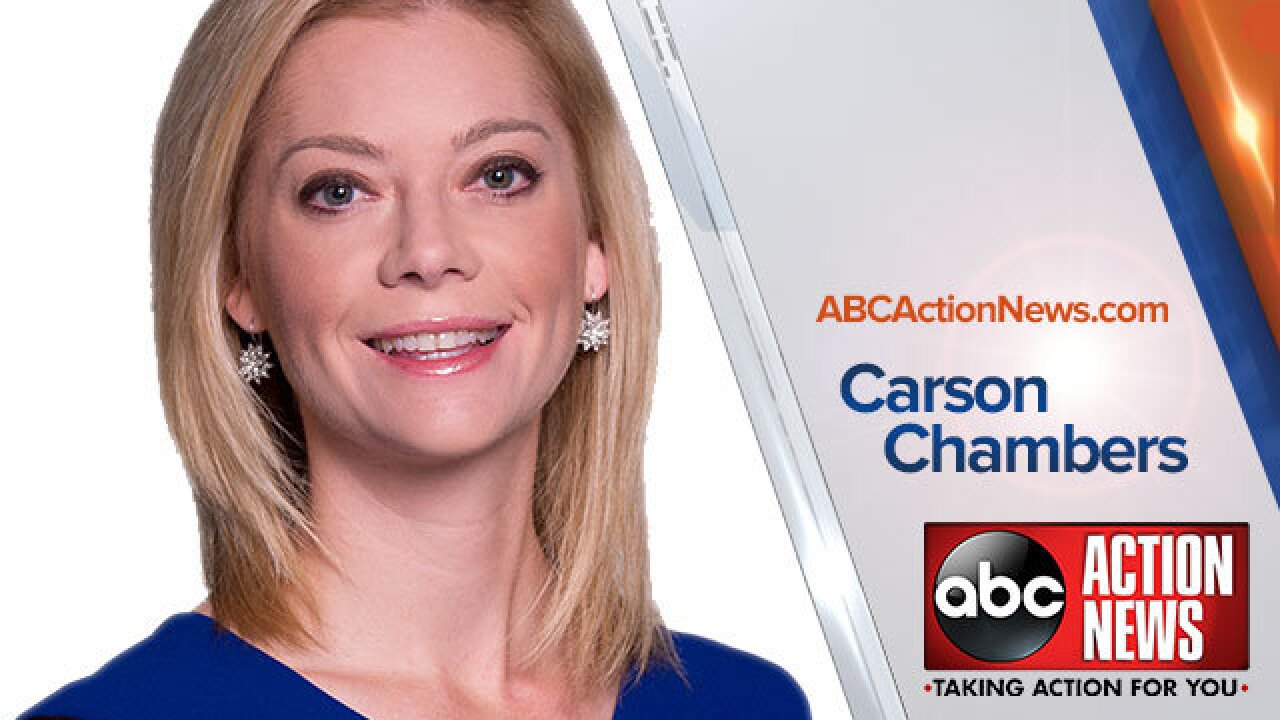 Carson Chambers is an Emmy-nominated journalist who was born and raised in Tampa.  She is a storyteller at heart and thrilled to be reporting in her hometown.

She also reported in Charlotte, Fort Myers/Naples, and Gainesville.

She was also part of a team providing a lifeline of 24-hour news coverage when Hurricane Charley devastated Southwest Florida as a Category 4 storm.

Carson grew-up boating and fishing on local waterways and caught her first tarpon in Boca Grande. She competed in state-ranked tennis tournaments and taught youth tennis camps in Tampa. She graduated from Berkeley Preparatory School in Tampa and Washington and Lee University in Virginia.

She appreciates hearing from viewers like you at cchambers@abcactionnews.com.