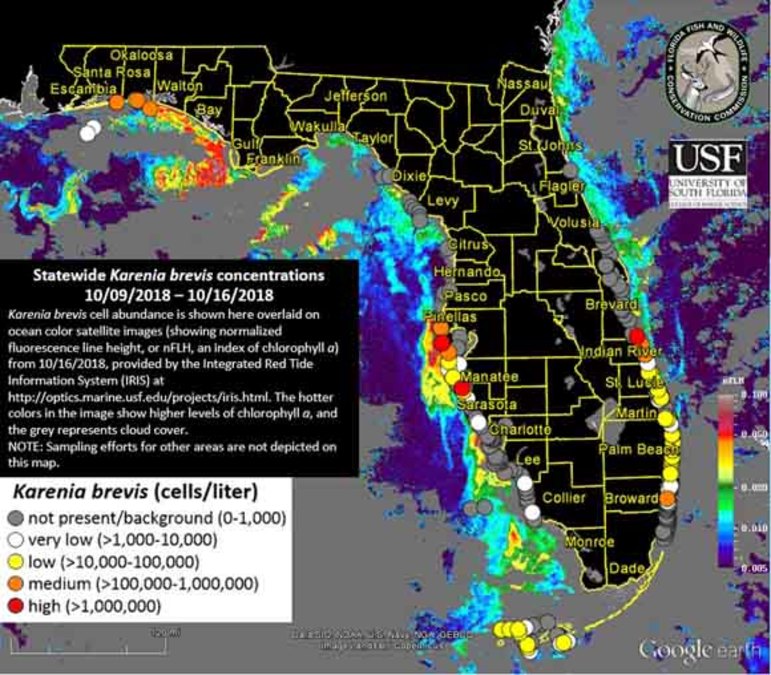 Respiratory irritation was reported over the past week in Southwest Florida (in Pinellas, Manatee, Sarasota, Lee, and Collier counties).

Forecasts by the USF-FWC Collaboration for Prediction of Red Tides for Pinellas to southern Monroe counties predict net northwestern transport of surface waters and southeastern movement of subsurface waters over the next three days.