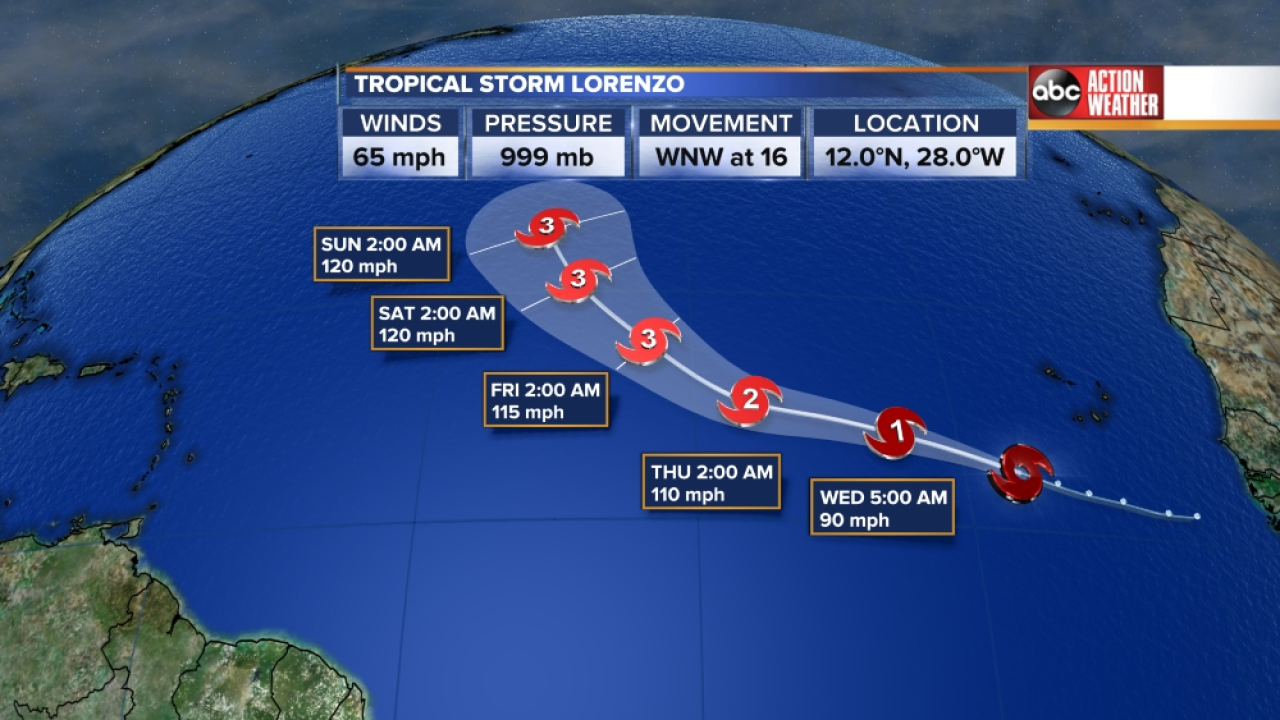 Tropical Storm Lorenzo formed over the far eastern Atlantic Ocean on Monday. and is expected to become a large and powerful hurricane, according to the National Hurricane Center.

NHC says "Lorenzo is moving toward the west-northwest near 16 mph, and this general motion with some decrease in forward speed is expected for the next couple of days, followed by a turn to the northwest on Thursday."